'One Yuan Doctor' still on call at the age of 75 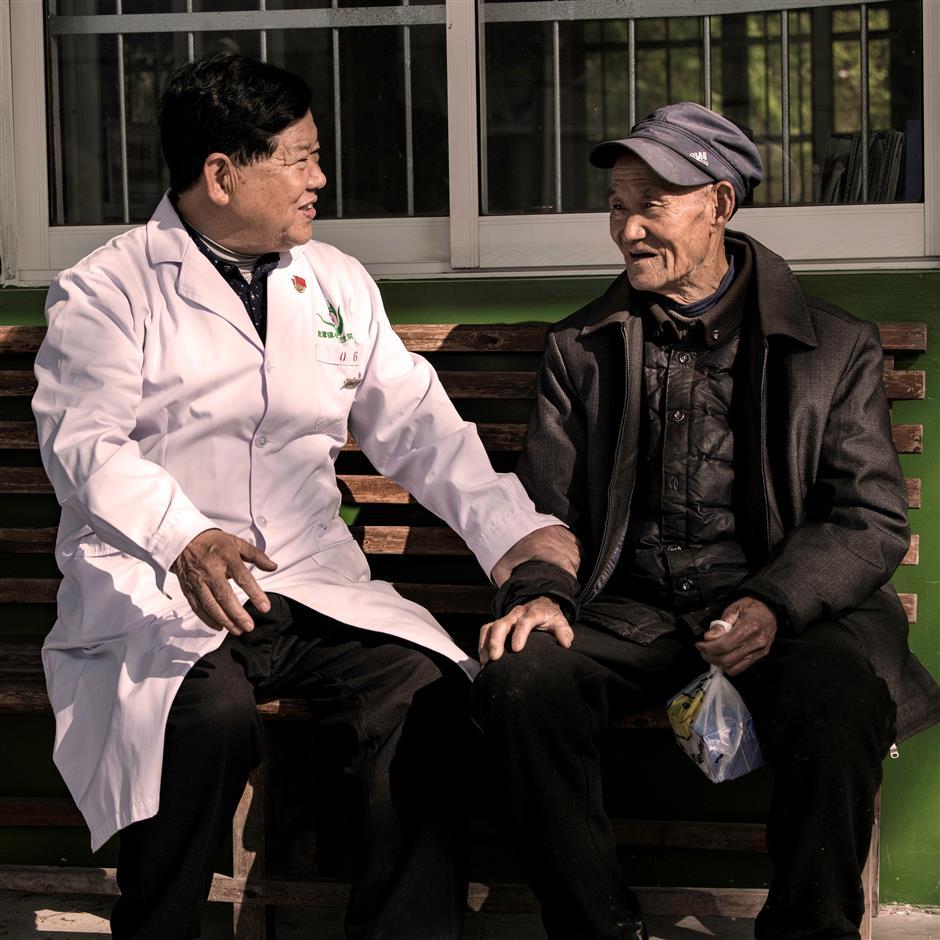 Wu Guangchao talks with an elderly patient outside his clinic. Wu is called “One-yuan Doctor” by locals in Meitang Village in Hangzhou’s Jiande County for his selfless medical consultation.

What can you buy for one yuan (15 US cents) in China? Maybe rent a bike or purchase a candy. However, for residents living in Meitang Village in Hangzhou’s Jiande County, one yuan pays for a consultation and medicine at Dr Wu Guangchao’s clinic.

Wu, 75, has been treating local villagers for over 50 years. A bungalow house is his clinic, and he only charges patients one yuan after the local government subsidy. Locals call him the “One-yuan Doctor.”

Last month, Chinese government awarded him the title of “Star of Integrity” to honor his contributions to the rural medical system. Only 10 people and organizations have been so honored throughout the country.

Wu is one of more than 1.4 million village doctors in China. In the 1960s, medical services were difficult to access for villagers in remote areas. At the time, Chinese government began to cultivate village doctors and build small clinics.

They have proved to be a strong force in supporting the country’s medical services, safeguarding the health of rural residents.

Today, village doctors are irreplaceable in some regions, as there are still millions of people living in the countryside with the closest hospital hours away via mountain paths or by river. 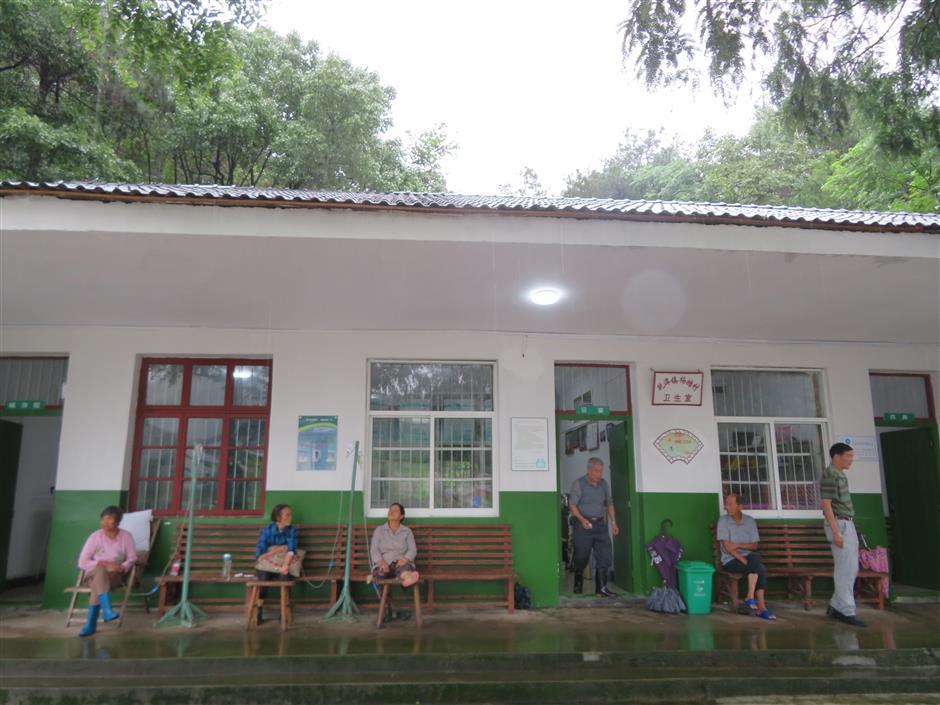 Some villagers have intravenous drips, while some suffering from minor ailments wait for seeing Wu outside the clinic. 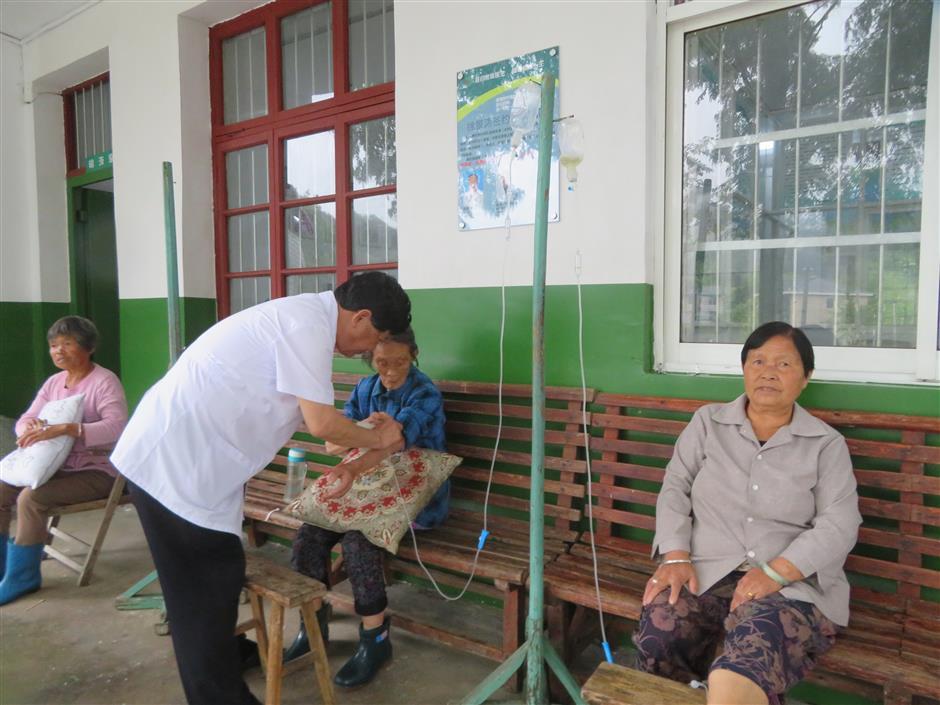 Some villagers have intravenous drips, while some suffering from minor ailments wait for seeing Wu outside the clinic.

In 1966, Wu was given the opportunity to be a rural doctor. At first, his clinic was in a clay house with a 5 cents service and medicine fee. Then it moved to the local ancestral hall charging 10 cents each time.

The present-day clinic is equipped with basic medical facilities and serves about 500 people living in the village. The medical fee has been fixed at one yuan since the 1990s.

“The local government has been subsidizing the clinic every year. Sometimes the subsidy is not enough to cover the yearly expenditure. Then, I make up for it with my own salary. Therefore, each patient can pay just one yuan for treatments and medicines,” Wu told Shanghai Daily.

Wu’s one-yuan service is exclusive to residents in Meitang Village, but he still attracts people from neighboring villages by virtue of his reputation.

Wu was at work even during the Spring Festival holiday.

“Patients contact my father 24/7 all year around. He devotes himself to the clinic and villagers, and I am so proud of him,” said his son Wu Guoxiang.

The clinic is subordinated to the Qiantan Town Center Hospital in Jiande County. Every day, Wu records patients’ physical conditions and submits the data to the hospital.

Villagers can either visit the clinic for checkups or have home visits if they have mobility problems. Sometimes, Wu visits elderly residents for routine checks. 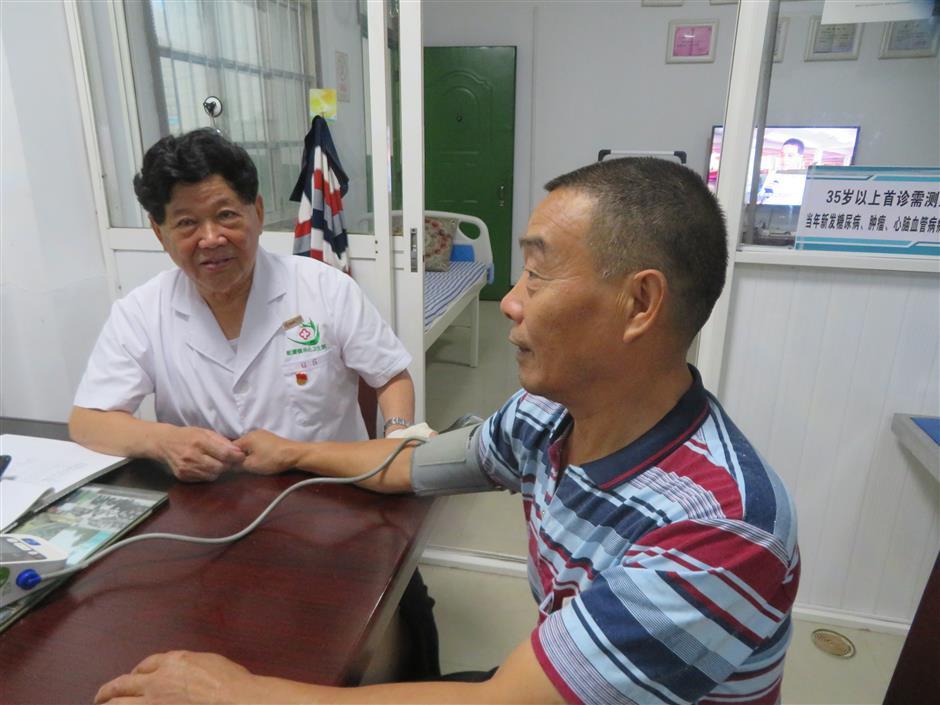 Wu checks the blood pressure of one of the villagers in Meitang Village.

Qian Aijun is a patient who suffers from high blood pressure after giving birth. Because of mobility problems, she has to call Wu to her home.

“I grew up in Meitang Village. It is kind of a routine for me to call Dr Wu when I feel sick. He is always on call,” Qian said.

Village-based clinics were the mainstream in the Chinese medical system years ago, as they eased congestion in urban hospitals.

However, the humble salary and lack of a pension stopped many young people entering the profession. Wu’s clinic also faces a shortage of doctors if he retires.

“Maybe I will follow the footsteps of my father and continue serving villagers in Meitang Village,” said his son, who is a doctor in the Qiantan Town Center Hospital.

In recent years, the clinic received donations of medical resources and facilities from people who had been touched by Wu’s devotion.

“I really appreciated it. So many warm-hearted people care about this small hamlet,” Wu told Shanghai Daily. “I will keep serving villagers as long as I can.”