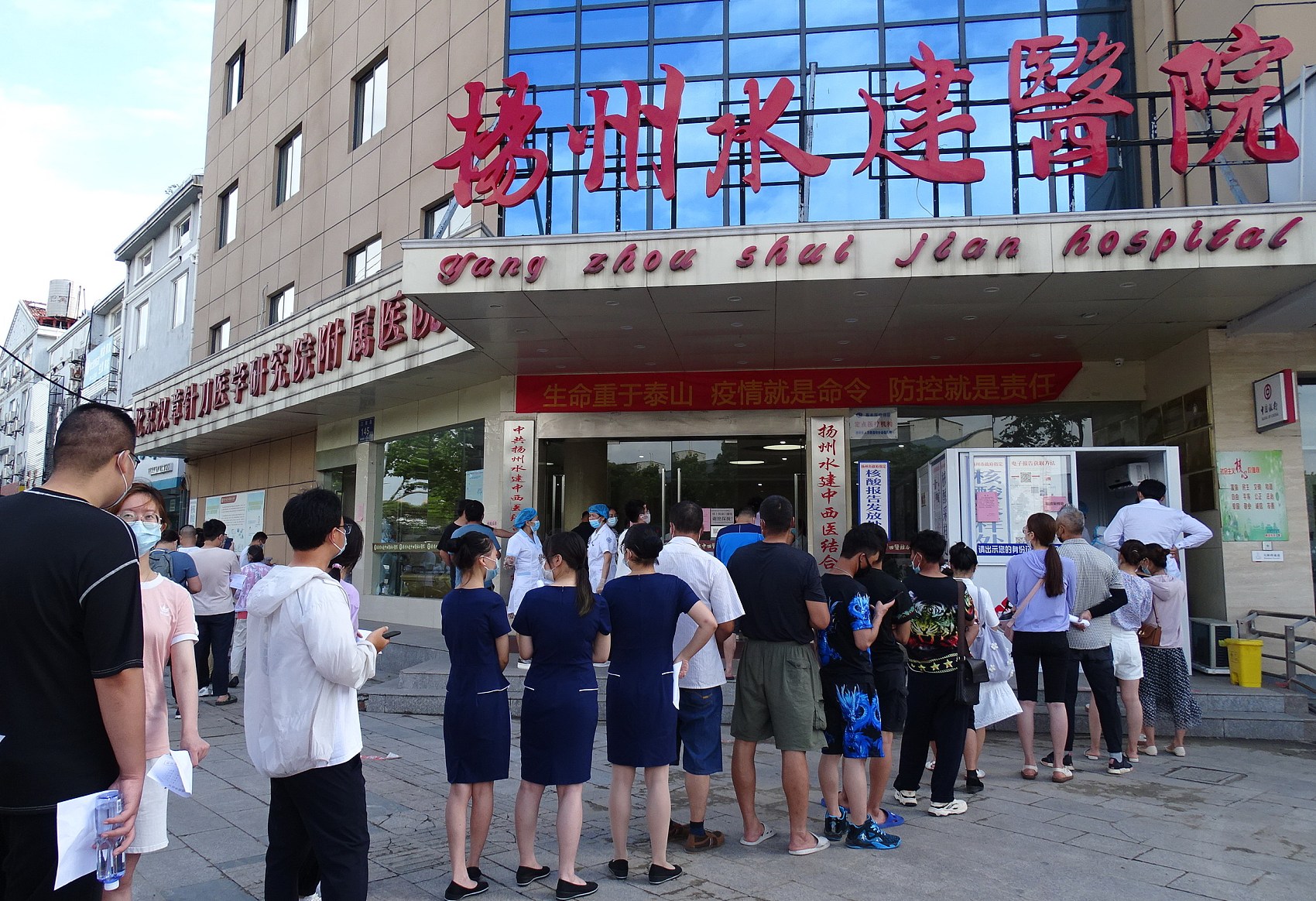 A woman believed to be "patient zero" in last July's COVID-19 outbreak in Yangzhou, Jiangsu province has been arrested on suspicion of obstructing the prevention and control of infectious diseases, the Supreme People's Procuratorate announced on Thursday.

The suspect, surnamed Mao, was in her 60s. Without taking any nucleic acid tests in the provincial capital Nanjing, she neglected virus containment measures to travel to Yangzhou.

After arriving in Yangzhou, she played mahjong in lounges with other senior people, went shopping and visited many restaurants. Not only did she ignore suggestions from her husband, neighbors and friends to take nucleic acid tests, but she also denied she came from Nanjing to police and medical workers.

Though Mao was confirmed infected with COVID-19 in late July, she did not confess to police until mid-September, the fourth time she was questioned.

Because of Mao, a hospital suspended activities, hundreds of medical workers were quarantined and 70 people were infected.

Yangzhou, a city with more than 4.5 million people, had to impose lockdown in its densely populated downtown areas and quarantined thousands to contain the spread of the virus last summer.