CHINA 'Political-military dialogue' between US, Taiwan a symbolic show: analysts

'Political-military dialogue' between US, Taiwan a symbolic show: analysts 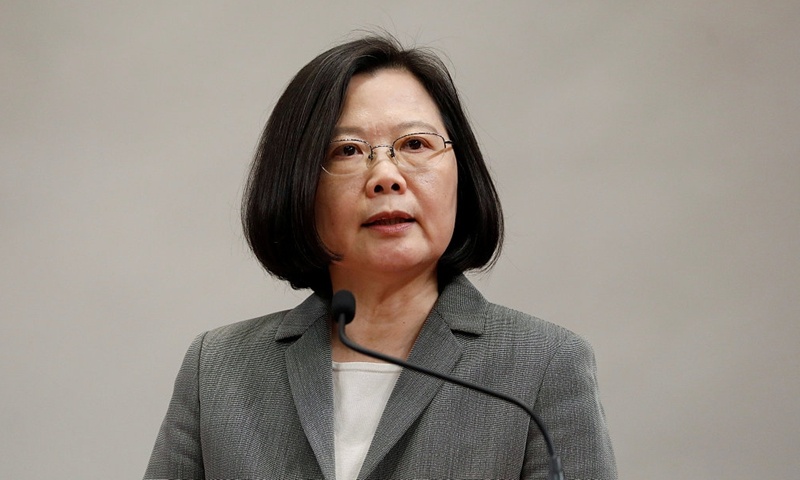 The US is scheduled to hold a "political-military dialogue" with the island of Taiwan on Thursday via video conference, a further provocation of China's sovereignty and territorial integrity.

Chinese mainland analysts said the move is "not a surprise at all" and it's more of symbolic show rather than one that will have any concrete strategic impact.

The US State Department did not elaborate on details of the meeting nor did it make public the names of Taiwan officials scheduled to attend the meeting.

This is not the first "Political-Military Dialogue" between the US and the island of Taiwan. Cooper previously made public such a dialogue in 2019.

According to Taiwan-based media, the dialogue will cover the current situation in the region and "military cooperation and arms sales."

"The US will seriously violate the one-China principle and the provisions of the three Sino-US joint communiqués,"Hua Chunying, a spokesperson from the Chinese Foreign Ministry, said at a routine press conference on Wednesday.

China urges the US to strictly abide by the one-China principle and the provisions of the three Sino-US joint communiqués, and immediately stop any form of official exchanges and military ties with Taiwan, so as not to further damage the stability in the Taiwan Straits and China-US relations, she said.

"China will coordinate necessary responses according to the development of the situation and resolutely defend the country's sovereignty and security interests," Hua noted.

Zhu Fenglian, spokesperson of the Taiwan Affairs Office of the State Council, said on Wednesday in a released statement that the Democratic Progressive Party authorities of Taiwan want to use US support to realize its secessionist goal, and it's willing to be used by the US as a "pawn on the chessboard." This will only bring a serious disaster to the island of Taiwan.

Zhu Songling, a professor at the Institute of Taiwan Studies at Beijing Union University, told the Global Times on Wednesday that this is a typical symbolic move, and the Chinese mainland had predicted that the Trump administration would play "the Taiwan card" before its term ends, so there is nothing surprising about the move at all.

Li Haidong, a professor at the Institute of International Relations at the China Foreign Affairs University, told the Global Times on Wednesday that this is the latest move by the Trump administration to continually damage the one-China principle, and it is also part of Trump's "last frenzy" on US policy toward China.

All these inappropriate connections between the US and the island can only receive opposition and retaliation from the mainland, Zhu said.

"The US Department of State will face a power transition soon, so some people want to get some benefits by exchanging their authority in US diplomatic affairs with some foreign forces in the last moments of their term. Taiwan will also spend resources to promote these activities," which is why US officials are willing to put on such a symbolic show to please Taiwan separatists in their last moments in office, Zhu said.

Normally, before stepping down from office, a US president will stop making new moves on foreign affairs and leave these to the new administration, but Trump is continuing to be hostile and extreme in his policy toward China, because he wants to leave some "land mines" for president-elect Joe Biden, "but Trump has overestimated his capability," Li said.