CHINA 'Post-90s' get on front line against epidemic

'Post-90s' get on front line against epidemic 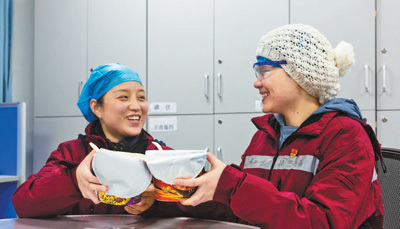 The "post-90s" people are on the front line, serving as a new force against the epidemic. The picture shows Zhou Jienan (right), a nurse at Xiangya Second Hospital of Central South University, celebrating her 29th birthday on Sunday in Wuhan. She ate instant noodles with another birthday girl Zeng Yan. (Photo: Zhang Wujun/People's Daily) Liu Guangyao (right) and Qiao Bing are a "post-90s" couple of the Third People's Hospital of Henan Province. The photo shows them hugging before leaving for central China's Hubei Province on February 2. (Photo: Li An/Xinhua) 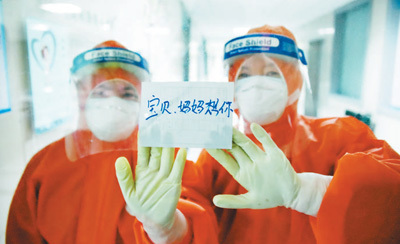 In the Department of Infectious Diseases of the People's Hospital of Liyang District, Shiyan City, Hubei Province, 28-year-old nurse Jiao Jiao stayed in the isolation ward. And she could only make video calls with her 3-year-old daughter occasionally. The picture shows her (left) and a colleague sticking a note with the words "Baby, Mommy Misses You" on the glass. (Photo: Zhou Jiashan/People's Daily) 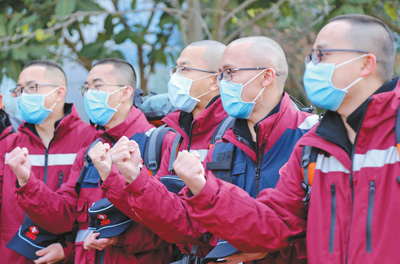 The medical team of Yunnan Province assembled in Kunming on Wednesday. The picture shows several "post-90s" medical staff of the First People's Hospital of Yunnan Province cheering themselves up. (Photo: Ye Chuanzeng and Li Faxing) 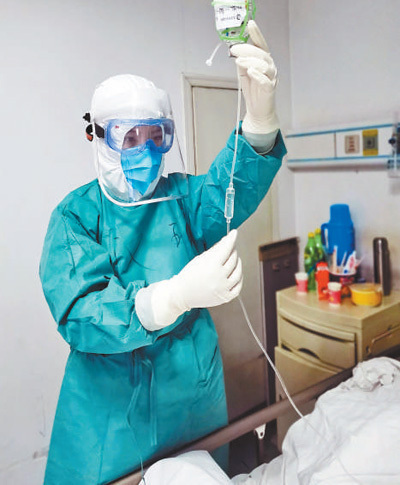 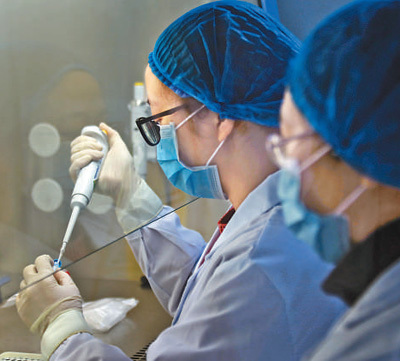 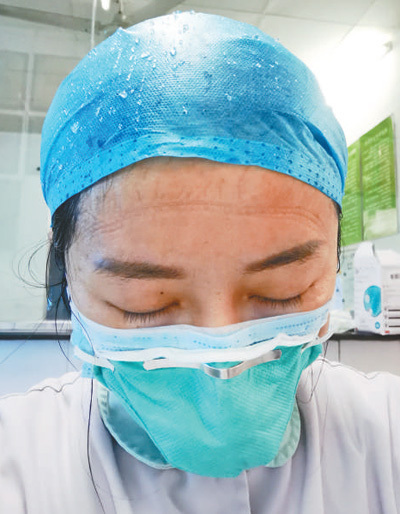 Xiao Rui, a "post-90s" nurse at the Department of Health and Epidemic Prevention of Hubei Armed Police Hospital, has been on the front line of epidemic prevention for more than 20 days. The photo shows sweat covering Xiao's disposable work cap after a busy day. And marks are clear on her forehead. (Photo: Wu Jun and Wang Yunke) 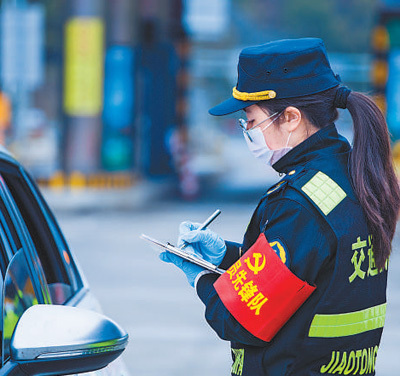 Xie Ling, who was born in 1991, is a staff member of the Transportation Bureau of Jiangle County, Fujian Province. She volunteered to participate in the intense epidemic prevention work. Her grandfather passed away on January 31, but she returned to work after staying at home for only an hour. The photo shows her registering vehicles at the intersection. (Photo: Shao Yuzi and Dong Guansheng) 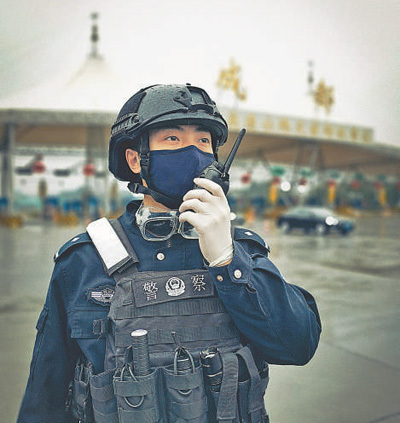 Yang Tong is a 28-year-old policeman from the Qingyang District Public Security Bureau of Chengdu City, Sichuan Province. Soon after his wedding, he went to the front line of epidemic prevention. He works on the highway toll station, examining over 1,000 vehicles every day, taking temperature measurements of more than 2,600 people. The photo shows Yang talking to colleagues through his walkie-talkie at his post on Wednesday. (Photo: Wang Mingfeng/People's Daily; Compiled by Huang Dongpeng)