"It rained lightly that day when President Xi, holding an umbrella, entered our yard," said You Guilan as she recalled Chinese President Xi Jinping’s visit to her home in Bacha Village, a Hezhe ethnic group village, in Northeast China’s Heilongjiang Province, on May 24, 2016.

The Hezhe is one of China's smallest ethnic groups with a population of only 5,000, mostly in Heilongjiang.

Xi visited this village, finding the villagers live in new houses and their incomes had increased after it was destroyed in 2013 by floods. 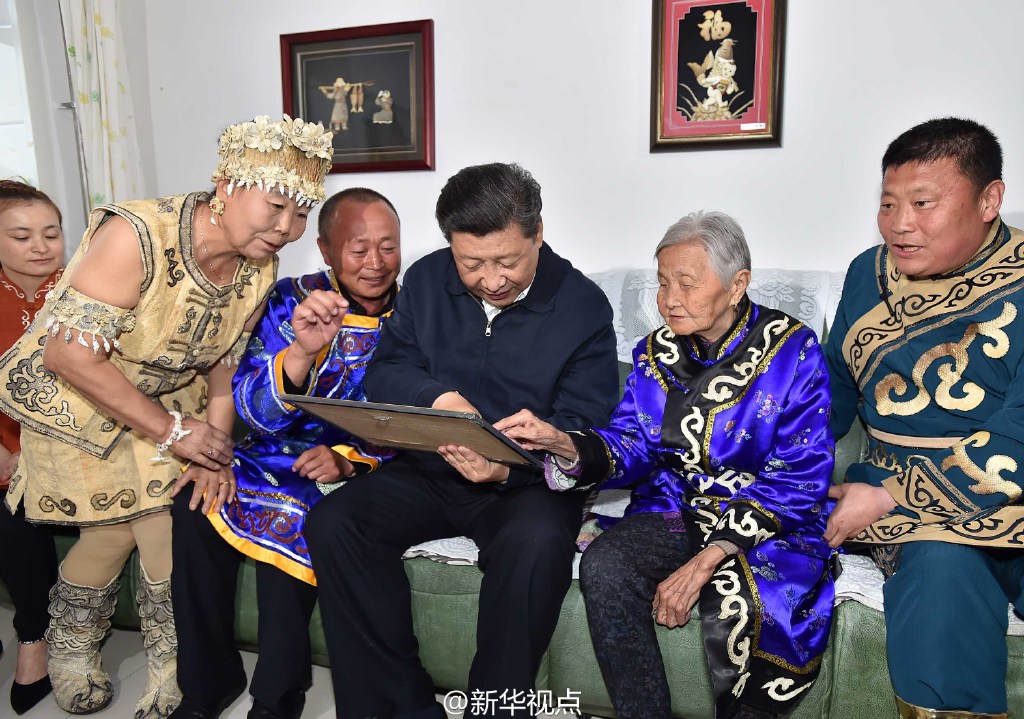 “When chatting with us, all the President mentioned were the topics related to the joys and hopes of our lives. I feel the Party is close to us,” 85-year-old You Guilan said.

Xi’s visit has brought the boom of tourism to the village. Over the past two years, 42,000 tourists have visited the village. The net income of tourism has reached over 2 million yuan ($287,377), increasing the average income per household by 10,000 yuan.

Before that, Xi’s ideas of targeted poverty alleviation had already inspired the villagers in the country. With the development of rural tourism and organic agricultural production, 21 villagers from 14 impoverished households have been lifted out of poverty.

“President Xi said that no ethnic group should be left behind on the way to complete the building of a moderately prosperous society in all respects,” recalled You Guilan.

“So why not work harder and lift our lives to a new level?”

After Xi’s visit, You Guilan asked her children and grandchildren to learn Yimakan every week and proposed holding cultural festivals to attract tourists.

Wu Guifeng, a master of Yimakan, organized the folk-art troupe of Bacha Village. “Participating in performances can not only pass down Hezhe’s culture, but also provide extra income for villagers,” she said.

Recently, committees of the village proposed turning 40,000 mu (27 kilometers) of marginal farmland into forests and wetlands in the Bacha Island Natural Reserve.

You Guilan was the first to approve the proposal, saying, “Ecological protection will benefit future generations a lot. Only with the lush forest and clear water can we have boats full of fish.”