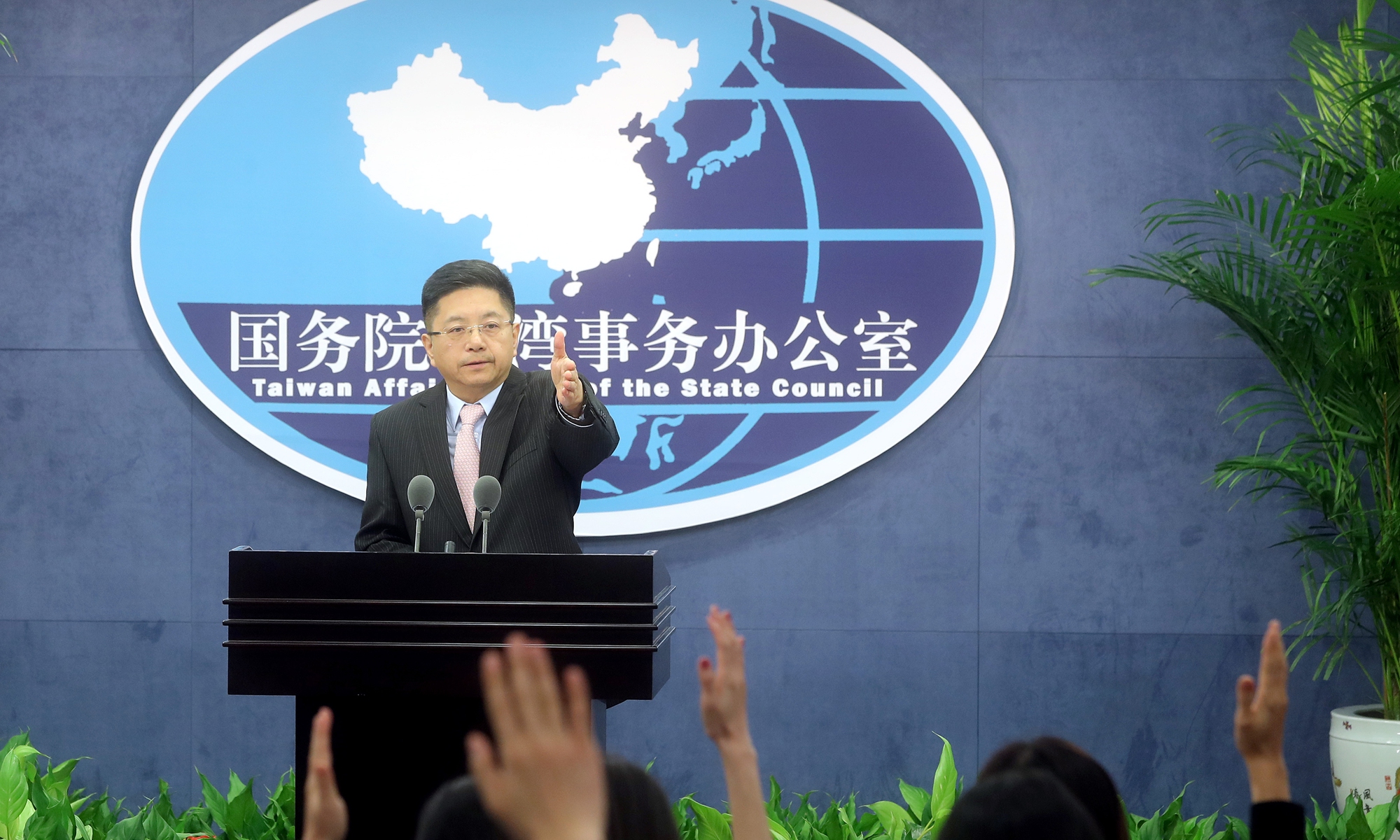 Is there a "quasi-war-like situation" in the Taiwan Straits as Taiwan authorities claimed? The Taiwan Affairs Office of the State Council responded on Wednesday that the claim only reveals hypocrisy of the DPP in creating confrontation across the Straits.

Chiu Tai-san, head of Taiwan's "mainland affairs council," said on October 14 that Chinese military drills have led to a "quasi-war-like situation" in the Taiwan Straits.

Responding to the claim, Ma Xiaoguang, the spokesperson from the Taiwan Affairs Office of the State Council, said on Wednesday that such a claim only reveals hypocrisy of the DPP in creating confrontation across the Straits, and its real intention of playing up military threats of the mainland, coercing the public opinion of the island and seeking "independence" provocations.

PLA drills are a necessary move to safeguard national sovereignty and aims to deter separatist activities advocating for "Taiwan independence," including the peddling of "two states theory" and interference by external forces, said Ma.

Ma said the collusion between Taiwan's DPP authorities and the "Taiwan independence" external forces who engage in repeated provocations for "independence" and blatantly peddle the "two States theory" is the root cause of the current tension and turbulence across the Straits.

Only if the provocations of the "Taiwan independence" were curbed, there is guarantee for peace across the Straits and the cross-Straits relations can be put back on track, Ma added.