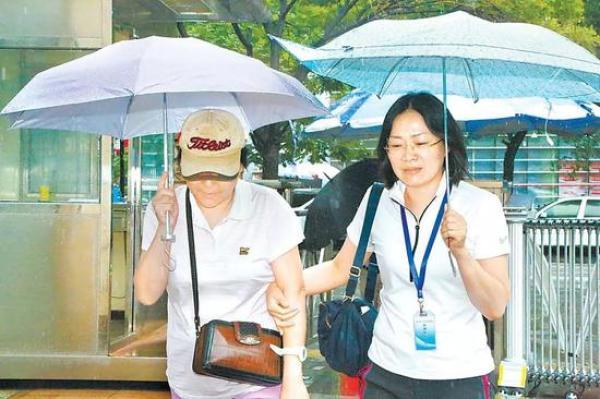 Ye Lining, one of China’s most wanted “Red Notice” fugitives, recently returned to her home country after hiding overseas for eight years and plead guilty to the unauthorized distribution of state-owned assets valued at more than 20 million yuan, according to Huanqiu.com.

The former business executive said her eight years of hiding had her working menial jobs and unable to afford decent clothes.

Not long after, she served as the deputy general manager of the university’s resource development company.

Ye had been a senior executive for several companies starting at the age of 32, and had been a legal representative for 11 enterprises, and held shares in 6 companies when her crime was blown out of water.

“Her great ambition and strong personality made her successful in her career life, but it also leads to more avarice,” Investigator Huarui said.

In 2001, Ye saw that executives at other university-managed companies were receiving better benefits than her, so she suggested that the university’s board members issue bonuses to its employees.

According to the Supreme People’s Procuratorate, Ye, along with several other company executives, secretly divided large amounts of state-owned assets from 2001 to 2004 by concealing rental income and other expenses and balances.

In 2009, the conspiracy was revealed and Ye escaped to Hong Kong through Luohu port in Shenzhen.

During her eight years on the run, Ye moved between several places in the United Kingdom and the United States. She also used fake names to cover her real identity.

“Without stable income, I had to be a nanny for my landlord’s children in order to pay off my rent,” Ye confessed. “I could not even afford one piece of decent cloth.”

Ye also said that she thought she luckily escaped the punishment of law at first, but she suffered from loneliness and hopelessness, because she could not contact her friends or relatives.

On June 7, 2017, Ye spoke with Huarui and expressed her willingness to turn herself in and return the stolen money.

On June 12, Ye returned the stolen money, with help from her parents, to the Discipline and Supervision Commission of Beijing Haidian District. She then turned herself in to the commission on June 22.

Huarui, who is the only investigator who stuck with the case the entire time, mentioned she went to great lengths to earn the cooperation of Ye’s family.

Huarui said that Ye’s decision to return home was likely linked to her desire to be reunited with her family. Huarui was also responsible for getting in touch with a third party to deliver information to Ye to ensure her surrender.

The “Red Notice” is a list of 100 alleged persons involved in corruption released by Interpol’s National Central Bureau of China.

On July 28, 2018, another fugitive Zhang yongguang, who is subject to an Interpol’s ‘red notice’ returned China and turned himself in as well.

Zhang was a former local police officer in Shenzhen, a major city in South China’s Guangdong Province, and was suspected of committing bribery and fled to the United States in 2010, according to cgtn.com.

As of now, 54 out of 100 “Red Notice” fugitives on the list have been brought to justice.

According to the Discipline and Supervision Commission of Beijing Haidian District, the investigations for each fugitive are customized based on each individual’s weakness.