The history of the birth and growth of the Communist Party of China (CPC) a century ago has drawn the interest of more young Chinese thanks to a growing list of recent TV series, which are adeptly produced with expert skills and vivid scripts, breaking the stereotypes of some previous patriotic work being too serious and formulaic.

The Awakening Age, a TV series narrating the story of how the Party was founded in 1921 has become a hot topic and has won praise among numerous young people in China lately, who found the part of history stirring and inspiring.

The drama was aired on Chinese national television and online platforms simultaneously since early February. Data from Youku, a streaming website, shows that The Awakening Age has about 1.6 times more of a young audience aged below 30 than the average standard in the website, which is "beyond expectation."

According to common television viewing patterns, TV series on such historic and serious topics are not as appealing as other ones that are more "entertaining" or those that cater to the market.

But this time, dramas related to patriotic themes, especially the history of the CPC, have changed the stereotypes and drawn in a young audience. Several red-themed dramas, such as The Awakening Age and Minning Town, are among the most popular TV series billboard currently on Douban, a popular Chinese social platform serving as Chinese IMDb, along with WandaVision, Marvel's latest compelling miniseries. 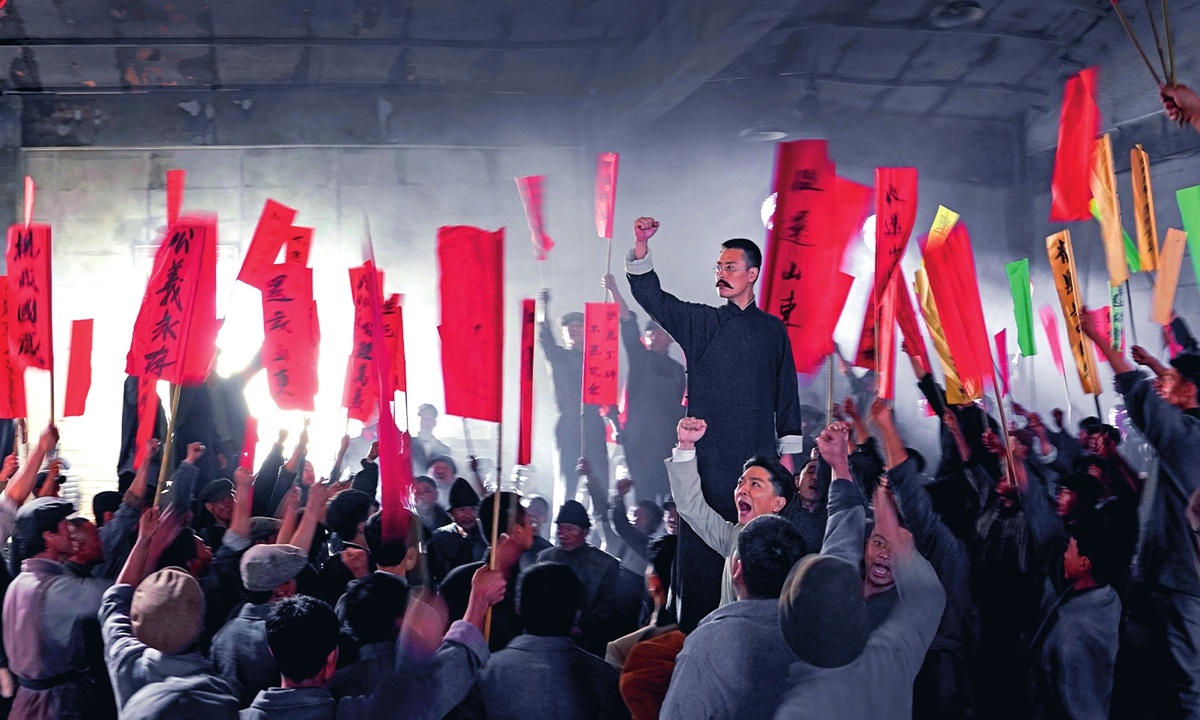 It is reported that some young audiences are even browsing through history books while watching the shows to better understand them.

Chinese experts on CPC history suggested that the success of these patriotic dramas showed young generations' admiration for the Party, especially after they witnessed China's tackling of the COVID-19 epidemic. "Wondering why the Party could make the achievements, the young generation wants to discover the history of it."

"These dramas break through ideology. The history of the CPC that the dramas are telling could offer explanations for many things that are happening today," said a critic.

The story told by The Awakening Age took place between 1916 and 1921. The series traced back to the background of old China a hundred years ago, profoundly integrating the grand historical proposition of "Where is China going" into specific and subtle historical events.

Using the New Youth magazine as background material, the drama effectively linked Chen Duxiu, Li Dazhao, and Hu Shi, shining names in the history of the founding of the Party. Stories about how Mao Zedong, Zhou Enlai, and other passionate youths pursued truth and explored knowledge were also portrayed in the series.

It is jointly produced by the publicity departments of the CPC Beijing Municipal Committee and the CPC Anhui Provincial Committee. The script is written by Long Pingping, who used to work at the Party Literature Research Center of the CPC Central Committee, which was founded for publishing the Selected Works of Mao Zedong in the 1950s.

"If the Party can be described as a red boat in its early stage of founding, then where did the red boat come from? It's a valuable question which needs more discussion," Zhang Yongxin, the director of the TV show told the Global Times in an exclusive interview.

"The turbulent era from 1915 to 1921, going through the founding of New Youth, New Culture Movement, and May Fourth Movement, the founding of the Party, all these bits of history have clearly shown us the answer to this question," Zhang said.

The show was rated 9 out of 10 points on Douban by more than 15,000 viewers since it was first broadcasted on February 1. More than 60 percent of the audience gave full marks. On Sina Weibo, China's Twitter-like microblog, the topic under the drama has been viewed more than 60 million times. On Bilibili, China's most popular streaming website, many users uploaded fanvids they edited to appreciate and promote the drama.

The picturing, framing, and acting are very skilled and show a perfect effect, Shi Wenxue, a film critic and teacher at the Beijing Film Academy, told the Global Times. Shi admitted that he is also a fan of the series.

"The history is not unfamiliar, but it is demonstrated vividly, portraying many convincing characters with their own stories and tempers," Shi said, noting that though the series was released to mark the 100-anniversary of founding the CPC, it breaks through the ideology and could be easily accepted by the public.

The story of The Awakening Age began in Waseda University campus in Japan, where Chen Duxiu and Li Dazhao met while a group of Chinese students debated "how to save China."

"They are just my age, but they are bearing such great responsibility," said a netizen.

Director Zhang admitted that the biggest pressure in making The Awakening Age comes from how to make it more accepted by young audiences in China, who have set very high standards for historical movies and TV shows.

Lin Xueduan, a post-95 middle school history teacher, is a TV series fan, but in the past, she basically didn't watch patriotic series. "Many TV series with patriotic themes have clichéd plots and rigid logic. The actors always repeated the content from our textbooks in a serious way. I don't want to waste my rest time on 'model opera' that repeats the information I already know," she added. 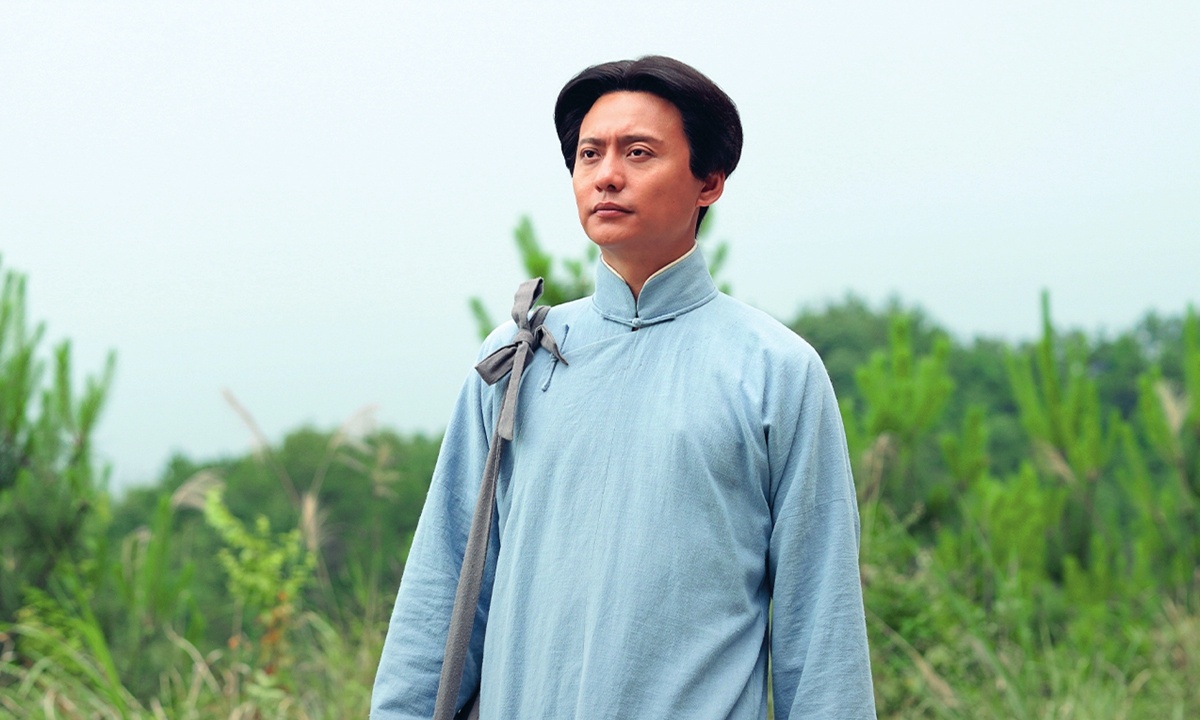 Mao Zedong in The Awakening Age

Now Lin also recommends the play to her students. "It's a window into CPC's history that goes beyond the textbooks, and I hope my students will receive this patriotic inspiration," she said.

The crew put great effort into restoring the scene in that era accurately, including the historical atmosphere, the costumes, props, environment, and the restoration of historical figures' spirits," Zhang stated.

The Awakening Age narrates the early history of the CPC in a popularizing and vivid way, which suits novices who want to learn about the Party, Su Wei, a professor at the Party School of the CPC Chongqing Municipal Committee, told the Global Times.

Young people in China would like to explore the history because they are curious, even have great admiration after seeing China's development in recent years, especially after experiencing how China successfully contained the epidemic, Su said, adding that the drama would lead young generations to inherit the spirit of the Party pioneers and forge ahead into the future.

But The Awakening Age is far from the first patriotic drama about CPC's history that has been trending in the past months.

Minning Town, a series released in January telling a story about a group of young people devoting themselves to the poverty alleviation work in Northwest China's Ningxia Hui Autonomous Region, has gained a high ranking of 9.4 out of 10 in Douban - the same rating as the first season of the epoch-making BBC drama Sherlock.

Liu Xiaofeng, the producer and actor of the patriotic TV series National Children, said he felt very proud to restore a moving part of the vast history of the CPC realistically and garnered the praise of the general public.

The series, which was also rated highly on Douban, tells a story in the 1960s when over 3,000 orphans from southern China were sent to Inner Mongolia to be raised by herdsmen due to a rare natural disaster which happened in the region near the Yangtze River. 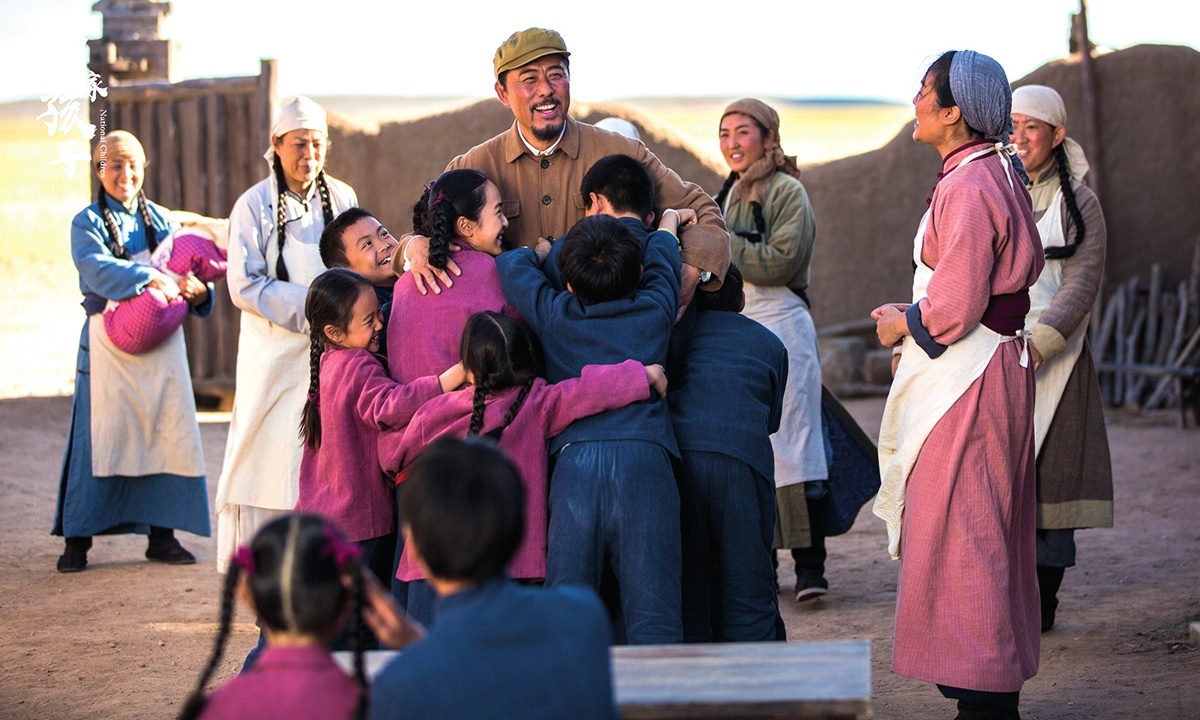 Liu believed that the reason why the series has gained recognition, especially the favor of young viewers, lies in the "authenticity" - real events, characters, and expressions.

Liu also noted that Chinese authorities have given TV production teams a lot of leeway for creation. National Children neither avoids nor exaggerates the natural disasters and the Cultural Revolution that occurred in China. The series was not subjected to censorship hurdles and the so-called sensitive episodes were also preserved.

Talking about the trending of the "red dramas," Shi, the critic, said that China's national image has been hugely elevated globally in the past few years, and with the confidence and pride, more young people would like to learn the glorious history of the country through the big and small screen.

Moreover, the production quality of TV shows and movies on CPC history has improved, from a stereotyped, monotonous, even "propagandized" mode to a meatier and multidimensional mode.

"Good works should grasp the essence of an era from a historical and materialistic perspective. Audiences will naturally be moved and be activated by good qualities that are reflected in our works, such as truth, kindness, and beauty," Zhang, the director of The Awakening Age said.

The great men of this generation have a love for the family and the nation. They are resilient and pragmatic. These spirits, passing down from generation to generation, will continue to enlighten the young generation of today, he noted.