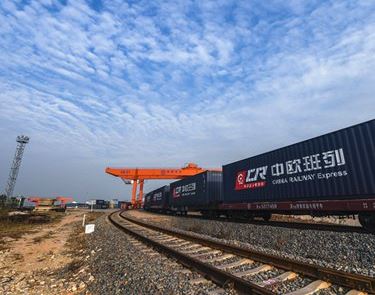 The first train, scheduled on Aug. 2, will carry 200 tonnes of frozen gold flatfish purchased from the Kamchatka Peninsula in Russia, in preparation for the transportation of fresh seafood in the near future.

Located at the junction of China, Russia and the Democratic People's Republic of Korea (DPRK), Hunchun is surrounded by over 10 Russian and DPRK ports within a radius of 200 square km. It is only 71 km away from Zarubino Port.

Russian sea products have been entering China via Hunchun by road since 2016, facilitating the timely and cost-efficient transportation of imported Russian seafood such as king crabs.

He Yong, deputy director of the office, said the 80-km-long rail will slash the transportation time, and greatly promote imports of seafood.