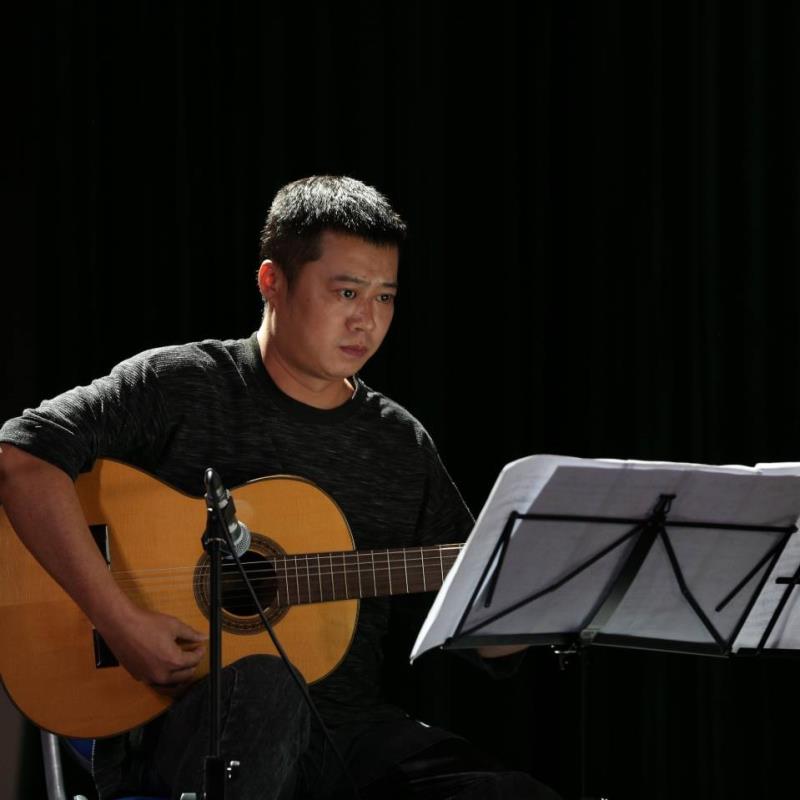 Zhang Yingwei said he was really happy when he saw patients can speak, sing and communicate normally with others again after receiving his treatment and training.

"It is my greatest wish to help the patients without a larynx," said the 36-year-old "sound therapist".

"Some patients without a larynx can speak and count numbers again only after receiving treatment and special sound training through the esophagus in a month" Zhang said.

The patients without a larynx are those who've had surgery to take out their larynx to remove tumors and other trauma, and lost their ability to speak.

"Many patients usually suffer from depression after they fail to speak and communicate with family members, relatives and friends. But they will become optimistic, bright and of cheerful disposition when they can speak again after receiving treatment and training," Zhang said.

Zhang now has successfully helped more than 100 patients without a larynx, an organ known as the voice box, to resume speaking since 2016. The success rate is more than 95 percent.

Zhang, a native of Huangpu village in Guangzhou's Haizhu district, has attracted many thumbs-up from his neighbors and residents on his neighborhood committees and housing estate after he started voluntarily helping patients without a larynx. A woman surnamed Deng in Zhang's housing estate said many patients were seen arriving in Zhang's home to receive treatment and training on weekends, and the patients included people from Shenzhen, Zhuhai and other cities across South China's Guangdong province.

"And many of Zhang's patients are free to receive Zhang's treatment and training," Deng said.

"A patient who once failed to resume his speaking function after having received treatment in many hospitals now has gradually resumed his speaking functions after receiving Zhang's treatment. And earlier this year the patient presented Zhang a silk banner to express his appreciation to Zhang," she said.

Meanwhile, Zhang frequently travels more than 20 kilometers by metro train to visit patients without larynxes in Foshan city on weekends once every two weeks to help them learn how to speak again.