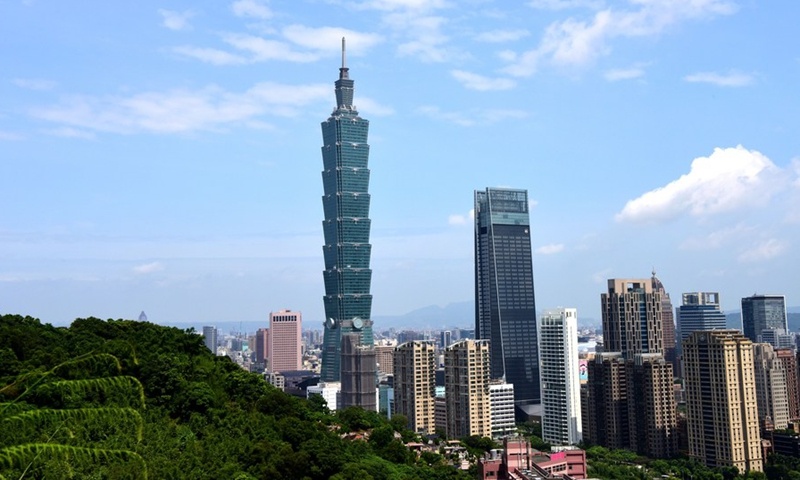 The island of Taiwan said Tuesday it has reached an agreement with Lithuania to establish a Taiwanese representative office" in its capital, Vilnius, a provocative move criticized by the international community, as Chinese experts said it's a violation of the one-China principle and could lead to changing formal ties between China and the Baltic country.

China firmly opposes any form of official exchanges between the island of Taiwan and countries that have diplomatic ties with China, and opposes the establishment of the so-called representative office between these countries and Taiwan, Chinese FM spokesperson Zhao Lijian said. We urge Lithuania to adhere to the one-China principle and abide by the commitment of bilateral diplomatic relations, he said.

Zhu Fenglian, spokesperson of the Taiwan Affairs Office of the State Council, urged Lithuania to adhere to the one-China principle and quit sending wrong signals to the Taiwan secessionists.

The island external affairs department said the establishment of the office will foster "actual relations" and enhance cooperation with Lithuania. "Preparation is underway," read a statement the island authority issued Tuesday morning.

China does not oppose normal economic and cultural exchanges between other countries and the Taiwan region, but the fact that "Taiwan" is used in the naming of the new mission instead of the normal reference of "Taipei" shows the malicious intentions of the island's separatist forces and the Lithuanian government, as it goes against the one-China principle, Xin Qiang, a cross-Straits expert and deputy director of the Center for American Studies at Fudan University in Shanghai, told the Global Times on Tuesday.

At worst, if Lithuania continues to go down the wrong path, it may lead to the severing of diplomatic ties between the two countries, as the one-China principle is the bottom line of China and political foundation of all countries to have diplomatic ties with China, Xin said.

The US' American Institute in Taiwan (AIT) applauded the decision, claiming that "all countries should be free to pursue closer ties and greater cooperation with Taiwan."

Chinese experts told the Global Times that the US statement shows its evil political plan to encourage smaller countries to test China while Washington itself dares not to bear the consequences as it knows well how serious Beijing is on the Taiwan question.

Even a similar island's mission in the US is named "Taipei Economic and Cultural Representative Office in the US." The AIT statement was sending signals to other countries and to the Taiwan secessionists, Xin noted.

Besides the office in Lithuania, the Global Times found that the island's only overseas using "representative office" in its name around the world is the one in Somaliland, a self-run political entity that remains mostly unrecognized by the international community.

However, many netizens from within the region have heavily criticized the island's Democratic Progressive Party (DPP) authorities and secessionist media outlets such as the Liberty Times.

Many said the DPP was desperately pathetic, and others pointed to the uselessness of the new office and said it's a waste of money.

Chinese analysts urged the DPP to give up its daydreaming of promoting secessionism, as it goes against the international community's consensus.

Zhu on Tuesday also said that the ultimate intent of such farce was to promote independence. But they cannot change the fact that Taiwan is a part of China, nor can they shake the one-China principle agreed upon by the international community.