CHINA 'Talk' to be catchword in 2019 US-China trade ties: experts

'Talk' to be catchword in 2019 US-China trade ties: experts 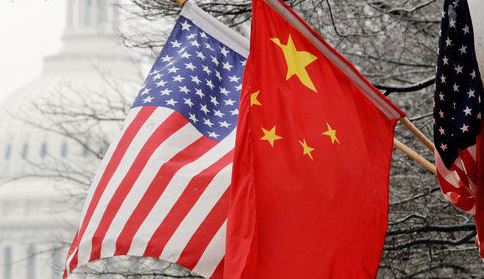 NEW YORK, Jan. 11 (Xinhua) -- There is an urgent need to address the US-China trade issues through talks and work together to make a deal, a group of economists and political scholars from both countries have said.

"Looking ahead this year, I think the key words or catchwords in the international economic diplomacy or relationship would be talks rather than wars," said Lu Feng, director of the China Macroeconomic Research Center at Peking University, during a panel discussion in New York on Thursday.

With a focus on US-China trade frictions, the event was jointly hosted by the National Committee on US-China Relations and Peking University's China Center for Economic Research.

The China-US trade relations have seen twists and turns after Washington announced high tariffs on Chinese products worth hundreds of billions of US dollars in 2018.

However, both sides have since engaged in extensive, in-depth exchanges on trade and structural issues of common concern to promote mutual understanding and lay a foundation for addressing each other's concerns.

The panelists noted that it's mutually beneficial for the United States and China to find common ground while voicing their differences.

Beijing has always been willing to negotiate, so Washington should also feel the need to make a deal, Lu said.

"The US economy is facing downward pressure. Nobody wants some external sort of negative impact from escalating the trade tensions ... the trade deficits in the United States actually increased rather than declined, which indicates tariff measures are not working in addressing the imbalances between these two countries," said Lu.

His views were widely shared by the panelists during the discussion.

Catherine Mann, global chief economist at Citi Group, emphasized the importance of mitigating the trade rifts between the world's two largest economies since there would be a vicious circle of damages.

The damage to the global economy may also further weaken the underlying macroeconomic framework in both countries as well as the rest of the world, she added.

Calling himself "an optimist," Nicholas Lardy, a senior fellow at the Peterson Institute for International Economics, said if economic rationality prevails, there should be an agreement and "sooner is better."

"I think both sides have very strong interests in coming to an agreement ... we will see increasingly the evidence that tariffs are actually disadvantaging the US economy, reducing employment and slowing growth," said Lardy.

As the interactions between the two sides are increasing, it is inevitable that the two economies become competitors. However, "even rivals can cooperate in the global arena, including on topics such as international peacekeeping, climate change, and anti-terrorism," Qin said.