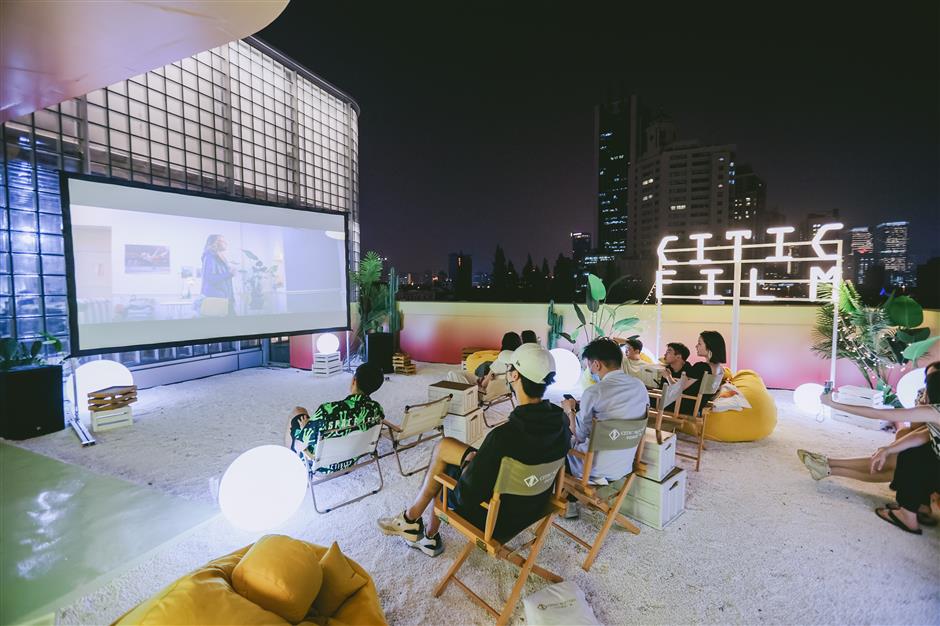 Shanghai has spotted a niche in its nightlife activities – the terrace economy.

Shanghai, hailed as a city that never sleeps, was ranked as the most vibrant city in China at night, marked by a booming night landscape featuring twinkling neon, massive bars, and other nighttime experiences, according to an index released by Yicai Media last month. 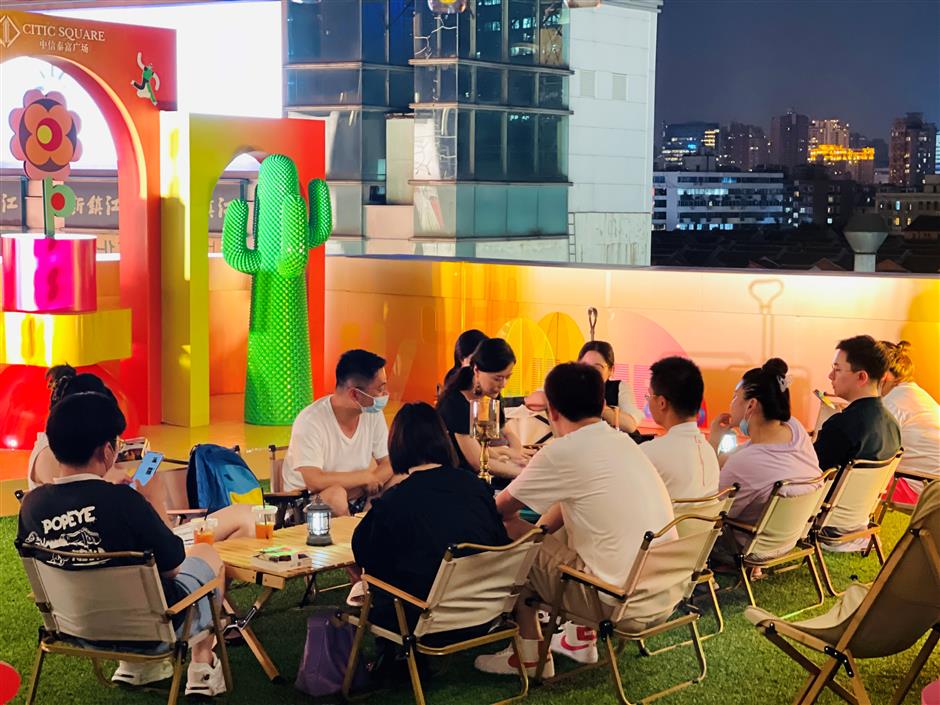 People enjoy dining at a terrace of CITIC Square.

The "terrace economy" is especially booming in downtown Jing'an District.

The terrace economy encourages businesses such as restaurants and shopping malls to run enterprises such as outdoor dining and urban camping at terraces.

It is expected to bring out the best in current spaces in the crowded downtown areas, which fits in the trendy urban planning concept of a "vertical city" as well as "elevating" the nightlife economy to another level, according to the Jing'an Commerce Commission. 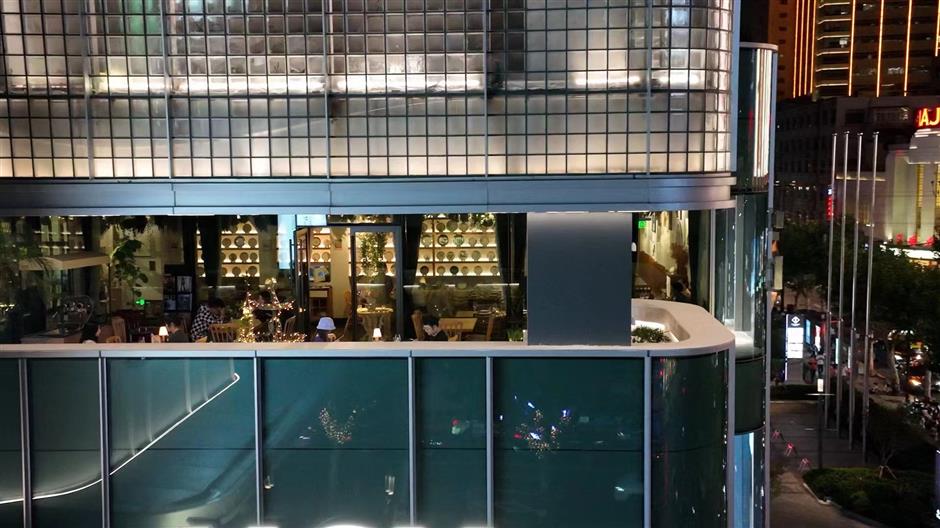 CITIC Square has 14 terraces and balconies.

The 22-year-old CITIC Square, one of the oldest high-end shopping malls on the bustling Nanjing Road W., has embraced the trend after the biggest renovation in history.

Last December, the mall reopened to the public as "a pixel city," according to the renowned architecture firm Kokaistudios.

Well-arranged glass walls on the façade appear like countless computer pixels, displaying a hi-tech image. Notably, the partially borderless mall features 14 large terraces and balconies, which, according to the General Manager Wu Jun, seamlessly integrates the city views and fuels the nightlife economy in a distinctive way.

HKRI Taikoo Hui, Jiuguang, UCCA and more commercial and cultural venues have also opened their terraces to the public.