CHINA 'The Hulk' is here! The 'Renaissance' green train starts

'The Hulk' is here! The 'Renaissance' green train starts 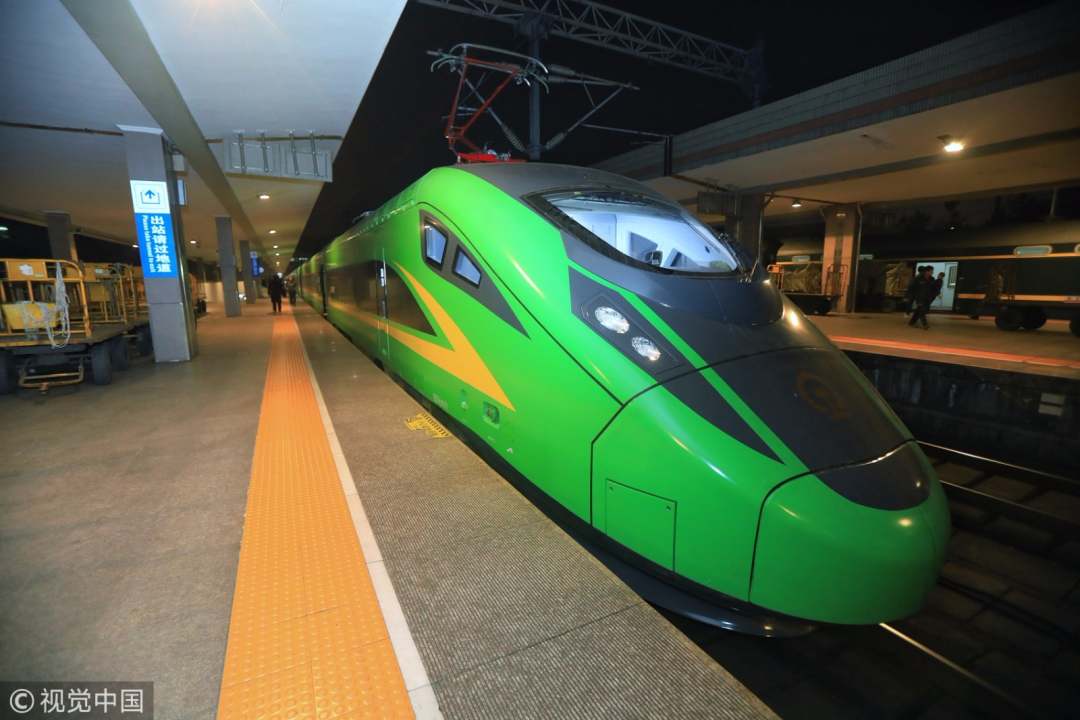 At 8:05 pm, Jan. 23, 2019, the D712 train slowly departed from Hangzhou Station. It was the first time the CR200J Renaissance EMU, known as the "Hulk", started in Hangzhou. From Jan. 23, the green EMU "Hulk" is in operation instead of the T32 train, running between Hangzhou and Beijing. (Photo: VCG) The so-called "Hulk" is the latest "Renaissance" EMU with a top speed of 160kph. Despite the similarity in shape to the "bullet" high-speed train, its power is at both ends. (Photo: VCG) 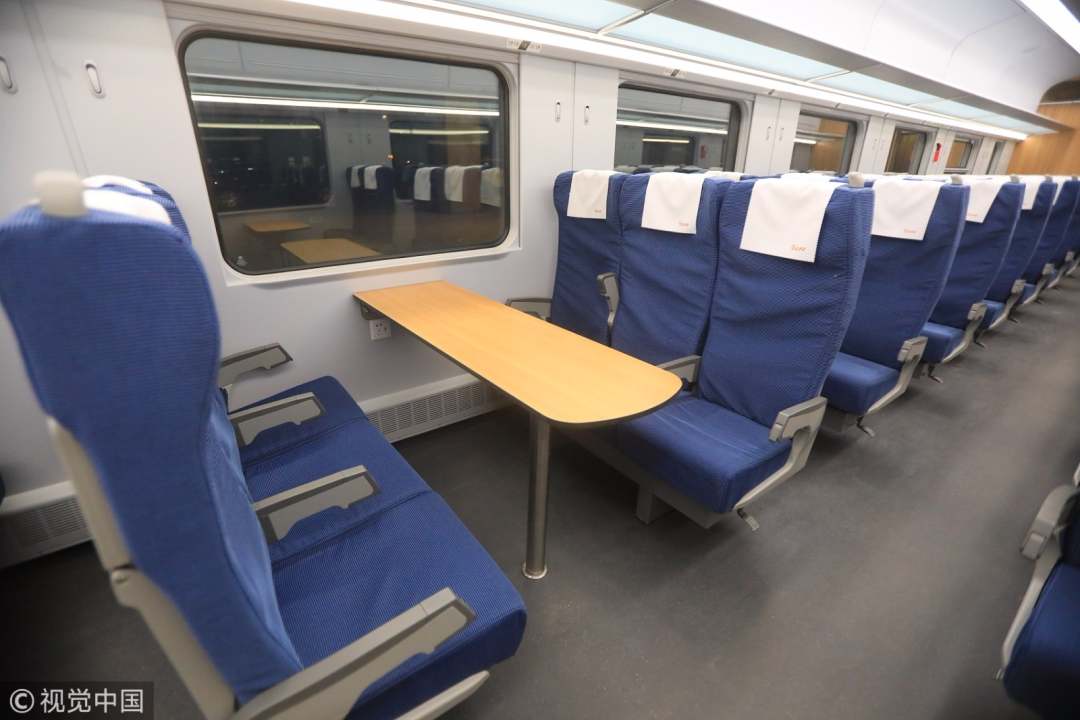 In fact, it is an upgraded green train, with many improvements in the interior. Facilities are designed with reference to the “Renaissance” making it more comfortable and convenient for passengers. Each seat is equipped with a small table, a power plug-in and a USB interface. The seat back is also adjustable. (Photo: VCG) 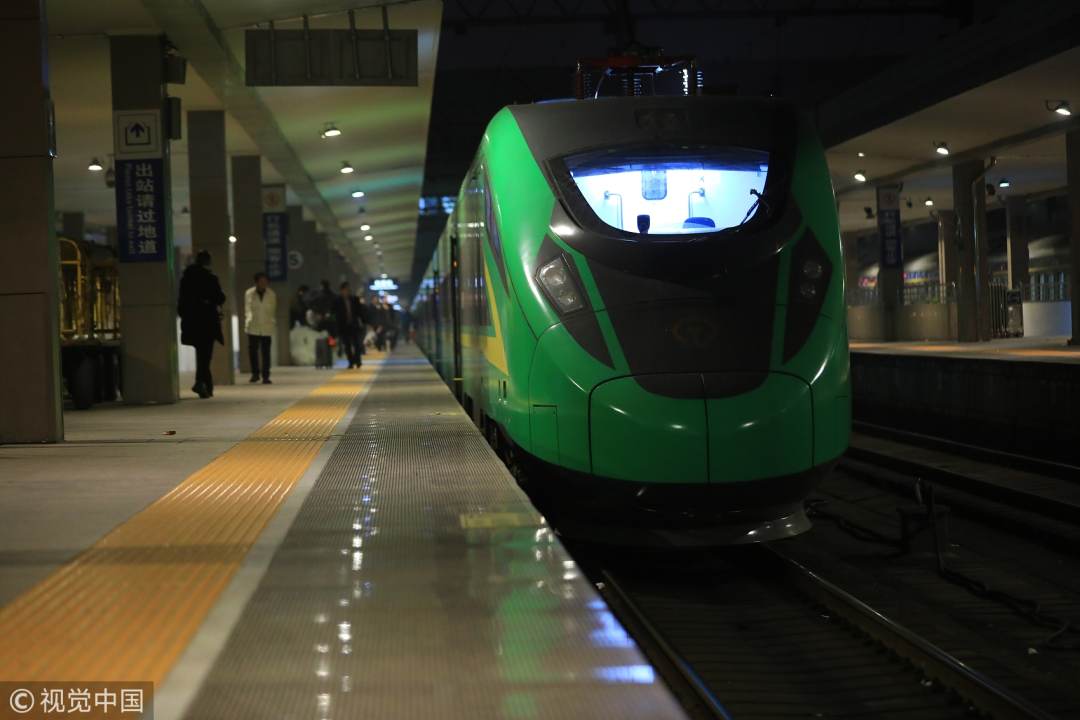 The "Hulk" consists of 18 compartments. The sleeper is similar to the previous green train. The secondary sleeper has 22 rows of seats. Each row is divided into upper, middle and lower berths. Capacity is 66 persons. There are reading lights, mobile phone charging ports, etc. on the train. It’s WIFI enabled. (Photo: VCG)