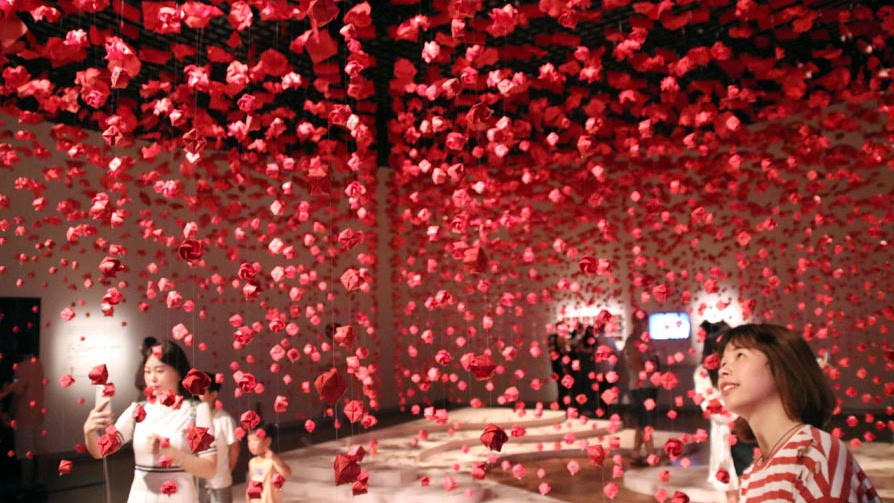 “The Little Prince” by French writer Antoine de Saint-Exupéry has touched millions of hearts around the world since it was first published in 1943. A recent exhibition at the Eslite Bookstore in city of Suzhou,  eastern China's Jiangsu Province, used origami art to bring scenes from the fantasy novella to life.

The month-long exhibition, which kicked off on June 15, ushered visitors into a colorful world full of imagination.For one particular exhibit, Liu spent two months decorating a hall with 6,700 origami roses. He also presented several scenarios depicted in the book, such as the Little Prince watching the sunset, his encounter with the fox and his love for the rose.The exhibition was to mark the 75th anniversary of the first release of “The Little Prince”.