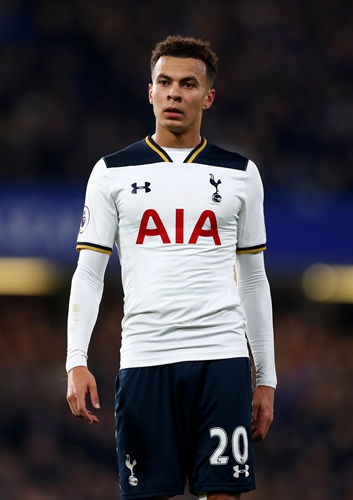 British footballer Dele Alli is losing his fans in China who said it was "unforgettable" and "unforgivable" after the Tottenham Hotspur midfielder posted a video on Snapchat mocking an Asian-looking man in relation to the novel coronavirus pneumonia outbreak.

The British midfielder on Sunday night posted an apology video on China's Twitter-like Sina Weibo, in which he has 2.5 million followers, saying that "it wasn't funny and I have realized that immediately and took it down."

It isn't something that should be joked about," Alli said in the video. "I am sending all my love and all my thoughts and prayers to everyone in China."

However, there has been little forgiveness for him, which is understandable given that the epidemic has infected 40,249 people and killed 909 in China as of press time. The UK also confirmed three cases, and the number in Europe is 38.

"People are not just numbers. Although the main battlefield is in China and East Asia, the fight against the novel coronavirus pneumonia is a no doubt a global challenge, especially after the WHO declared the coronavirus outbreak a Public Health Emergency. I hope his South Korean teammate Son Heung-min could close the door of the locker room and beat him up!" said one netizen on Twitter-like Sina Weibo.

The Tottenham midfielder wished Chinese fans a happy New Year and encouraged people who were affected by the coronavirus in China in January 27.

"I can't see any respect nor empathy for human beings, especially people who are suffering from the epidemic, through Dele Alli's behavior. Speaking one way and thinking another is really disgusting," said another.

"People are suffering from the coronavirus all over the world. Alli's racist move is totally and unforgivable and unforgettable for me," said another Weibo User.