CHINA 'Vegetable market' in the train

'Vegetable market' in the train 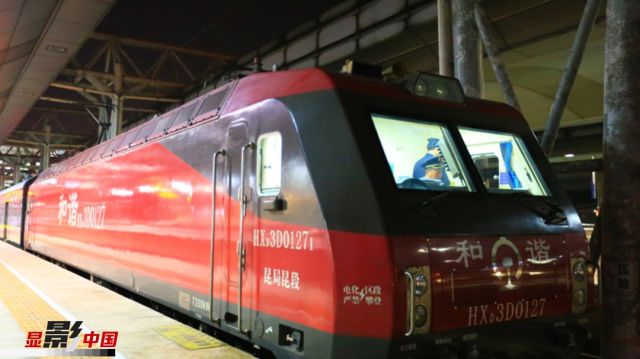 Everyday, a green leather train numbered 6162 departs slowly from Kunming station, capital of southwest China's Yunan Province on the morning. Since the opening of the Chengdu-Kunming Railway in 1970, this train has been in operation for nearly half a century. The picture shows the 6162 trains ready to depart. 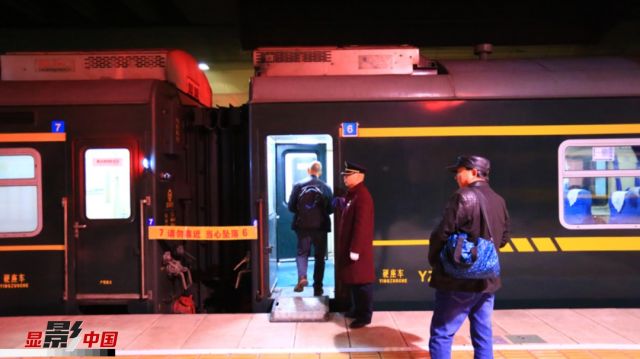 The 6162 train travels for more than 7 hours for 351 kilometers, passing through 25 stations including Lufeng, Yuanmou and Huashangzi, and finally arriving at Panzhihua station in southwest China's Sichuan Province. The picture shows passengers picking up their tickets. 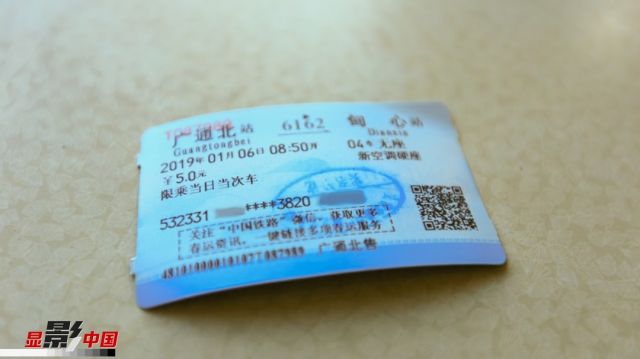 According to train conductor Yang Zhaoxiang, based on the consideration of public welfare poverty alleviation, the fare of the trains are always very low, and most of the villagers along the towns travel short distances, so the fare is set between 4 and 8 yuan, and the lowest price of goods is 1 yuan. The picture shows the 5 yuan denomination train ticket. From Kunming Station to Panzhihua Station, there are always a lot of problems along the railway, including high-altitude roads, dangerous terrain and inconvenient traffic. There are many stops, and cheap trains have become the main means of transportation  for the villagers near the town. The picture shows the villagers dragging the goods to the nearby townships to the door of the train. 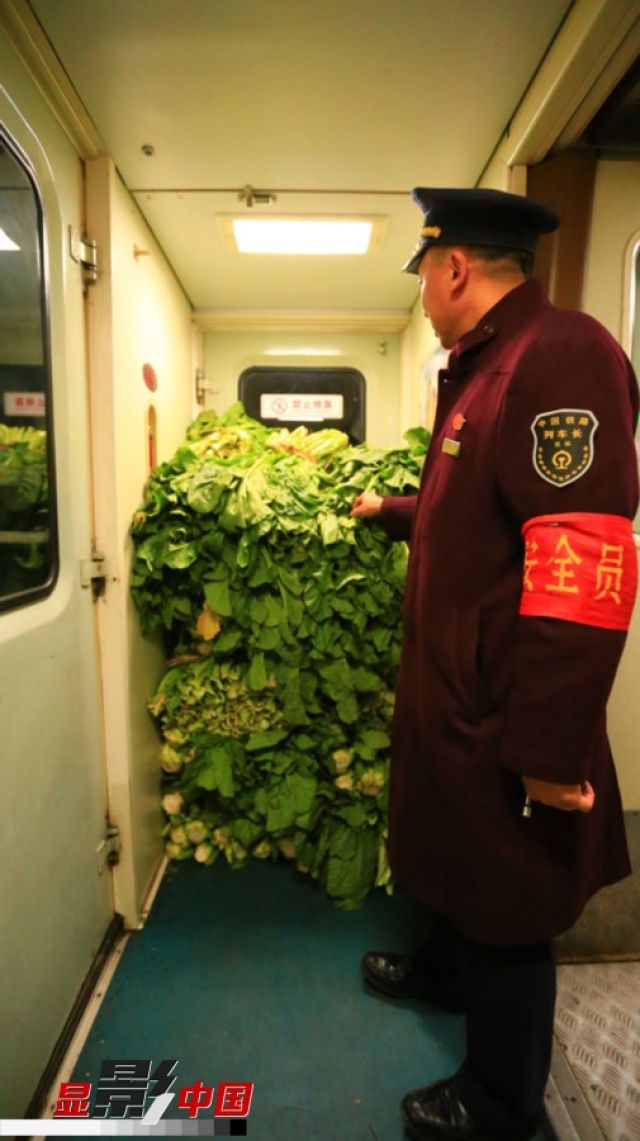 Wang Cuiqiong, a villager who got on the bus at Guangtong North Station, brought more than 20 kilograms of cabbage. She was going to take care of her father who had been sick for a long time. She believes that taking a train takes less time than a shuttle bus and costs less. The picture shows train conductor Yang Zhaoxiang checking the agricultural products brought by the villagers along the way. 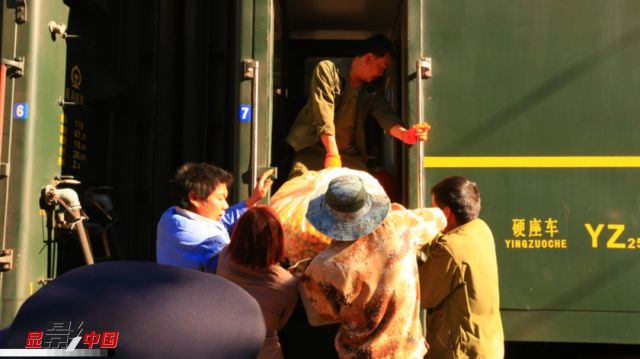 Li Yinglong, a villager living near Yangjiuhe Station, has been taking the train for five years. This time, he brought 32 baskets of small tomatoes and other vegetables to sell in Yuanmou County. Li Yinglong calculated that if vegetables were transported by train, they would earn at least one hundred yuan a day. The picture shows villagers carrying vegetables into the train. 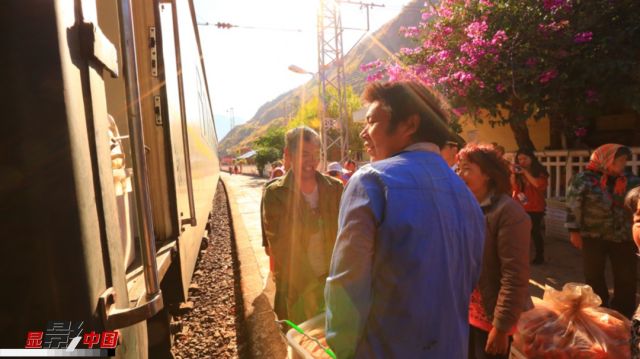 The train not only facilitates the travel of the people along the line, but also enriches the people through the train. The picture shows the villagers carrying the goods into the train. 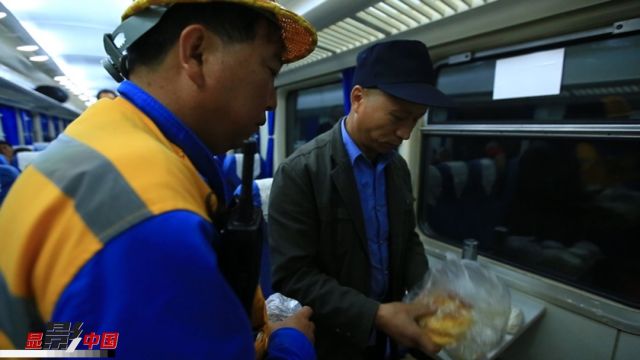 Qi Derong, who has been selling vegetables and fruits on the 6162 train for three years, is familiar with the train. He uses his parking time to sell the necessities to villagers and sells his own vegetables on the train. Gradually, his business is getting better. The picture shows railway workers buying food from Qi Derong. 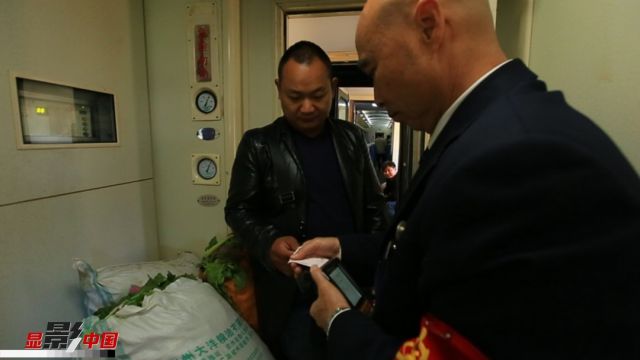 In March 2017, the 6162 train became a public welfare "slow train", Yang Zhaoxiang told reporters. However, the “slow train" is not actually slow.  It is the parking time that is long. In order to save time and facilitate the masses, people along the line mostly get on the bus first and then buy tickets. The picture shows the train conductor making tickets for villagers who get on the train along the way. 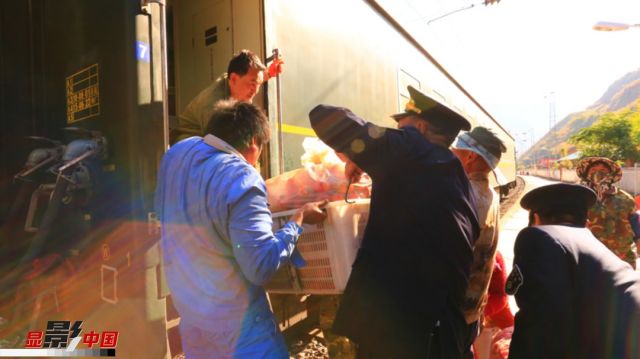 As the route of 6162 mostly passes through remote mountainous villages, the stopping time is mainly dominated by local villagers. If the villagers bring a lot of goods, the conductor will get off to help the villagers carry the goods, and the train will wait until all the goods are put on the train. The picture shows the conductor helping villagers load goods onto the train. 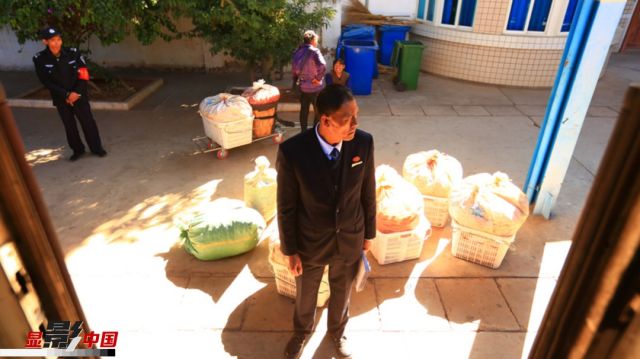 "Although the arrival time to Panzhihua station is often delayed, we don't want to leave any passenger behind or leave any box of goods behind," Yang said. The picture shows the conductor helping to look after some of the villagers' goods just removed from the train. 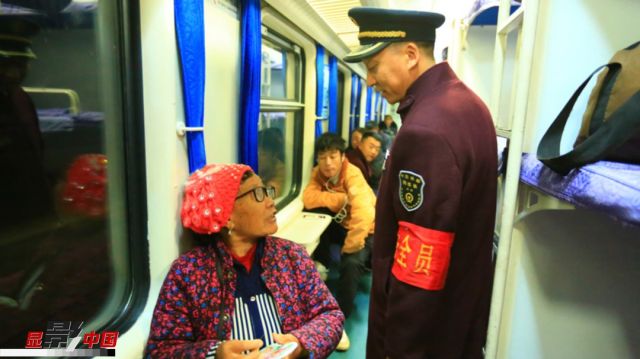 In recent years, many of the villagers along the railway continuously improved their living standards by selling their goods to other places or doing business on the train, according to Yang. In the past, passengers who took the 6162 to return home usually brought some daily necessities. Now, many villagers return home with supplements, drinks and other items. The picture shows Yang Zhaoxiang talking with villagers getting on the train at the station along the way. 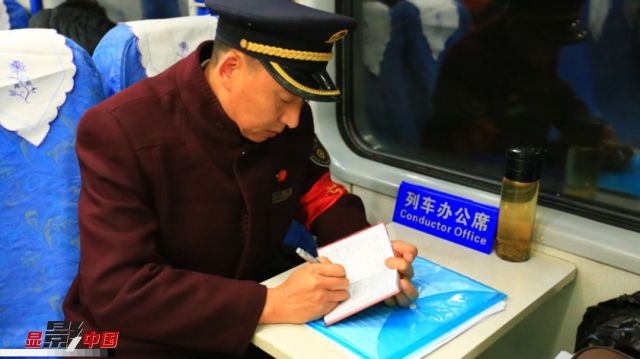 Yang was also impressed by the sharply reduced number of passengers. He said that in the past, when the one-way passenger flow of the train was at its highest, it reached more than 3,000 people a day. Nowadays, the maximum number of passengers is about 400 a day. The picture shows Yang Zhaoxiang recording the day's duty log. 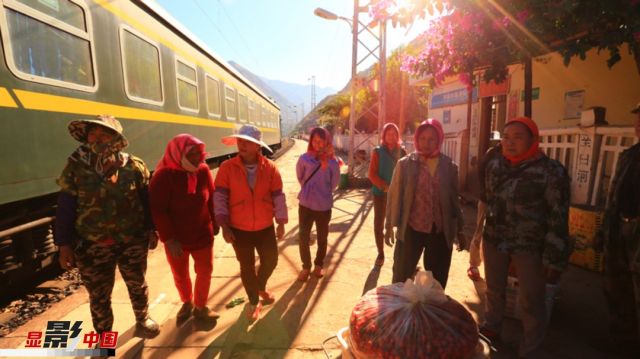 As the village has access to roads, the quality of life of the villagers has also improved. More and more people drive cars to go home, and less people take the train. The picture shows the farmers seeing off their husbands as they board train 6162. 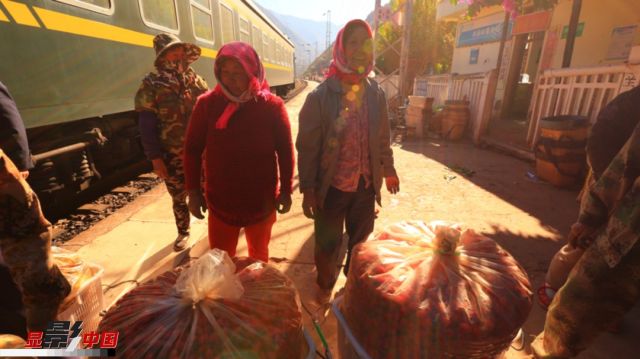 There are two more non-profit "slow trains" like train 6162 in Yunnan. Yang believes that no matter how times change, the non-profit "slow trains" will not stop. The existence of the "slow train" not only represents the concerns and care of railway workers for the people in poor areas, but also reflects the efforts made by railway departments to help the people pursue a happy life. The "slow train" carries the dream of every passenger, even the hope of every mountainous area resident to get rid of poverty.