'Village inside metropolis' to become new economic center in Shenzhen

Thousands of newcomers to Shenzhen are bidding farewell to Baishizhou. 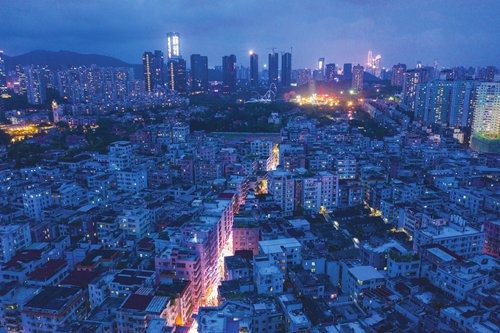 Baishizhou, the "village in the metropolis" in Shenzhen, South China's Guangdong Province, is going to be renovated. (Photo: VCG)

Known as "the village inside the metropolis," Baishizhou is the most densely populated area in Shenzhen, South China's Guangdong Province, which neighbors the Hong Kong Special Administrative Region.

Shenzhen has been a pilot of China's reform and opening-up policy, and Baishizhou was often the first stop for people who flocked to the city.

About 150,000 people and 2,000 rented houses are crowded into its 7.4 square kilometers of land, while the village has 1,800 online registered villagers.

In July, tenants received a notice telling them to move out by mid-September.

"A few days earlier, the landlord urged us to move, saying that Baishizhou is going to be demolished and renovated," a tenant, surnamed Liang, said. "It's okay for us to move, but what about our children's education?"

Liang's concerns are shared by many residents who are leaving Baishizhou. According to previous policy, if they do not live in a certain region for one year, their children cannot go to nearby schools.

Fortunately, the Shenzhen education department acknowledged the problem and drew on other cities' experience. A new policy addressing the issue is expected to be released, the Guangdong-based news website southcn.com reported.

A local developer has also offered to extend the deadline by three months for the tenants to make arrangements for their children. The developer plans to arrange shuttle buses to transport children from their future homes to schools near Baishizhou.

The Baishizhou renovation project was initiated in 2005, with the early stages involving research work. However, 14 years on, the project is finally being implemented.

According to southcn.com, the project will attract several world-class companies to move to the area, and different types of apartments will also be built here.

Guo Pengsheng, President of the Urban Renewal Professional Committee of the Shenzhen Real Estate Association, said in a recent forum that the renovation will be completed in 2029, southcn.com reported.

After 10 years, a new Baishizhou is about to emerge.