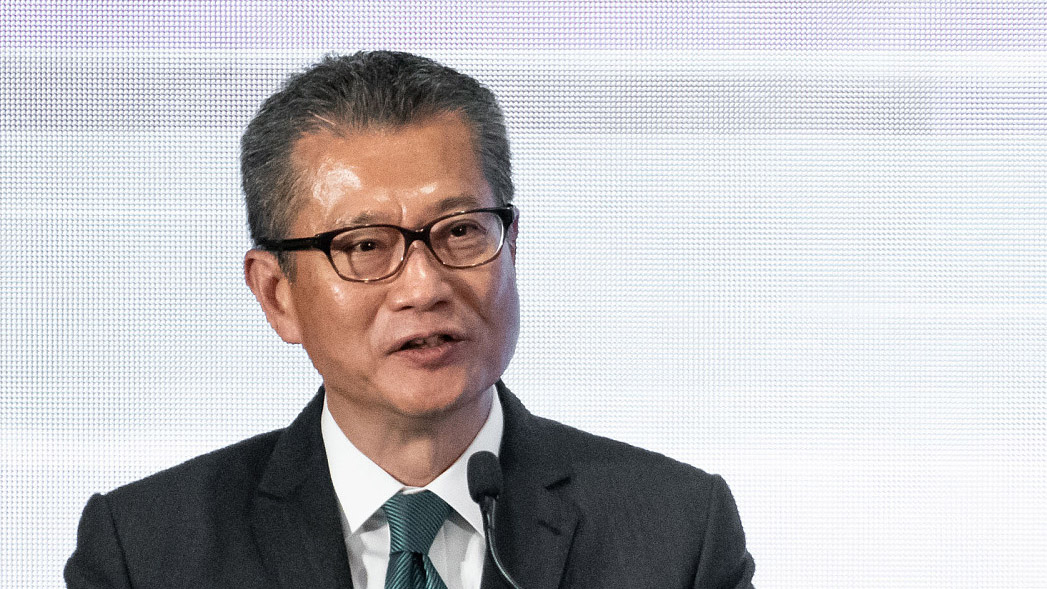 Hong Kong Financial Secretary Paul Chan has been visiting London to promote Hong Kong-UK trade ties. Heading a FinTech delegation with an eye on financial innovation, he attended the usual diplomatic dinners but was keen to look at some fast growing start-ups operating in London that might present opportunities for collaboration between the two sides.

"We appealed to the business community here for support for a free trade agreement between the UK and Hong Kong following Brexit. There are tremendous opportunities for both sides and business sectors expressed a big desire to see that come to realization,"  Chan said.

At a press conference on Thursday, Chan faced probing questions from journalists about the state of the faltering Hong Kong economy and how the Hong Kong SAR government is helping businesses struggling, following 21 straight weekends of unrest.

Chan said the outlook is not comforting for a small and outwardly-looking trading and services economy like Hong Kong, but that the fundamentals are working just fine.

"If you look at our stock market, banking system, fund flows and the currency peg – they have all been functioning well in the past months. If you look at that you don't realize we are suffering social unrest," he responded.

"With Hong Kong being an international financial center, we do pay a lot of attention to ensure financial stability so capital can flow in and flow out freely anytime. We will continue to be resilient in this respect because a stable and resilient system is very important for the subsequent rebound of our economy."

Worse than everybody's estimates – the Hong Kong economy has tumbled into a technical recession for the first time in a decade. Economic growth shrunk 3.2% in Q3, contracting for a second straight quarter, according to preliminary government data. The numbers were the weakest for the Asian financial hub since 2008/2009.

The damage from the protests, plus the protracted China-U.S. trade war, have made it "nearly impossible to rule out" negative growth for the year.

"Looking into the near future, the fourth quarter will continue to be challenging. We are in the process of restoring law and order, returning the community to calmness and need some time for foreign tourists to come back, for foreign businesses to activate their investments in Hong Kong," Chan said.

Despite the negativity, Chan is optimistic that an anticipated compromise between the U.S. and China, regarding trade, could alleviate some of the uncertainty for Hong Kong in the longer term.

Last week Chan gave Hong Kong a cash injection for the third time in as many months. He released $255 million to cut retailers' rents by 50% and subsidize taxi drivers and local ferries.

"We need to work together. The business sector needs to work with government to ride through this storm," he said.

"We have 1.2 trillion HKD in fiscal reserve, so despite the economic difficulties, we have sufficient financial resources and policy room for us to roll out measures to support our different sectors," he said.

Meanwhile investors still see Hong Kong as a draw. Despite the many months of unrest, the city's Hang Seng Index is still up 4% for the year.