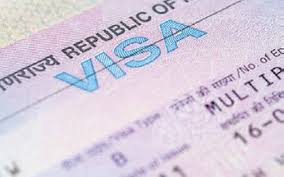 Chinese netizens have once again felt the unfriendliness from the Indian government amid the China-India border tension and COVID-19 epidemic, as New Delhi reportedly has introduced stricter visa rules for Chinese people.

According to the India Times, China was included into the "Prior Referral Category countries," along with 33 countries like Iran, Bangladesh, Afghanistan and Pakistan, whose nationals cannot be granted multiple-entry tourist visas for a five-year period as a default option.

Although Indian media said the stipulations were made to adapt to the situation amid COVID-19, some observers said it is absurd for a hard-hit country like India to impose visa restrictions to people from China, the world's safest country amid the pandemic.

India's move has drawn a lot of attention online, with over 250 million views on Sina Weibo, with many saying India is not an attractive destination to Chinese tourists due to its poor sanitation and chaotic social order.

In an online poll launched on Thursday night by an online celebrity dubbed "Is there anyone who wants to visit India," 162,000 Chinese netizens picked the answer "No," while 3,300 said "it depends," and another 3,300 netizens chose "Yes," as of 13:00 PM Friday.

"India's move is actually a protection to Chinese people, especially amid the COVID-19 pandemic," an Internet user mocked on Twitter-like Weibo.

India reported over 95,000 new domestic COVID-19 infections on Thursday, bringing the total number to 4.47 million, about 16 percent of the global cases.

China has been exercising restraint throughout the dispute saga and the border issue. Although nationalist sentiment within India is still strong, both Chinese and Indian people need to keep calm and avoid causing a long-term damage to bilateral relations, Sun Shihai, an expert at the South Asia Research Center under Sichuan University, told the Global Times on Friday, after Chinese-Indian foreign ministers reached a consensus in Moscow on Thursday beyond expectations.