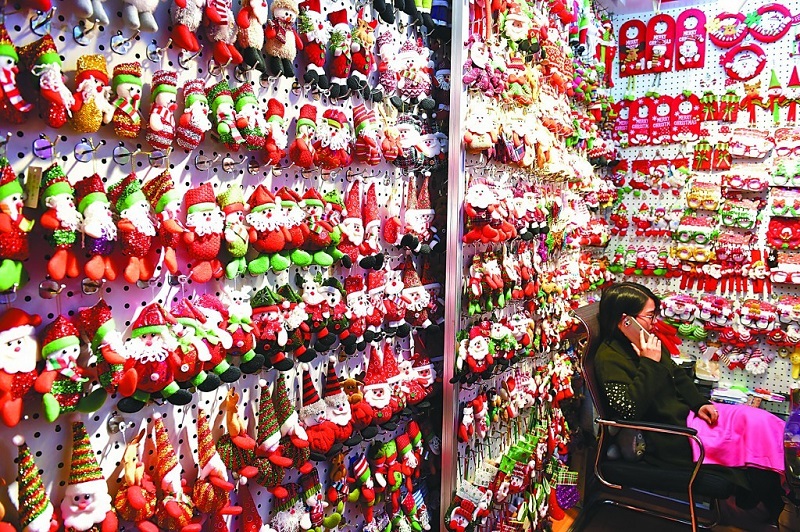 A Christmas supply surge is being welcomed by the merchants of Yiwu, a city in East China's Zhejiang Province sometimes dubbed the "world's supermarket."

Purchases from Western countries have bounced back compared to last year's COVID-19 plunge, but chaotic international shipping has complicated the situation despite generally better sales between China and the Western world.

Merchants told the Global Times that this Christmas season's sales have been bittersweet during the second year of pandemic. 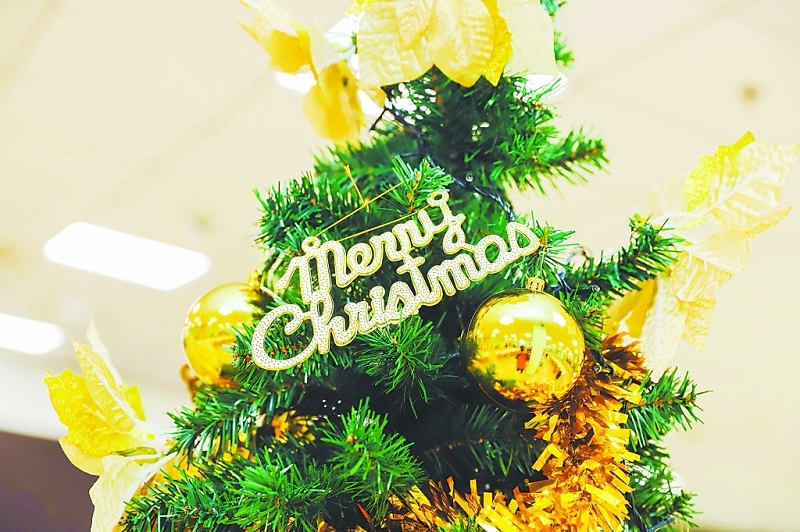 International shipping prices have also dropped from previous highs and that correction is encouraging American buyers, noted Yang Jiang, a manager at Bofung International Logistics Company in the Zhejiang city of Ningbo.

The price of one container dropped by "thousands of dollars" and so saves a fortune for those shipping low-value items, said Wang Yi, general manager of an Yiwu trading company.

Christmas-based businesses at the Yiwu International Trade City have welcomed their second holiday season since the pandemic as they ship out more products than last year.

But there are still headaches for traders of low value-added Christmas gifts: power outrages and factory production suspension as well as rising raw material.

"The market has picked up this year," said Ms He, who runs an Yiwu-based crafts company. "It really hit rock bottom last year. Since the beginning of this year, our export orders have started increasing. Although the growth rate's not very large, it's much better than last year."

He reasoned that after they exhaust their inventories, there will be a surge in purchases during Christmas 2021.

Orders from the US are on the rise: In the first nine months of 2021, trade between China and the US was up 35.4 percent year-on-year at $543 billion.

China's exports to the US amounted to $412 billion, a 32.9 percent increase, according to China's General Administration of Customs data.

Western Christmas product shopping from Yiwu traditionally starts in March, peaks in June, July and August, and ends in September. This year's Christmas buying spree has largely ended and those goods are heading toward the US.

Many US ports remain jammed with waiting container ships with no guaranteed arrival time for supermarkets.

Generally it takes less than 20 days for ships from Ningbo to make it to US west coast terminals. But it is hard to guarantee when such cargo will be unloaded or delivered to supermarkets via the US transportation network.

"US supermarkets will find ways to solve the problem of empty shelves and the market will solve all the problems," said Jin Lixian, manager of an international shipping company in Yiwu.

"If they can't solve it, it must be a problem with the operation capacity of the supermarket, not a transportation problem."

Jin added that maybe there was a supply shortage in certain supermarkets, but by Christmas Day, the whole problem will not be too serious.