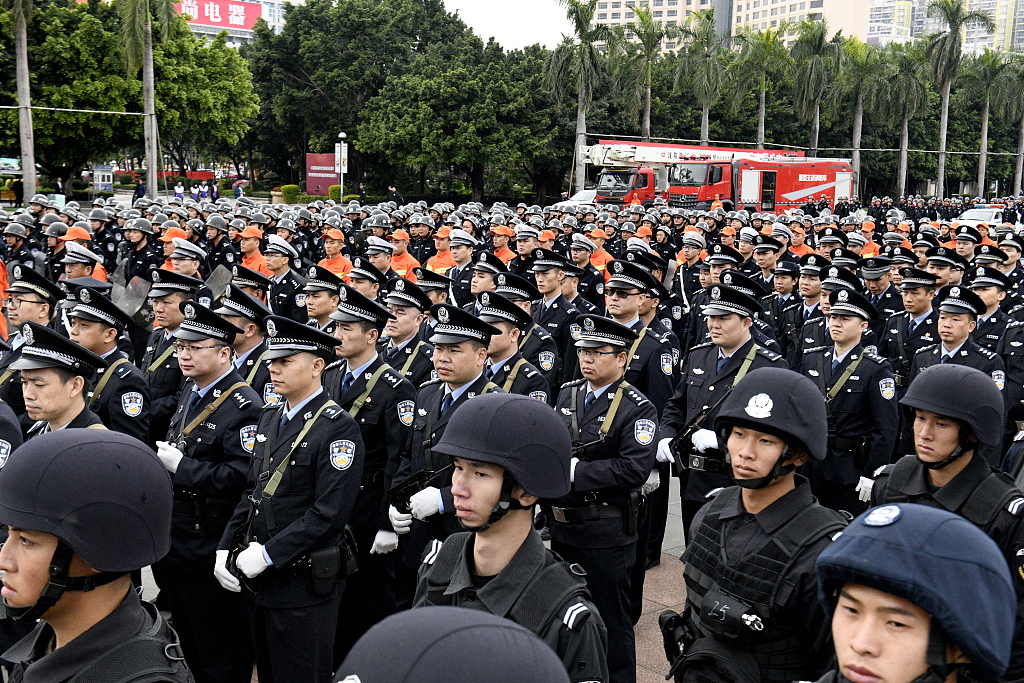 BEIJING, Dec. 31 (Xinhua) -- China's campaign against organized crime initiated in January 2018 has seen the removal of 1,082 mafia-style gangs and the seizure of 1,620 guns by law enforcement agencies.

Between January and November, China saw a decrease of 27.6 percent, 29.1 percent, and 6.3 percent in criminal cases of gun use, explosions, and murders respectively, compared with the the previous year, according to authorities.

As of the end of November, the number of cases involving officials with links to mafia-style gangs totalled 11,829, according to a national office spearheading the campaign. As a result, a total of 8,288 people received Party disciplinary or administrative penalties, and 1,649 were transferred to judicial authorities for suspected criminal involvement.

To stop the rise of criminals, authorities have stepped up efforts to check community-level officials with potential criminal-links. From January to the end of October, a total of 1,141 village cadres were found to have criminal links and were removed from their posts.

The campaign is expected to last a total of three years.