NANJING, July 29 (Xinhua) - Marine police of east China's Jiangsu Province said Monday that they had recently seized nearly 1,000 tonnes of smuggled oil products near the estuary of the Yangtze River. 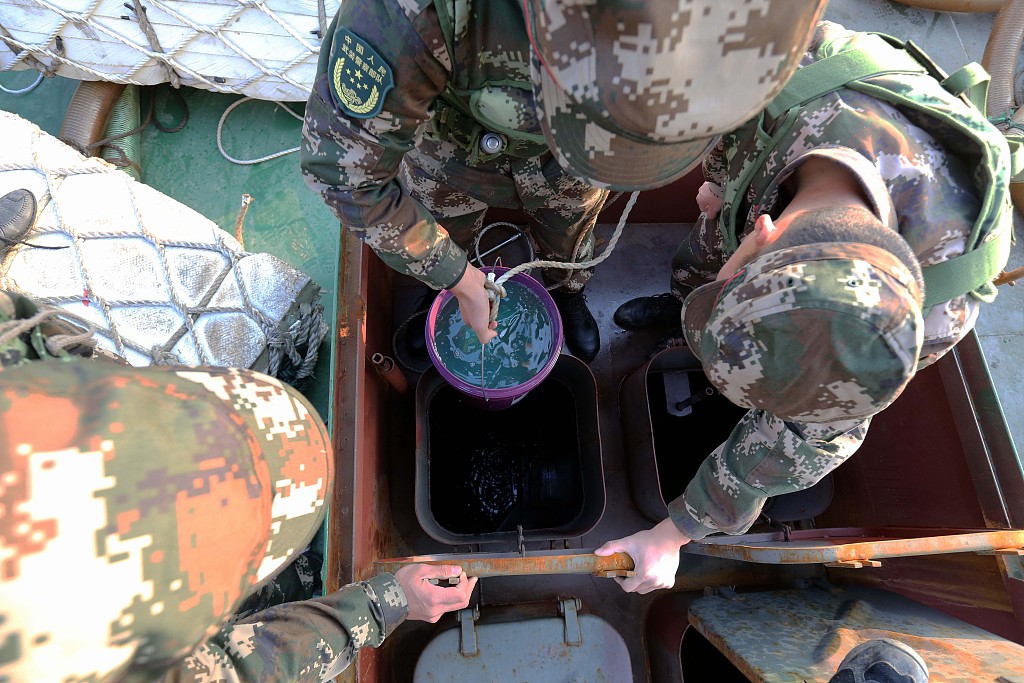 The oil was seized on the river by the city of Taicang. The police also caught 11 people involved in the case and seized two ships.

Acting on a tipoff that there would be an illegal transaction of oil products on the night of July 24, the police discovered the two ships which were handing over the oil products at midnight.

Preliminary investigation showed that the oil products were bought without any legal procedure.

The China Coast Guard on July 10 launched a hotline to receive calls for emergency services and reports of criminal cases and other violations at sea.

The Jiangsu coast guard so far has received 27 calls and busted five oil product smuggling cases with 3,100 tonnes of oil products involved, plus nine ships and nine oil tankers, as well as 50 people.