CHINA 1,500 entrepreneurship bases to be built for returning workers

1,500 entrepreneurship bases to be built for returning workers

A number of central government departments, including those responsible for agriculture, environment, stock market and cultural relics have responded recently to matters of public concern. 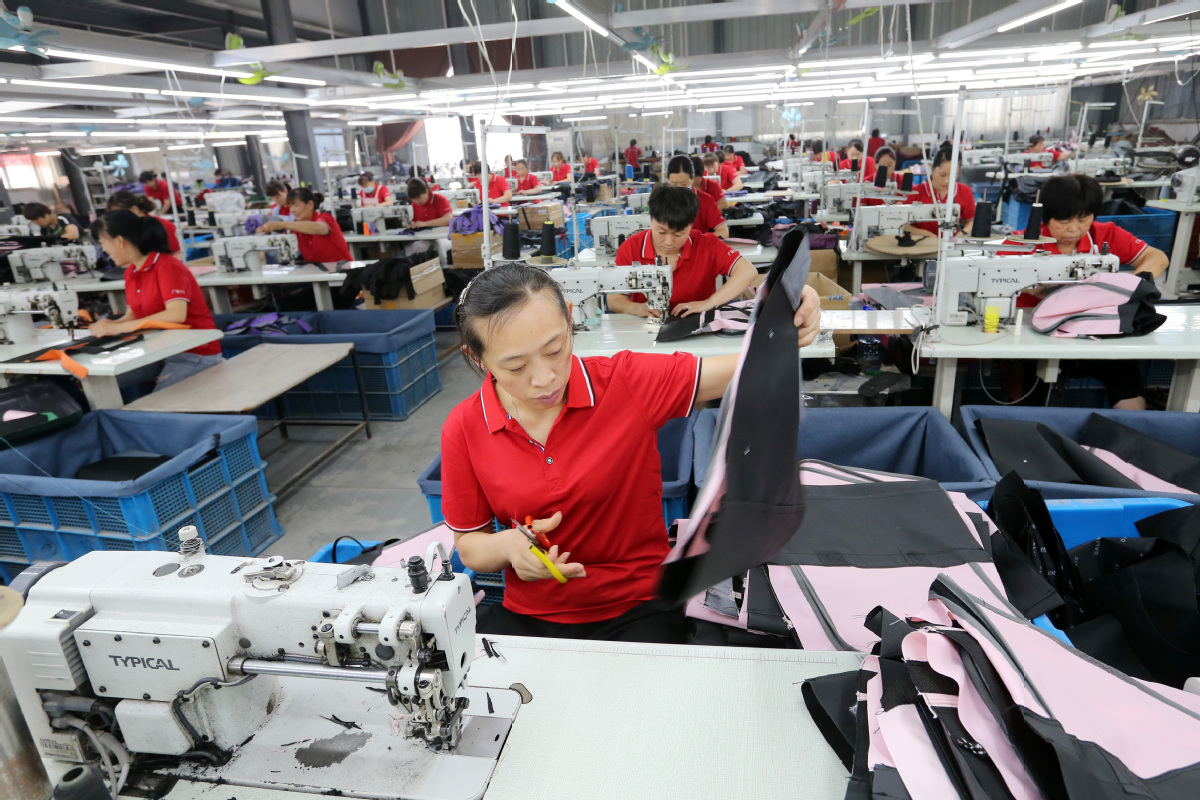 By 2025, 1,500 entrepreneurship incubator parks will have been built in rural areas across the country to accommodate entrepreneurial villagers returning from urban areas, the Ministry of Agriculture and Rural Affairs said in a release posted on its website on Nov 10.

The parks will have full functions, offer excellent services and provide wide coverage and a high incubation rate, according to a circular mentioned in the release that was jointly issued recently by the ministry and departments including the Ministry of Science and Technology and the Ministry of Finance.

The policy drive is expected to attract 3 million people returning to their hometowns for entrepreneurship and innovation, in turn helping 20 million former migrant workers to find jobs near their rural homes.

There has been a marked increase in entrepreneurship by migrant workers returning to their hometowns this year, in part due to the economic effects of the COVID-19 pandemic.

The circular pledged stronger financial support, and said one-off subsidies can be granted to those who have returned to hometowns to start businesses for the first time and have operated their businesses for more than a year.

China achieved some early results this summer in preventing and controlling ozone pollution, which is caused by a gas that helps filter ultraviolet light from the sun in the atmosphere but is toxic at ground level, an official with the country's top environment authority said on Nov 10.

The average concentration of ozone in 337 cities across the country rose 6.5 percent year-on-year last year, said Li Tianwei, an official with the Ministry of Ecology and Environment.

Following special campaigns launched by the ministry in July in cities that accounted for the majority of ozone emissions, concentrations dropped considerably in key regions including Beijing, Tianjin, and Hebei and Shanxi provinces, and the number of days with excessive ozone levels declined significantly, Li said.

The ministry will increase efforts to reduce emissions of volatile organic compounds-a key component in the generation of ozone and PM2.5-and law enforcement will be reinforced to further contain ozone pollution, he said.

China's top securities watchdog has pledged more efforts to improve the quality of listed companies, vowing to improve corporate governance, bolster the mechanism for exiting the market, and toughen punishment for illegal acts.

A targeted campaign will be launched to enhance corporate governance of listed firms, the China Securities Regulatory Commission said at a meeting on Nov 10.

The commission's campaign will prompt companies to conduct self-inspection and rectification, and clearly define and improve their corporate governance rules and systems.

It should augment a separate three-year action plan on the reform of State-owned enterprises in order to push State-owned companies to improve their quality, the meeting decided.

Supervision of the exit mechanism for listed companies will be strengthened, the criteria for delisting will be fine-tuned, and relevant procedures will be streamlined, the commission said.

It also pledged to reduce risks related to stock pledges by listed companies and have zero tolerance for illegal activities in the country's capital market.

A pilot reform on managing cultural relics owned by individuals was launched in Shanghai on Nov 10 to encourage legitimate private collection and promote the growth of the cultural relics market, Liu Yuzhu, head of the National Cultural Heritage Administration, said.

The trial reform aims to help address key problems that have long clouded the development of the industry, Liu said in an interview with Xinhua News Agency on Nov 10.

More than 10 important measures concerning cultural relics will be introduced to promote experimentation with the reforms in Shanghai, he said.

The measures include implementing projects to boost public awareness of the collection and appreciation of cultural relics and the laws and regulations that protect them.