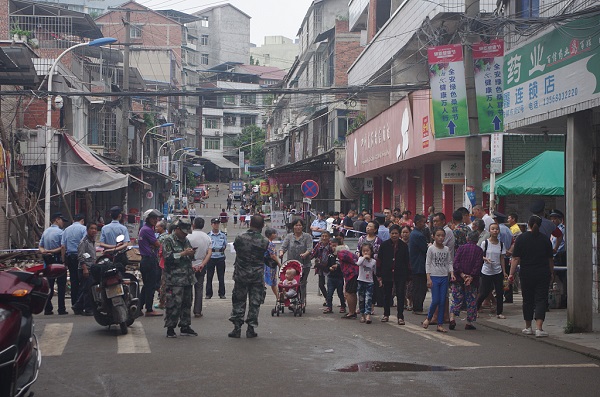 The quake, which jolted Weiyuan County in Neijiang City at 6:42 a.m. Sunday, has affected 63 townships, according to the emergency management bureau of Neijiang.

The number of local residents affected by the quake increased to 10,883, with 2,417 people relocated. A total of 132 houses collapsed after the quake, with 161 houses severely damaged and 4,880 others slightly damaged, the bureau said.

More than 100 armed police members have been dispatched to the quake-hit areas for search and rescue work and hazard control.

The epicenter, with a depth of 10 km, was monitored at 29.55 degrees north latitude and 104.79 degrees east longitude, according to the China Earthquake Networks Center.