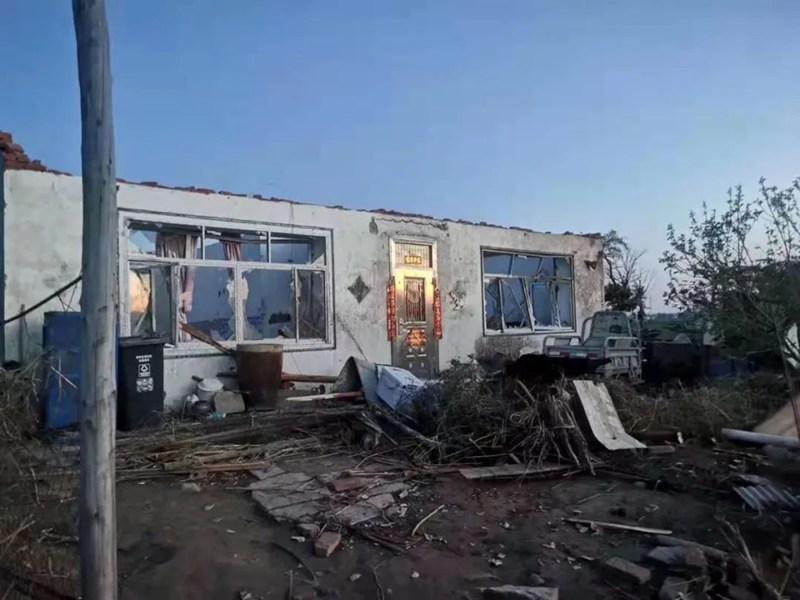 HARBIN, June 2 (Xinhua) -- One person was killed and 16 others were injured as tornado and hail lashed northeast China's Heilongjiang Province on Tuesday, local authorities said Wednesday.

The extreme weather has thrashed the city of Shangzhi for about 30 minutes starting from 5:30 p.m., with four local townships being affected, according to the municipal authorities.

As of 6 a.m. Wednesday, it was reported that the tornado had damaged or toppled 148 houses and ravaged through farmlands.

More than 240 villagers have been evacuated and the economic loss was primarily estimated at 5.12 million yuan (about 795,400 U.S. dollars).

One seriously injured is under treatment, while the others only suffered minor injuries, local authorities said.