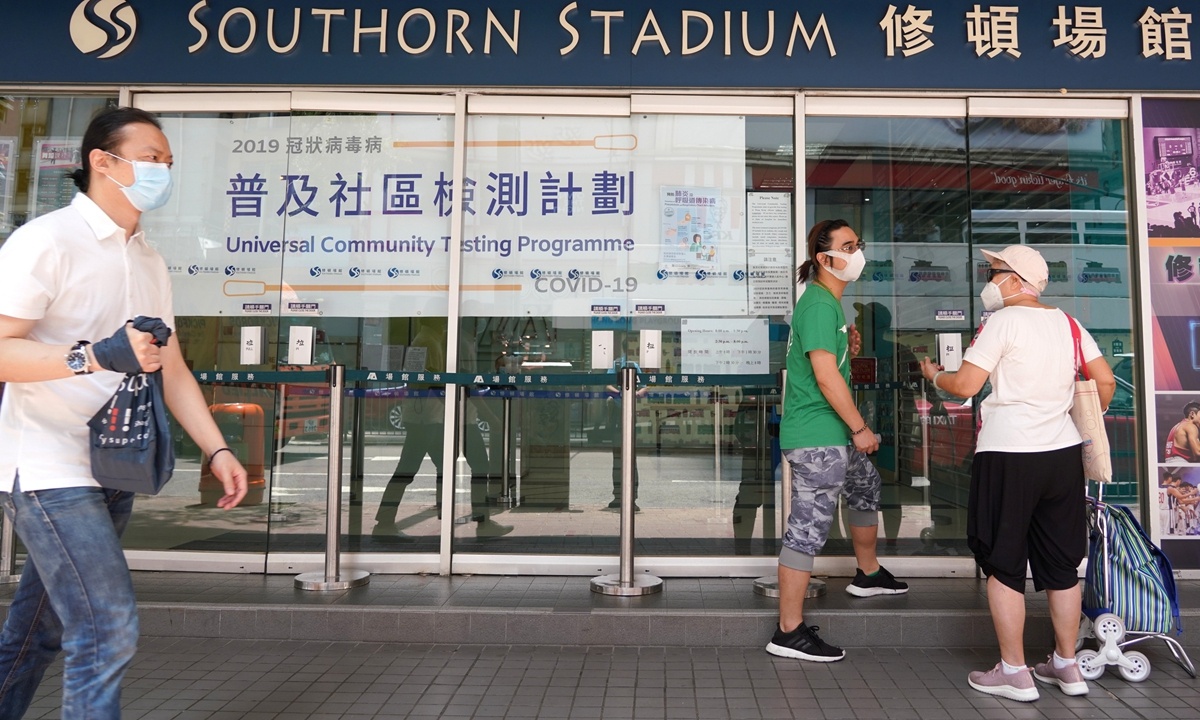 Over 10,000 residents had been tested hours after the community nucleic acid testing scheme kicked off in the Hong Kong Special Administrative Region (HKSAR) on Tuesday, Chief Executive Carrie Lam said, while rejecting attempts by some medical personnel from the Hospital Authority to discredit the scheme and urging the relevant organizations to hold back their opposition.

At least 593,000 residents have signed up for the scheme, which aims to find silent virus carriers and cut off transmission routes for the city.

However, there are groups, including the HA Employees Alliance (HAEA), who have called the scheme ineffective and are discouraging residents from participating.

Lam responded to the claims brought up by the HAEA one by one at the Tuesday press conference, calling on the group to respect professionalism and view the anti-epidemic work objectively.

Since July, the SAR government has expanded testing to a variety of high-risk occupations, such as nursing home employees. Thanks to the support of the central government, Hong Kong can now carry out universal community testing, the chief executive said.

Locking down the borders of Hong Kong is an old topic that should no longer be an issue, Lam said, noting that under strict immigration restrictions, only 1,200 people could enter the city through the airport and two land ports in August, most of whom are Hong Kong residents.

The HAEA alleged the scheme would be ineffective, as residents will relax epidemic prevention measures when they learn that their test results are negative, but Lam believed this is underestimating residents' discipline in following anti-epidemic measures.

As the chief executive, Lam said she has cherished and protected the Hospital Authority, including all of its employees. The chief executive herself sought to ensure mask supplies for HA staff from the central government, and found ways to purchase inpatient beds and bolster community medical treatment facilities.

Lam hoped that staff from the HA can view the anti-epidemic work objectively and respect professionalism.

The chief executive gave assurances for the quality of testing, and said positive test results will be double-checked by the health department.

Lam will lead council members to undergo testing in batches at the testing centers of the Government Headquarters.

More than 6,000 medical personnel are taking part in the testing program, and some 4,000 government personnel are providing administrative support in community testing centers in various districts.