Since the COVID-19 outbreak began, China has made tremendous efforts to contain its spread. Now that China has largely controlled local transmission of the virus, let's go over some key terms from its fight against the contagion. 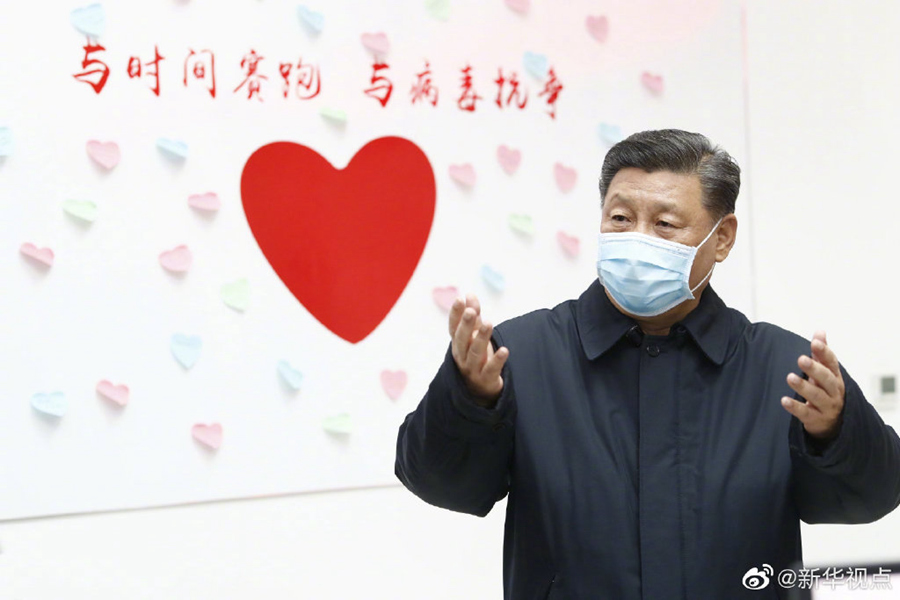 After the outbreak emerged, China established a quasi-wartime work mechanism led by the country's top leader.

On Jan 25, a leading group for epidemic control, headed by Premier Li Keqiang, was set up by the CPC Central Committee. 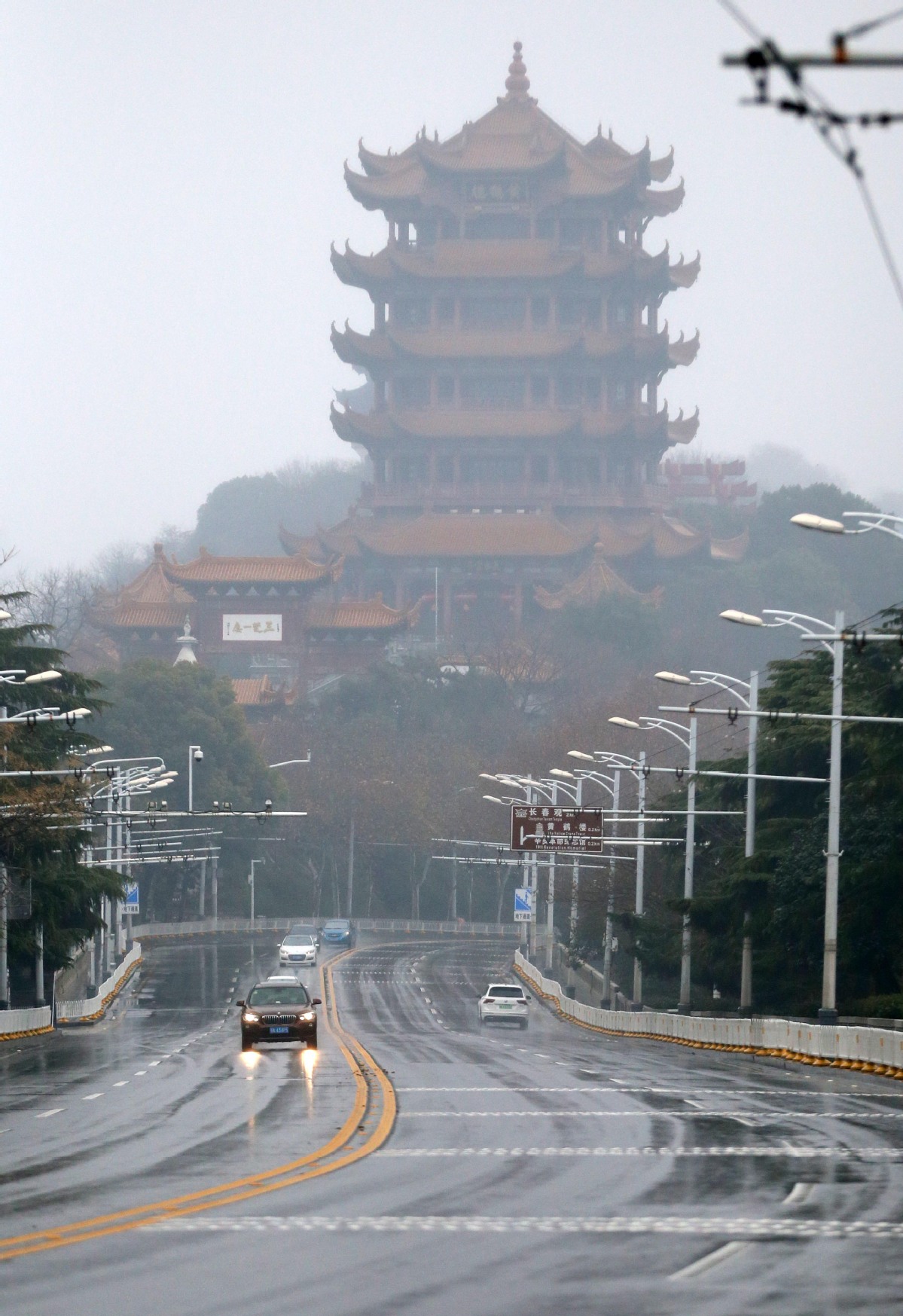 On Jan 23, all inbound and outbound flights, as well as rail, bus and ferry services to and from Wuhan, the epicenter of the outbreak in China, were suspended – apart from those required for emergency purposes – isolating the city of 11 million people from the rest of the country. All public transportation in the city, including subways, buses and taxis, was also suspended to curb the spread of the virus.

It was an unprecedented move in China's modern history, and other cities in Hubei took similar measures, with the lockdown swiftly extended to the whole province.

According to a study published in the journal Science on March 31, the Wuhan lockdown, together with the national emergency response, reduced the number of confirmed COVID-19 cases outside Wuhan on the mainland by 96 percent within a month of being implemented.

The lockdown of Wuhan was not lifted until April 8, spanning 76 days. 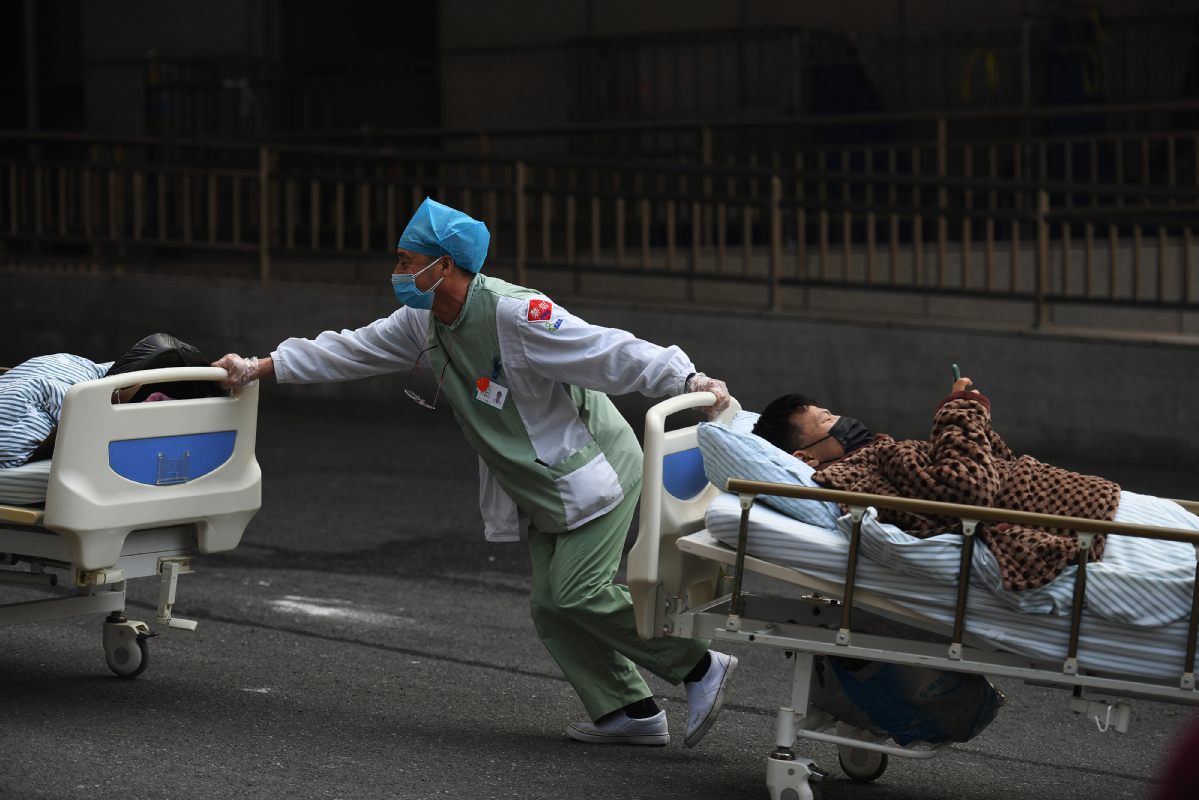 After the outbreak emerged, Chinese authorities ordered all-out efforts to provide tests and treatment for all those in need, and isolate confirmed and suspected cases as well as close contacts of confirmed cases.

In early February, under the guidance of the central government work team, authorities in Wuhan intensified efforts to identify all cases and close contacts in residential communities and sent them to designated hospitals and other facilities for treatment or medical observation under isolation.

In about two weeks, the authorities in Wuhan had inspected 4.2 million households in the city and identified all confirmed and suspected COVID-19 cases and close contacts of confirmed patients. They were all sent to hospitals and other designated facilities.

Testing is also crucial to contain the virus from spreading.

Initially, there was a shortage of viral testing kits in Hubei, which was reversed after authorities expanded the list of institutes certified to conduct such tests by allowing P2 biosafety labs, qualified major hospitals, centers for disease control and prevention and professional testing institutes could carry out reverse transcription polymerase chain reaction to provide nucleic acid tests.

As a result, daily testing capacity in Hubei province increased from 300 samples in the beginning of the outbreak to more than 20,000, thus all suspected cases could receive tests in a timely fashion. 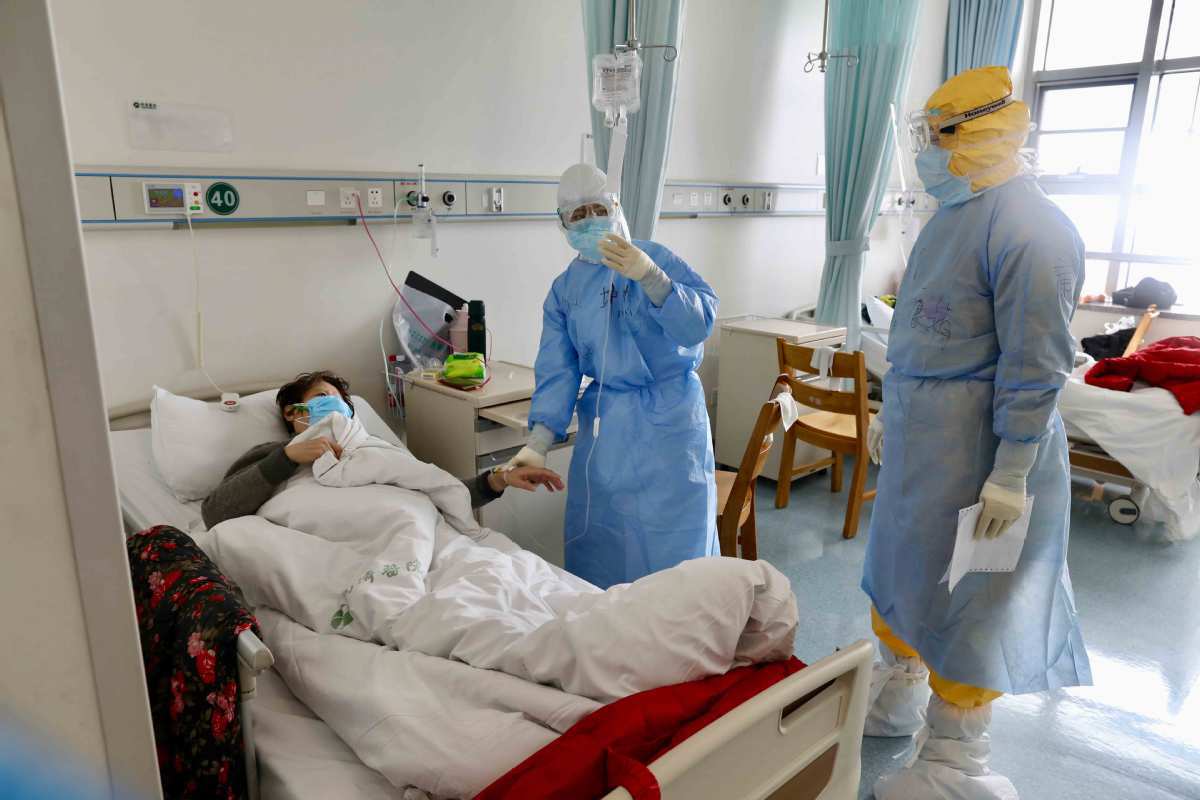 Doctors from Beijing check on a patient at Tongji Hospital in Wuhan, Hubei province, Feb 3, 2020. (Photo by Zhu Xingxin/chinadaily.com.cn)

It is a national strategy in China for one province or a major city to provide assistance to a designated region in need of help.

In the coronavirus outbreak, 19 provincial-level regions were paired with 16 cities in Hubei,

excluding Wuhan, to offer dedicated point-to-point help fighting COVID-19. For Wuhan, resources were mobilized from across the country to help the city battle the epidemic.

In total, more than 42,000 health workers in 340 medical aid teams were gathered from across the country, including those from the People's Liberation Army, to travel to Hubei to help their peers battle the disease. 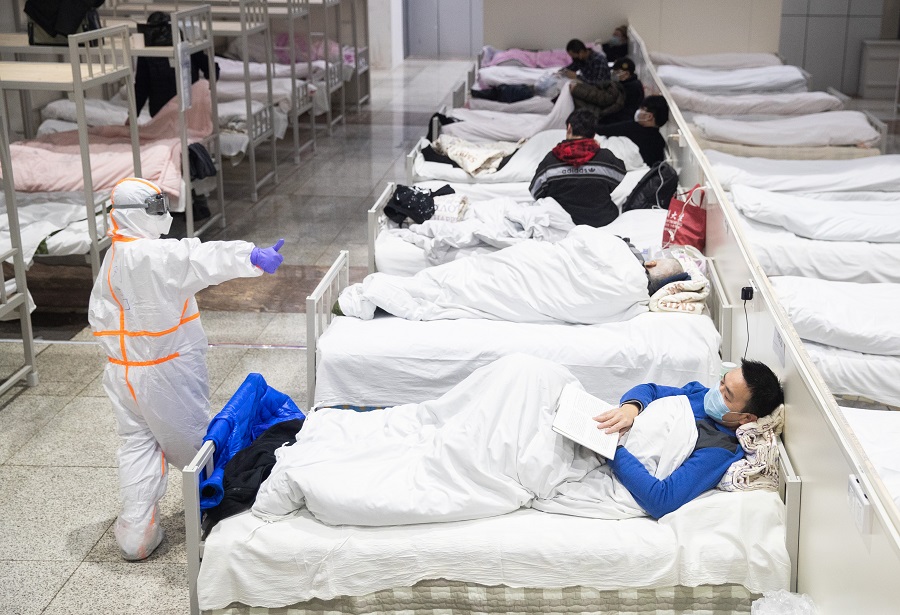 A medical staff member gives a thumbs-up to a novel coronavirus patient, who is reading in his bed, at a Fangcang shelter hospital in Wuhan, Feb 5, 2020. (Photo by Ke Hao/For China Daily)

In the early stage of the outbreak, Wuhan faced a severe shortage of hospital beds. To address the problem, two temporary medical facilities – Huoshenshan Hospital and Leishenshan Hospital – were built up within two weeks in early February, providing more than 2,000 beds for patients in critical condition.

The city's sports stadiums, exhibition halls and warehouses were also transformed into makeshift hospitals, or Fangcang shelter hospitals, to take in patients with mild symptoms.

The 16 Fangcang shelter hospitals received more than 12,000 COVID-19 patients in Wuhan, accounting for nearly 25 percent of all those in the city, which greatly relieved pressure on designated hospitals admitting COVID-19 patients and made room for them to treat severe patients.

Combined use of traditional Chinese medicine and western medicine 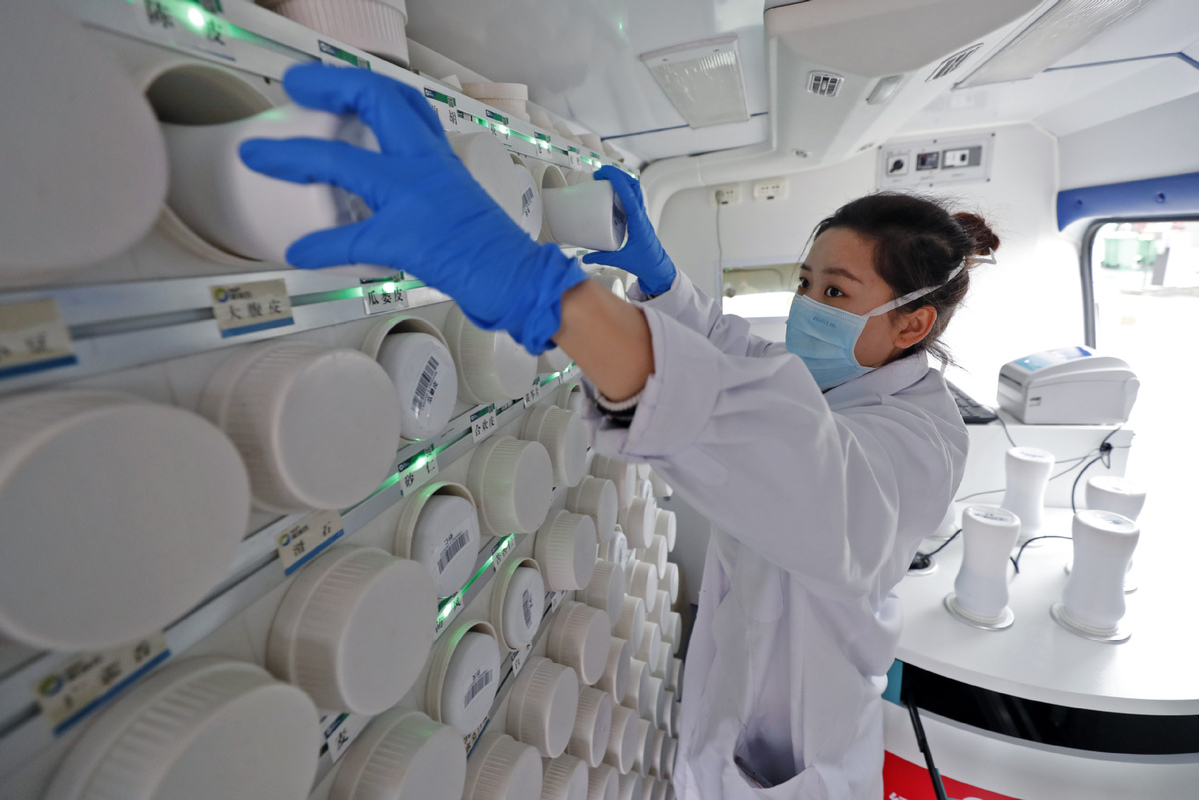 More than 70,000 patients, or over 90 percent of all confirmed cases on the mainland, have received TCM treatment. This has been effective in over 90 percent of cases, according to the National Administration of Traditional Chinese Medicine.

TCM could significantly relieve symptoms in COVID-19 patients, while preventing the condition worsening among those with mild symptoms, said Yu Yanhong, Party chief of the administration.

Three TCM formulas and three medicines, including the Lianhua Qingwen capsule and the lung cleansing and detoxifying decoction, have proven effective in treating the infection, according to the administration. 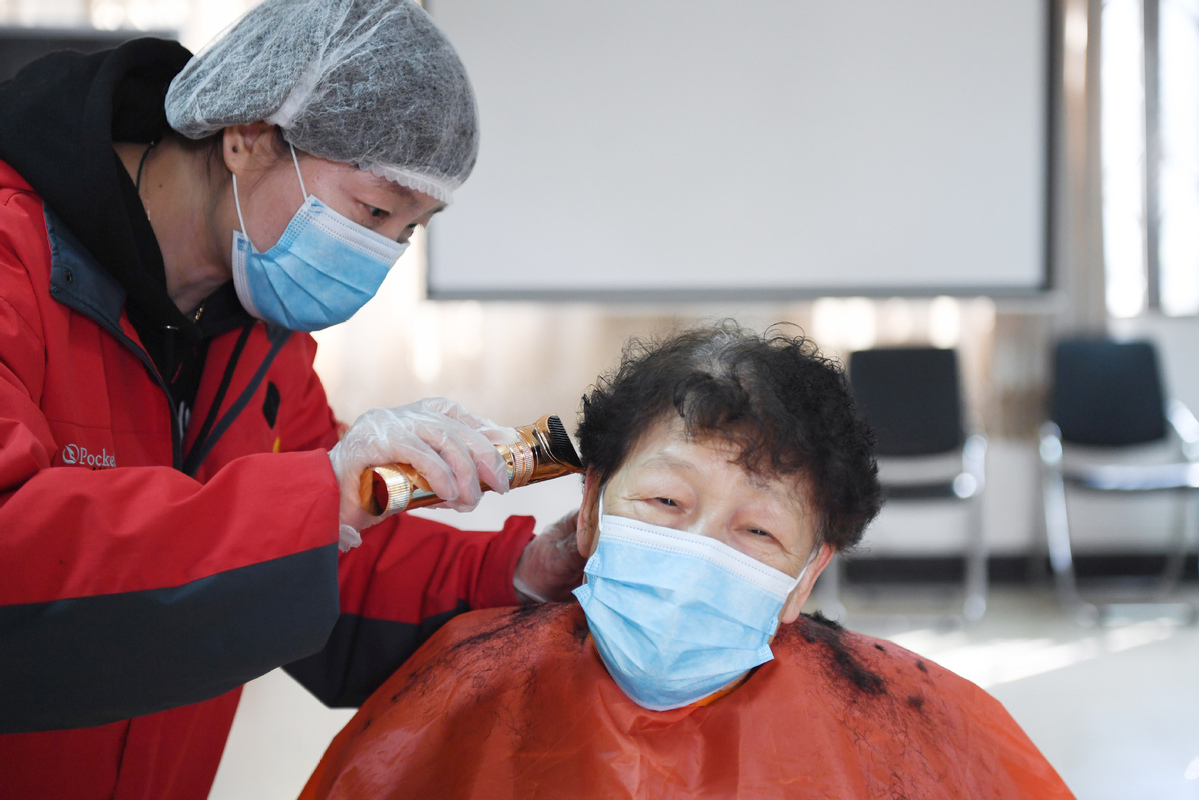 A community worker cuts hair free of charge for a senior resident at a residential community in Beijing, March 10, 2020. (Photo/Xinhua)

Communities are on the front line in prevention and control of the epidemic. Community workers have played a key role in curbing the infectious disease. They take the temperature of everyone entering a residential area and obtain the health details of those living in an area who have come from elsewhere.

About 4 million people are working in some 650,000 communities nationwide. On average, six staff members serve one community, with one worker for about 350 people.

In addition to disease control, community workers buy food and drugs for residents under home quarantine to ensure life continues as normally as possible. 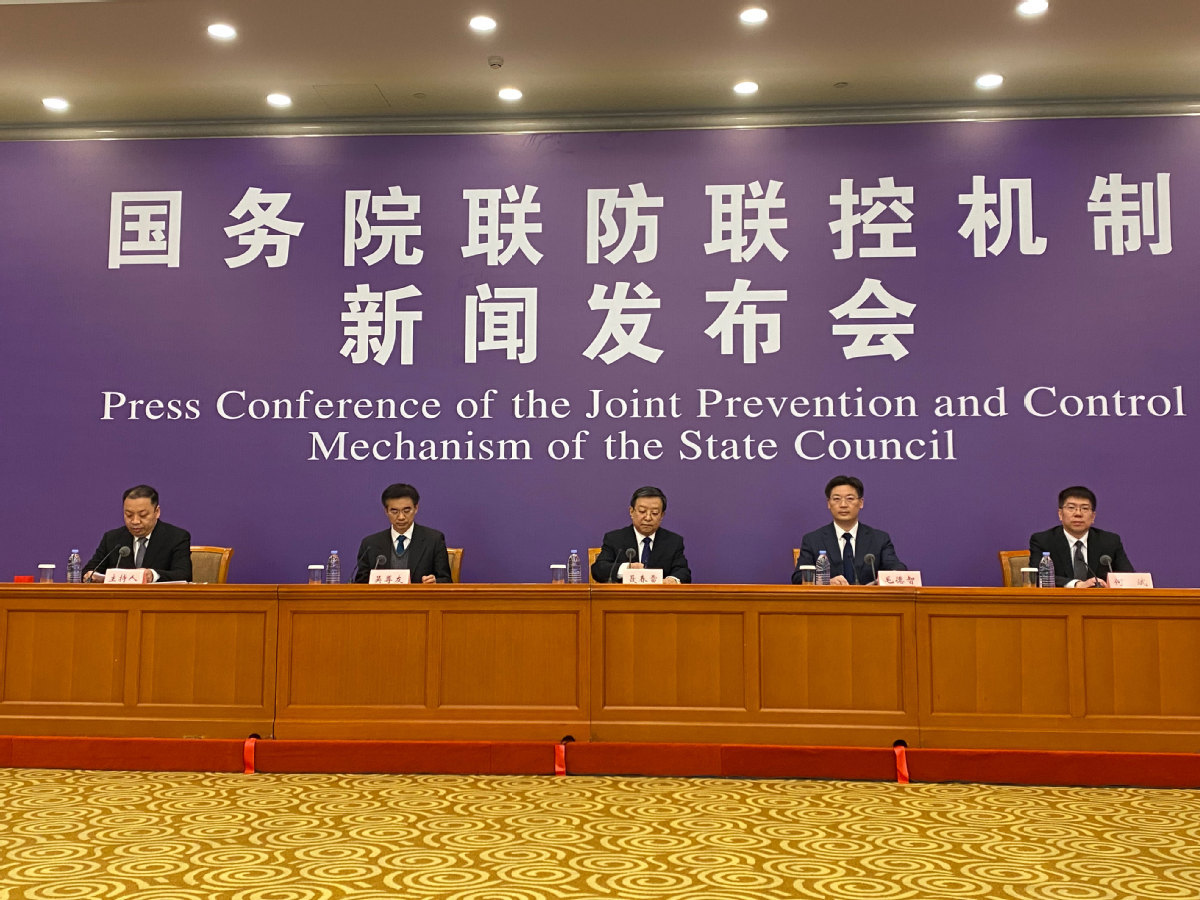 The Joint Prevention and Control Mechanism of the State Council holds a press conference on COVID-19 on Feb 11, 2020. (Photo/chinadaily.com.cn)

Since cases of pneumonia of an unknown origin were reported in Wuhan in late December, China has been sharing information about the virus with the international community in a timely fashion.

On Jan 3, China began regularly informing the WHO and other countries and regions of the outbreak. On Jan 9, Chinese scientists confirmed the outbreak was caused by a new coronavirus and informed the WHO, which issued a technical guidance package online the next day, providing advice to all countries on how to detect and manage potential cases.

On Jan 12, about two weeks after the first case was reported, China shared the genetic sequence of the novel coronavirus with the WHO and the international scientific community.

And since Jan 27, the Joint Prevention and Control Mechanism of the State Council has been holding a daily news briefing on the outbreak, and local government representatives in Hubei and other areas also meet the media every day to promptly release information and knowledge about the virus to reassure the public. 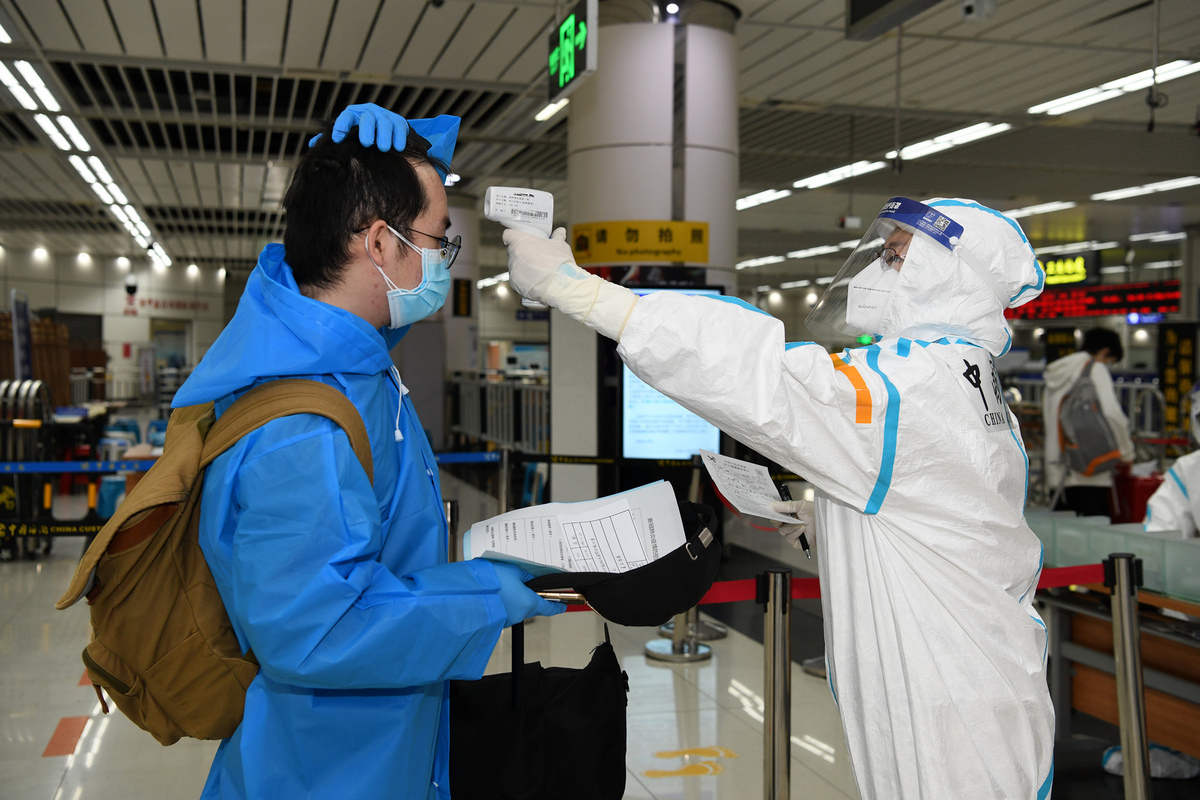 China promoted an epidemic control and prevention strategy with tailored measures for different areas, and all county-level areas were categorized as low-risk, medium-risk or high-risk based on their population and degree of epidemic prevalence.

Health QR codes, which serve as permits for holders to make trips, were used to precisely collect data on epidemic control. The codes come in three colors: A green code means little chance of infection, while holders of yellow and red codes must be put under quarantine for a few days and report health information daily before they are cleared for travel again.

In addition, epidemiological teams were set up to trace and cut off transmission channels. Big data technology and digitalized systems were used to improve precision and efficiency of epidemiological investigations. Tracing those who had close contact with confirmed patients was key to ensure all cases were detected as early as possible. 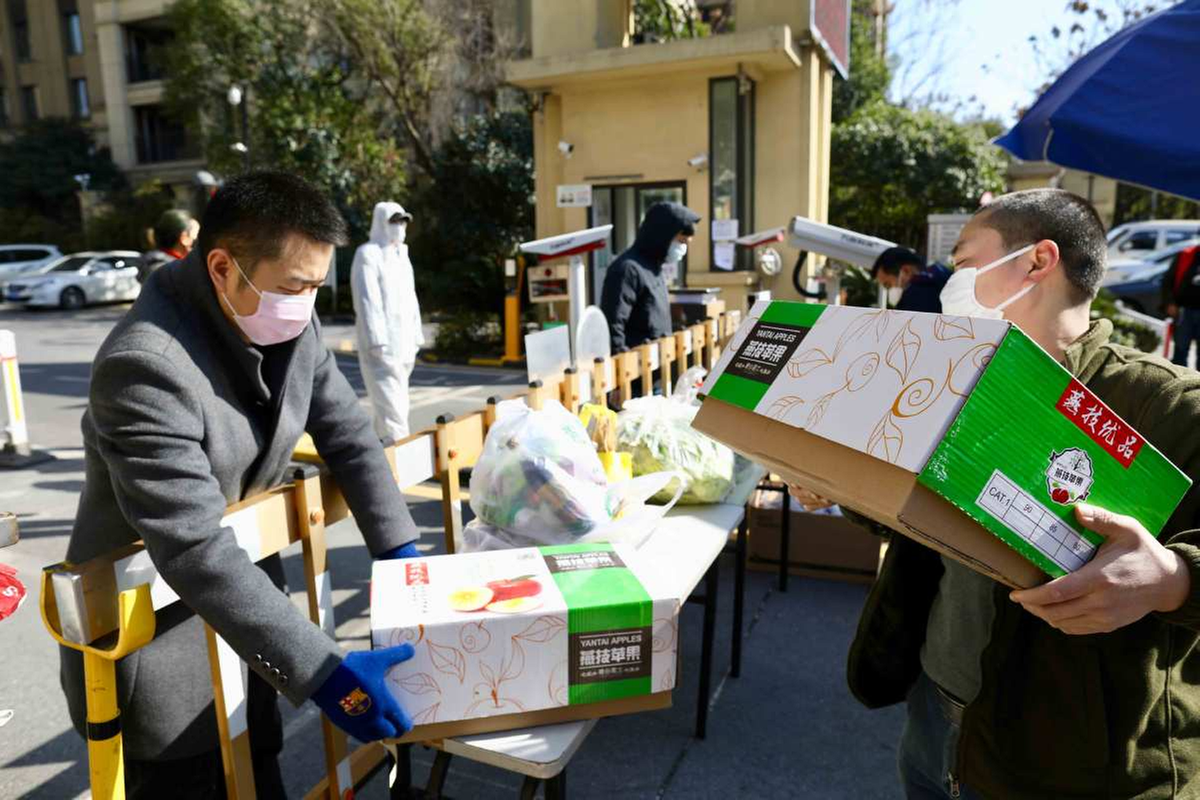 A man fetches fruit at the gate of a residential community in Wuhan, Hubei province, Feb 18, 2020. (Photo by Zhu Xingxin/chinadaily.com.cn)

The people's active response to the government's call and their cooperation resulted in the entire society participating in the fight against the epidemic. Citizens' self-discipline and their willingness to sacrifice facilitated the smooth implementation of prevention and control measures.

The public complied with measures such as staying at home, maintaining social distancing, wearing a mask and washing hands frequently, making the policies a reality.