10 missing after freighter sinks near Shanghai 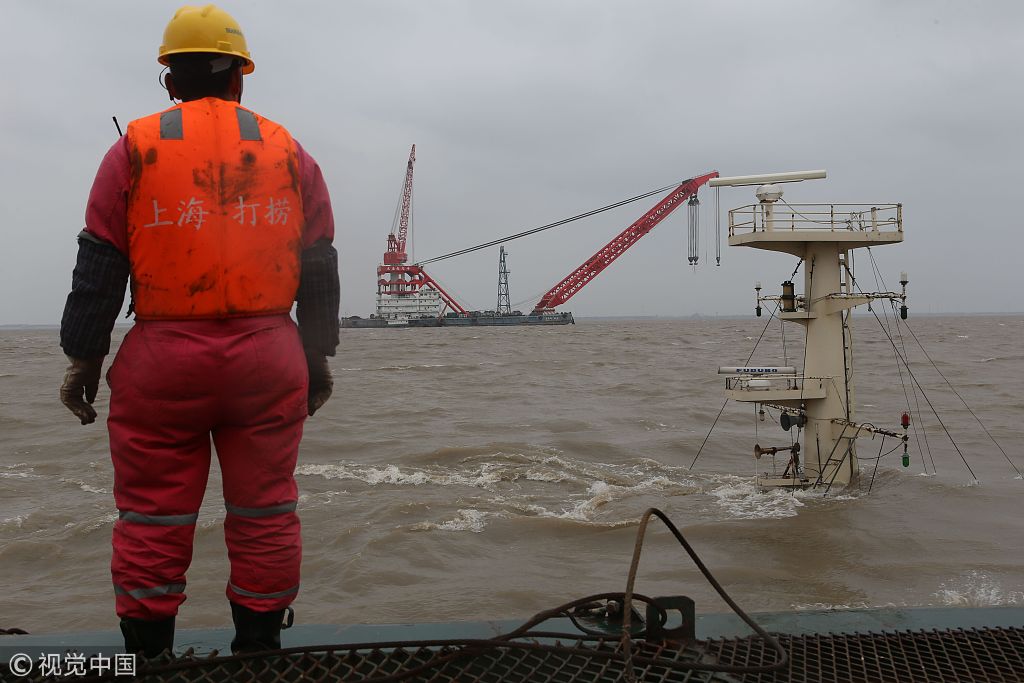 File photo of a rescue worker near Wusongkou in Shanghai. (Photo: VCG)

The freighter Shunqiang 2, carrying 3,000 tonnes of rolled steel, collided with another vessel and sank in the Wusongkou anchorage near Shanghai on its way from east China's Nanjing to Guangzhou in south China, causing 13 people to fall overboard. Only three of them have been rescued.

The center dispatched 10 coastal patrol vessels, two towboats, and two salvage ships to the site of the accident to help with the rescue after it received the alert.

As of 3 p.m. Sunday, ten people remain missing, authorities with the center said.

Search and rescue efforts are ongoing.