A total of 10 people suspected to be responsible for the massive fire that broke out Sunday in a historic hotel in Wuhan, the capital city of central China's Hubei Province, have been detained, local police announced on Tuesday. 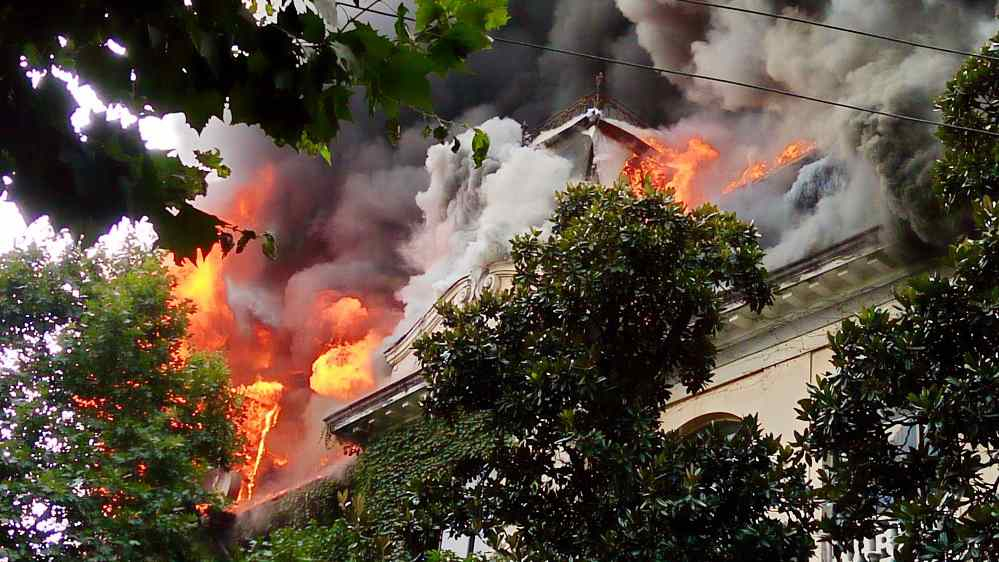 The century-old Jianghan hotel was engulfed by a massive blaze at around 3 p.m. local time (0800 GMT) and the fire was brought under control at around 6 p.m. (1100 GMT), with no reports of casualties so far, according to the local fire department.

At about 1:00 p.m. on Sunday, a fire broke out during a facelift operation at the hotel and the flames eventually destroyed its top floor. A 47-year-old welder was detained by police on Monday.

Among others detained are hotel's board chairman and the contractor of the renovation project.