10 years of China's Gulf of Aden journey: A global player with more responsibility 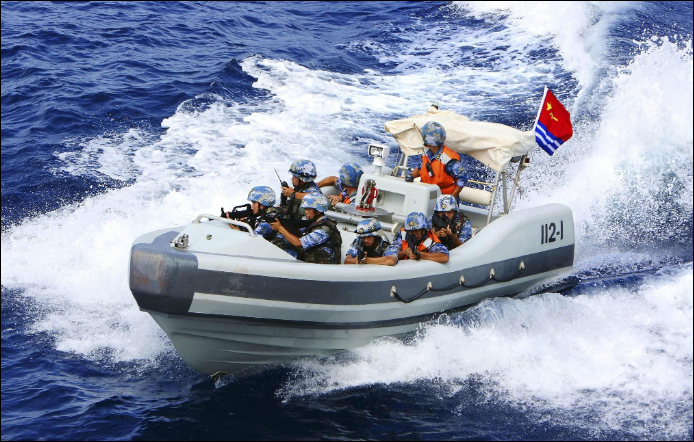 This Wednesday marks the 10th anniversary of the Chinese Navy's participation in anti-piracy efforts in the Gulf of Aden and the waters off Somalia.

Over the past 10 years, the Chinese Navy has fulfilled its commitment and made great contributions to maintaining world peace and stability. Through the navy's rescue and humanitarian missions, China has gained more trust from other countries and demonstrated the sense of responsibility of a global player.

"Counter piracy in the Gulf of Aden is certainly a joint effort of the international navies and is an example of how international cooperation is needed to address the threats around the world," said Senior Colonel Zhou Bo, who is working at the Office for International Military Cooperation.

Over the past decade, the Chinese Navy has deployed 26,000 officers and soldiers, escorted 6,595 ships and successfully rescued or aided more than 60 Chinese and foreign ships. In April 2017, the 25th fleet successfully rescued 19 sailors on a Tuvaluan cargo ship from pirates. Apart from the escort missions, the navy also carried out various other missions, including the evacuation of Chinese nationals from war zones in Libya in 2011 and Yemen in 2015. It also escorted chemical weapons out of Syria in 2013 and helped search for the missing flight MH370.

"This is definitely significant for the Chinese Navy. Before this, the Chinese Navy actually wasn't much involved in wars, unlike the People's Liberation Army (PLA) Army or PLA Air Force, but this is the first time that PLA Navy is becoming the so-called 'Blue-water Navy.' For you to operate the cell so far away from the Chinese coast, you need international cooperation with like-minded partners." added Senior Colonel Zhou.

"I have taken notice that two American documents released by Pentagon and remarks by American Vice President Pence describe China as a strategic competitor overtaking Russia, but probably there is always a need for optimism, and optimism is that they still have yet to describe China as an enemy and they have not described this relationship as hostile, so there is room for our continuous cooperation wherever possible and whenever necessary, and I believe it is possible and necessary," Zhou said.

China and the US military are still having joint drills on humanitarian aid and disaster relief. US President Trump and Chinese President Xi once pledged together to make joint efforts to help the capacity building of African countries in building peacekeeping.

"So it is these small little things that look like the light at the end of the tunnel, so if we have confidence, we can walk through the dark tunnel and see the light."