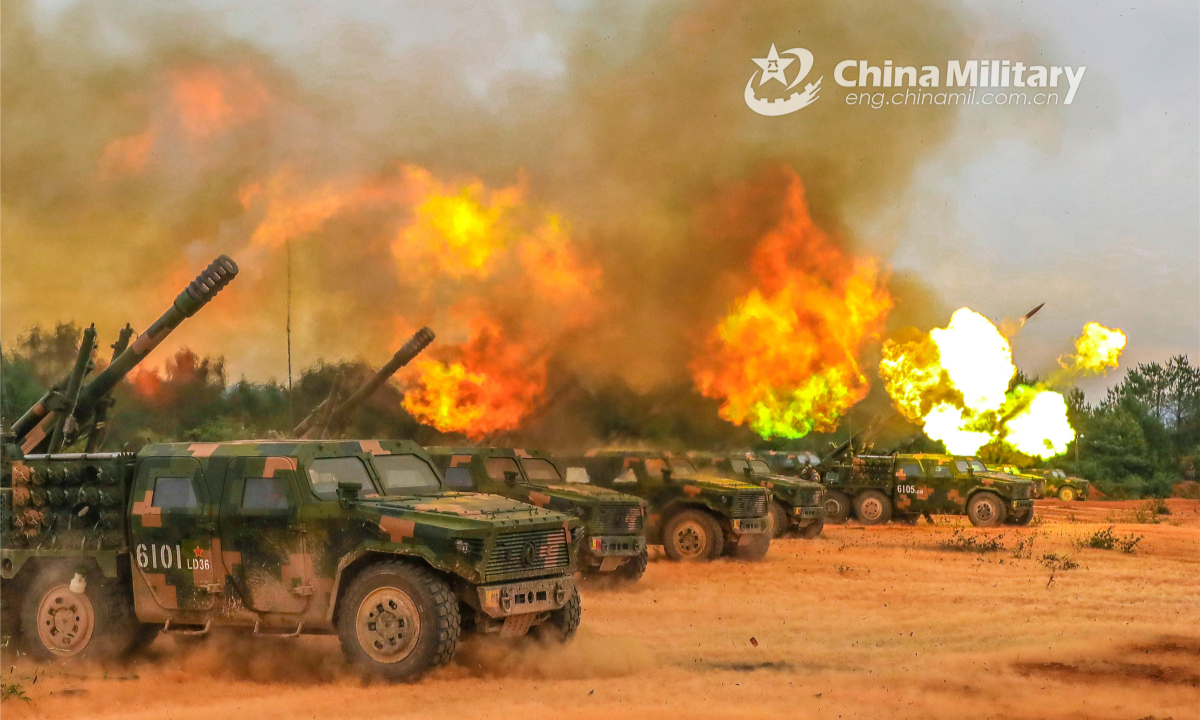 A line of vehicle-mounted howitzers attached to a combined-arms brigade with the army under PLA Eastern Theatre Command open fire during a live-fire exercise on June 16, 2022. (Photo: China Military)

Since the 18th National Congress of the CPC in 2012, socialism with Chinese characteristics has entered a new era, with national defense and military construction making historic achievements and undergoing historic changes.

As the top commander, President Xi Jinping has been leading efforts to modernize national defense and the armed forces, and turn the PLA into world-class forces.

To reach this goal, Xi, also general secretary of the Communist Party of China Central Committee and chairman of the Central Military Commission, has designed and carried out massive military reforms and directed military development through meetings, orders and instructions.

Governing the border, including land and sea borders, has been an emphasis of the past decade for China to strengthening its national defense, Song Zhongping, a Chinese mainland military expert and TV commentator, told the Global Times. "The ability to fight on the plateau has been improved, which enables the PLA to have the ability to fight in all and across regions. The country has also attached great importance to the construction of the navy and air force."

"No matter whether it is on the high plateau, on the sea, or in other extreme environments, the PLA has gained stronger abilities to combat, which is a significant improvement made in the past 10 years," Song noted.

The Party's absolute leadership over the PLA is crucial and necessary. Because only the CPC can have a firm grasp on the direction of the development of the PLA. What the CPC insists on is to safeguard the country's sovereignty, security, and development interests, Song said.

On the other hand, only by adhering to the leadership of the CPC can the PLA be able to grasp the frontier of military development, effectively implementing the military development plan, and realizing the grand blueprint for the modernization of the PLA step-by-step, Song said.

"Moreover, it is the leadership of the CPC that enables the PLA to be disciplined, organized, and to have faith," he said.