Over 100 million people in Beijing have participated in voluntary tree planting activities in the past four decades, planting 210 million trees, according to the Capital Greening Office. 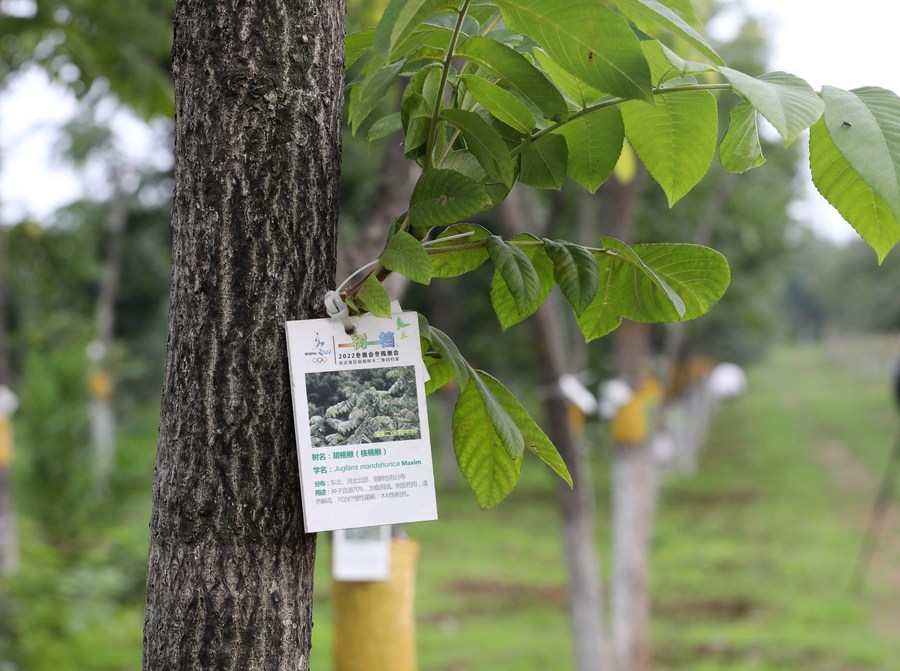 Photo taken on July 29, 2020 shows a tree with a tag and QR code in Yanqing, located in the northern suburbs of Beijing, capital of China. (Photo: Xinhua)

People's tree planting efforts under the campaign have injected green energy into the development of a world-class harmonious and livable city in Beijing, the office said.

The forest coverage rate in Beijing has increased from 12.83 percent to 44.4 percent from 1980 to the end of 2020, and the forest stock volume has reached 25.2 million cubic meters. The city’s urban green coverage has risen from 20.08 percent to 48.5 percent, with per capita public green area reaching 16.5 square meters.

Beijing has established 25 tree planting bases. Citizens can make online appointments, consultations and donations through an official WeChat account or through the website of the campaign.