At least 102 million railway tickets for the Spring Festival travel rush have been sold in eight days after China's railway operator started the presale on December 12. 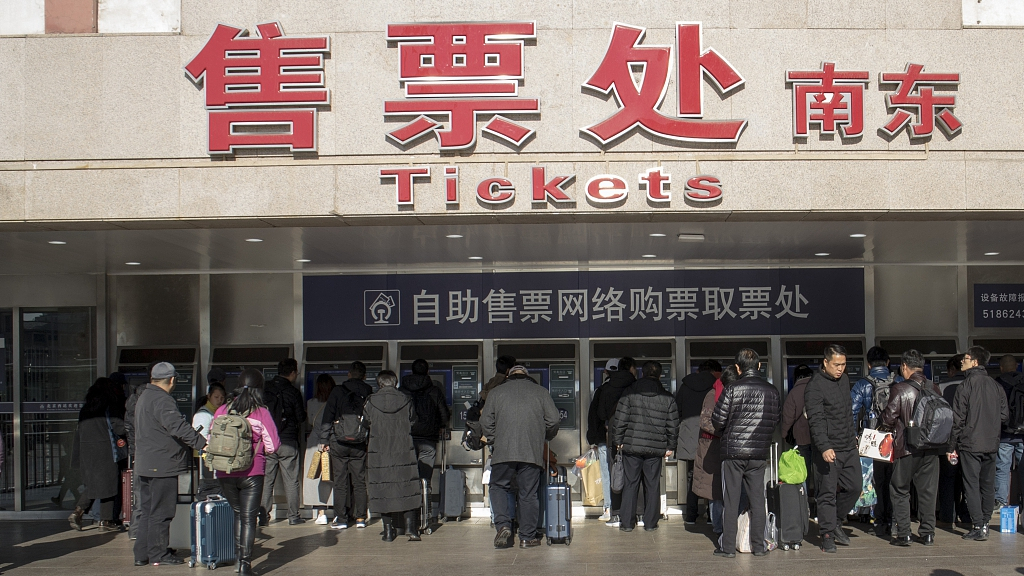 Popular trains of the day are mostly to or from major cities like Beijing, Shanghai and Guangzhou, with tickets almost sold out.

The upcoming holiday for the Spring Festival, a traditional festival for family reunions, will run from January 24 to 30, while the travel rush, also known as "chunyun," will last for 40 days from January 10 to February 18.

To serve the rising demand before the festival, 5,275 pairs of trains will be put into operation every day with a capacity to handle 10.1 million passengers.

Railway passengers in China are expected to hit 440 million during the Spring Festival travel rush, up eight percent year on year, the CSRC said.