BEIJING, Nov. 19 (Xinhua) -- Researchers from China University of Geosciences announced Tuesday that they have discovered a fossil of an extinct genus of lizard dating back about 100 million years in northeast China. 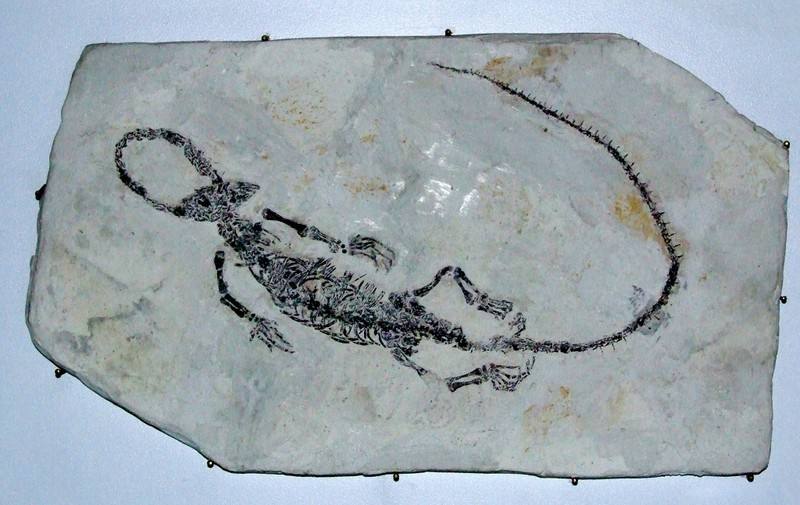 Led by Xing Lida, an associate professor with China University of Geosciences, the excavation of the Yabeinosaurus was co-conducted by academics from Yingliang Stone Nature History Museum and University College London, in Jianchang County in northeast China's Liaoning Province.

The specimen measures 22 centimeters in length from its nose to hips.

Different from previous discoveries in the same area, researchers found remains of a large crawfish in the lizard's stomach, including cheliped, a broken pereiopod and tentacles, which look like today's crawfish.

Although the Yabeinosaurus lacked obvious morphological aquatic features, it had a habit of hunting on riverbanks, according to Xing.

Researchers said the discovery is of great significance for studying small and medium-sized reptiles' predation habits in the Cretaceous period.

The discovery was published on the online version of the journal Cretaceous Research.

Yabeinosaurus, discovered in 1942, is a common saurian fossil in Jehol Biota of northeastern Liaoning Province.