CHINA 100 piano celebration of centennial of the CPC

100 piano celebration of centennial of the CPC 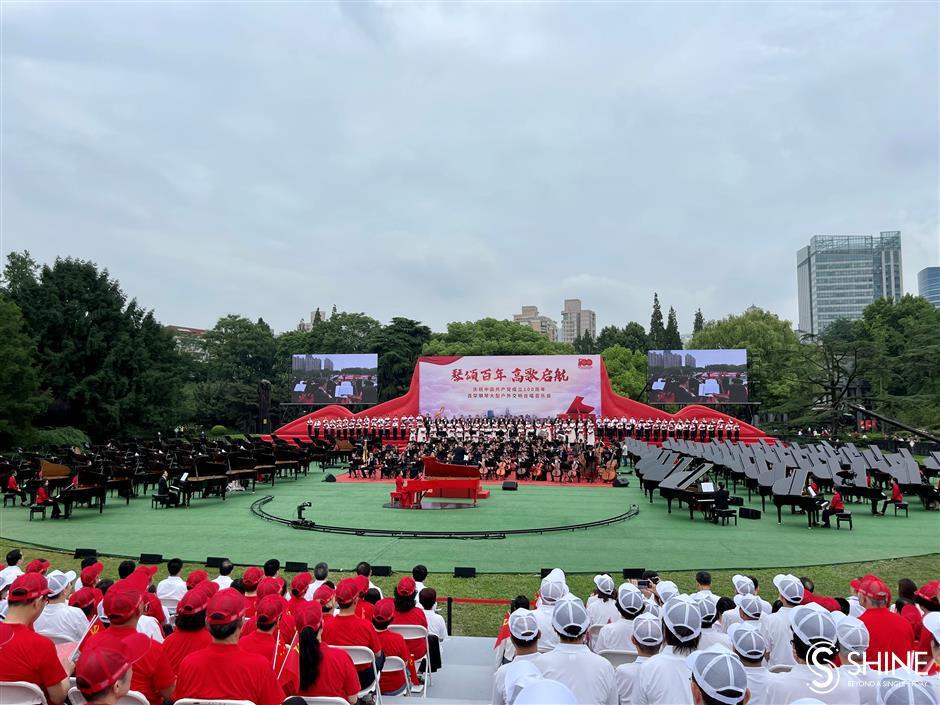 An outdoor symphony and choral concert at Zhongshan Park on Sunday featuring 100 pianos, a 100-people orchestra and chorus. (Photos: SHINE)

An outdoor symphony and choral concert was held at a downtown park on Sunday featuring 100 pianos, a 100-person orchestra and chorus to celebrate the centennial of the Communist Party of China this year.

Eight popular classic songs such as "Ode to the Red Flag," "No Communist Party, No New China" and "Sing a folk song to the Party", as well as piano concertos "The Yellow River" and "The Song of Yangtze River" were held on the central lawn in Zhongshan Park.

The popular songs review the glorious history of the Party as well as the great social changes, reform and opening up, as well as cultural heritage, of the last century, according to the organizers.

The event was jointly organized by the Shanghai Federation of Literary and Art Circles, CPC Changning Committee and the Changning District government. 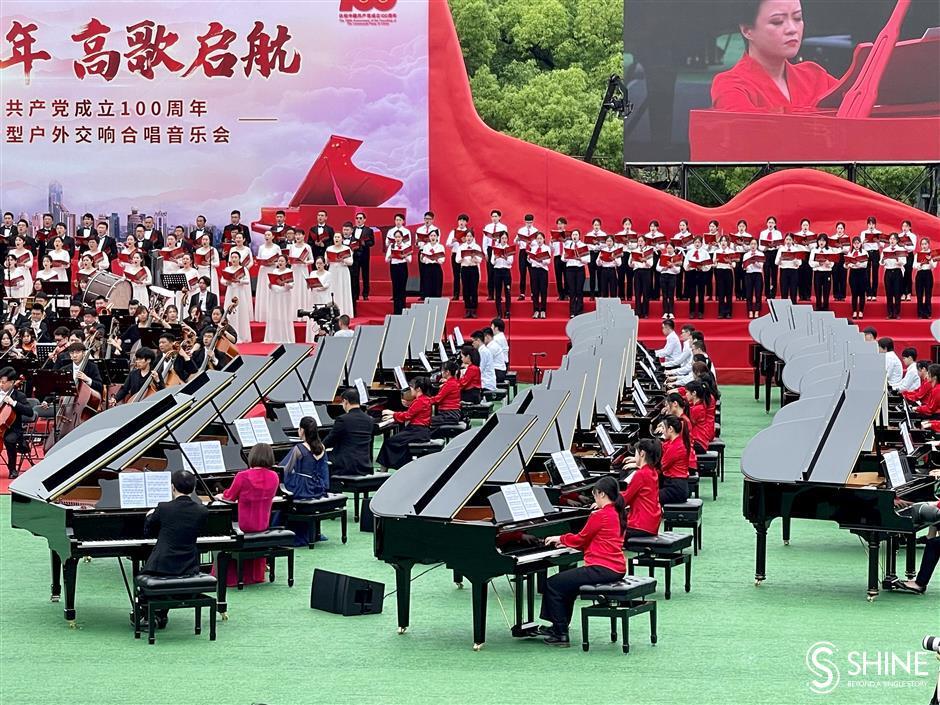 A hundred pianists, including famous musicians and those from Shanghai Conservatory of Music as well as its affiliated middle and elementary schools, play together.

Many famous Chinese pianists such as Jiang Chen and Zhou Ting played along with teachers, students and graduates of the Shanghai Conservatory of Music as well as its affiliated middle and elementary schools.

The chorus of the Shanghai Opera House Symphony Orchestra and many Changning citizens took part.

As a highlight, other domestic pianists played the last song "No Communist Party, No New China" at revolutionary landmarks such as Jinggangshan in east Jiangxi Province, Zunyi in southwest Guizhou Province, Yan'an in northwest Shaanxi Province and Xibaipo in central Hebei Province as well as Beijing through video connections. 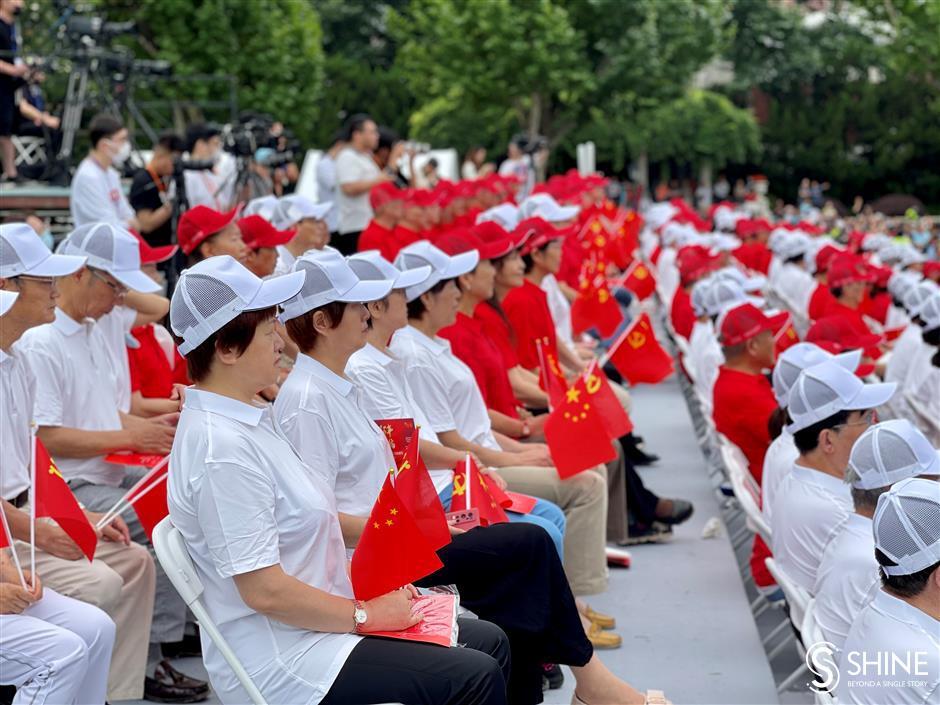 The concert is well attended.