Paris (People’s Daily) -- An opening ceremony of diverse activities to celebrate the100th anniversary of the study-and-work program in France kicked off Saturday in Paris.

On the eve of Chinese President Xi Jinping’s visit to France, the event included a sculpture unveiling, documentary opening and a photo exhibition on the anniversary French program. 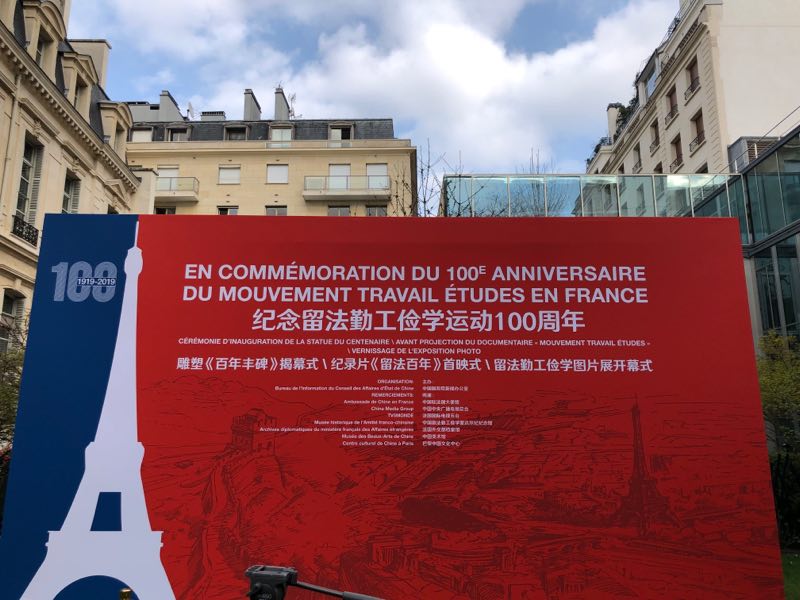 The opening ceremony of the 100th anniversary of the study-and-work program was held in France on March 23. (Photo: Bai Yuanqi)

The Chinese Diligent Work and Frugal Study Association’s program sent over 1,500 Chinese students to France over a three-year period just after World War I. The program cultivated leading founders of the People’s Republic of China (PRC) pioneered by Zhou Enlai, Deng Xiaoping, Nie Rongzhen and so on.

An anniversary sculpture produced by Wu Weishan, curator of the National Art Museum of China, paints a vivid picture of the times when Chinese revolutionary leaders left for France , exposing them to European education and culture.

The sculpture will be placed at Place Deng Xiaoping in Montargis.

In recent years, France and China have developed fruitful cooperation in various domains. Bilateral trade cooperation has also been expanded into areas ranging from nuclear energy, aerospace and auto-making, to wine, luxury products and services.