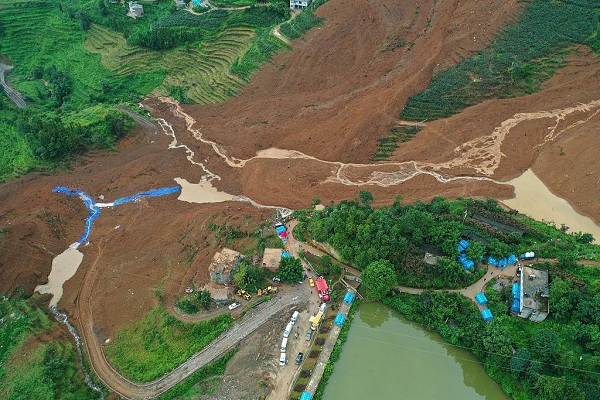 Eleven people were killed and eleven others rescued after a landslide struck a village in Bijie city, China's Guizhou province on Tuesday, according to local authorities.

A landslide struck a construction site in a village in Hezhang County at around 4 p.m. Tuesday, according to the county government.

On Tuesday evening, more than 20 houses were buried as another landslide lashed a village in the city of Liupanshui, according to the city's publicity department.

In addition to firefighters, police officers and members from emergency management were deployed to the scene to deal with the disaster.