11 detained by Macao police over gambling 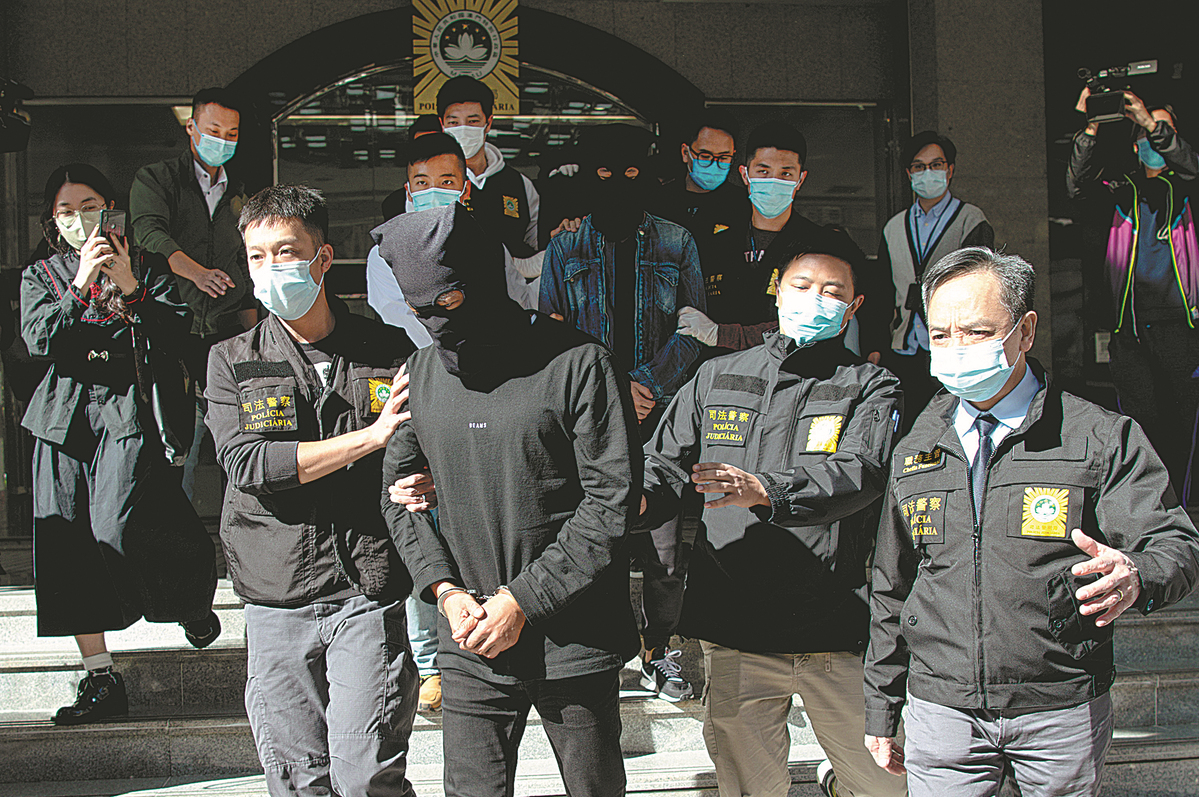 Macao police transfer a suspect connected to the case of Alvin Chau Cheok-wa to custody in Macao on Sunday. (Photo: Xinhua)

Macao police detained 11 people on Sunday suspected of being involved in the illegal running of gambling businesses or money laundering and referred the cases to prosecutors.

The suspects, including Alvin Chau Cheok-wa, the 47-year-old chairman of Suncity Group, confessed to setting up gambling platforms overseas and serving as agents for phone betting, local police said, adding that they refused to cooperate in the investigation of other allegations.

On Friday, the Wenzhou People's Procuratorate in Zhejiang province approved the arrest of Chau on suspicion of running a casino on the Chinese mainland.

Earlier that day, the Wenzhou public security bureau said it had opened a file on the case in July last year and had found that Chau led a cross-border gambling group and was suspected of operating casinos on the mainland.

Chau also established an asset management company on the mainland, providing services for gamblers to exchange their assets for gambling chips, helping to recover gambling debts, and assisting customers to make cross-border capital payments. He used underground banks and other illegal channels to provide gambling funds settlement services for gamblers, the bureau said.

By July last year, Chau's gambling group had recruited more than 12,000 gambling agents and had more than 80,000 people on the mainland who had signed up to gambling memberships, involving an extremely large amount of money and seriously undermining the management of social order, it said.