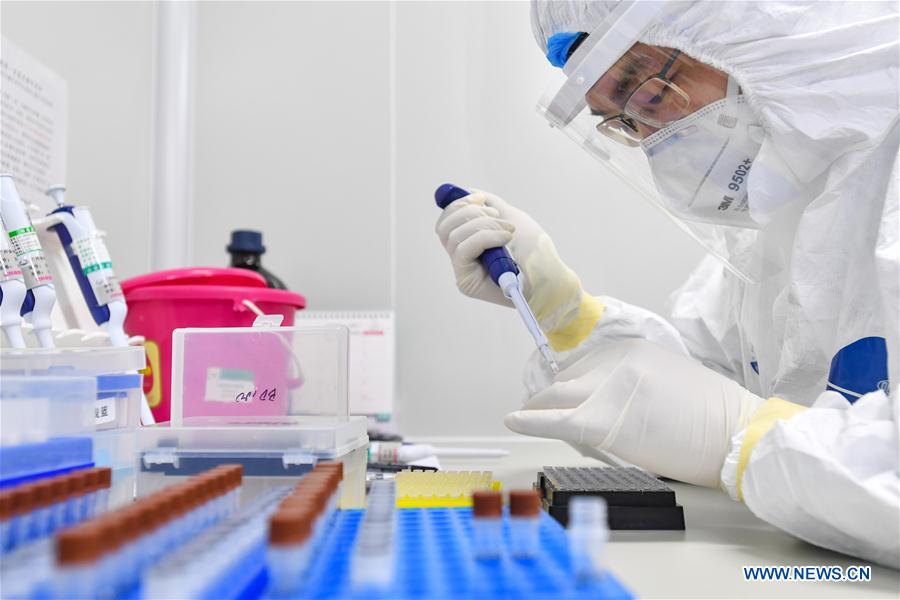 All of them, including asymptomatic cases, were being treated, he said.

A total of 4,553 African people in the metropolis had undergone nucleic acid testing since April 4, Chen said.

"Timely identifying COVID-19 cases based on proactive screening is an important measure to ensure the safety of the lives and health of African people in Guangzhou," said Tang Xiaoping, director of the Guangzhou municipal health commission.

Chen Yongqiu, deputy chief of the city's public security bureau, said in the recent epidemic prevention and control work, the isolation and nucleic acid testing measures for Africans in Guangzhou fully followed previous measures for Chinese citizens and other foreigners.

"We arranged the same designated hotels and personnel for Africans when they were quarantined, without any racial or national discrimination," Chen said.

According to the data provided by the city's health commission, Guangzhou had reported a total of 119 imported COVID-19 cases by Sunday. Among them, 25 were foreigners and 94 were Chinese. Of the 25 foreign patients, 19 were from Africa.