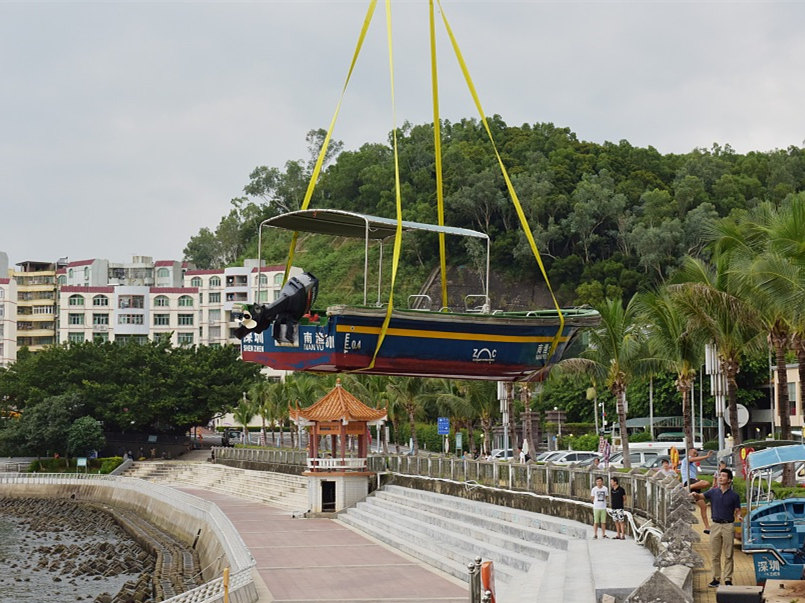 The local government organized relevant staff, cooperated with fishermen to put small fishing boats on shore to avoid the wind in Shenzhen, Guangdong Province, on the afternoon of September 10, 2018. (Photo: VCG)

GUANGZHOU, Sept. 12 (Xinhua) -- Nearly 12,000 residents have been evacuated as the 23rd typhoon of this year approaches south China's Guangdong Province.

As of 3:00 p.m., 11,998 residents living in low-lying areas and in dilapidated buildings had been evacuated. Work had been suspended at more than 200 construction sites, according to local authorities.

Passenger ships have been ordered to stop services on the Qiongzhou Strait, between island province of Hainan and Guangdong, as of 2 p.m. Wednesday due to safety concerns.

Typhoon Barijat is forecast to make landfall in the coastal areas in Guangdong on Thursday.

The province is expected to see heavy storms and gales.