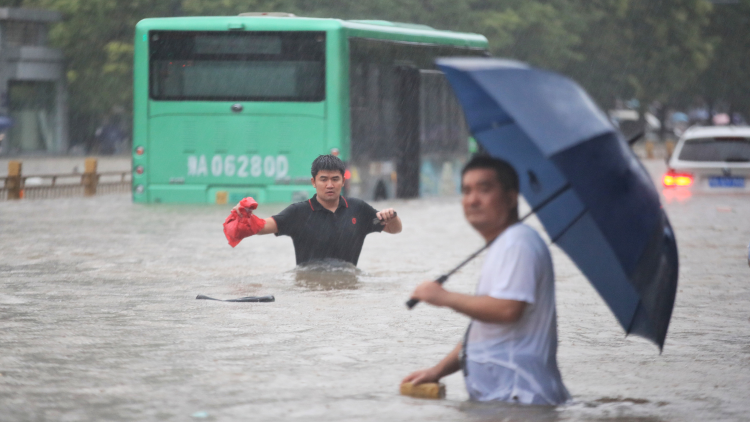 A total of 12 people have died as a result of torrential rain in the downtown area of Zhengzhou, the provincial capital. At approximately 6 p.m. Tuesday, Zhengzhou Metro announced a halt to all its services, after many areas of the city suffered severe waterlogging. Services were suspended for more than 160 trains at Zhengzhou East Railway Station, stranding a large number of passengers.

From July 16 to 3 p.m. Tuesday, torrential rain affected over 280,000 residents of Henan's 31 counties and districts, and 14,680 people were relocated to safe places. Rainwater has damaged approximately 20,000 hectares of crops.

Mihe Township in Gongyi City, which is administered by Zhengzhou, has been flooded by heavy rain, with over 20,000 people affected. Further rescue work is underway.