When a 12-year-old boy was rescued from the rubble of the collapsed Jiaxin hotel in Quanzhou, Fujian province on March 8, his first words were, “My mother was by my side. She is still alive!” 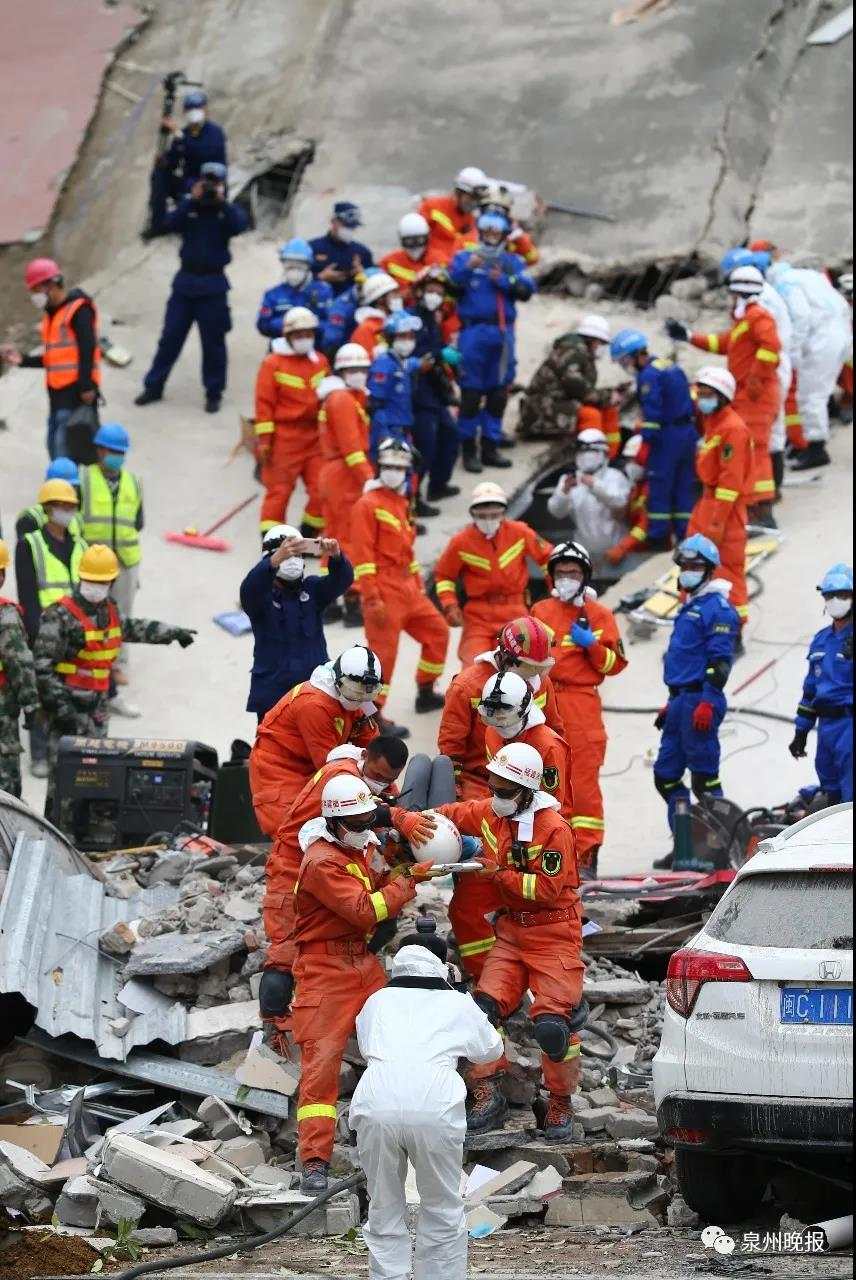 The boy’s name is Chen Hua. He was discovered by the rescue team at around 9 am on March 8. At that time, he was conscious and able to communicate. The rescue workers comforted him while carrying out the rescue work cautiously. In order to reduce Chen's concerns, rescuers helped him put on an eye mask and a helmet.

"When I saw the firefighters, I knew I would be saved. At that time, the only thing I wanted was to get out,” said Chen. Chen kept encouraging his mother who was in serious condition. “I was talking to my mother, encouraging her not to worry about the injury all the time. I wanted to ease her pain."

Chen was pulled out after more than two hours and then immediately sent to the hospital. "Don't worry about your mother, we'll be with her!" The firefighters told him. However, what they didn’t tell Chen was that his mother’s situation was not good. The body of Chen’s mother was trapped by a sofa and cement board, and her right foot was seriously clamped by a stainless steel window and beam column. The rescue space was very narrow. 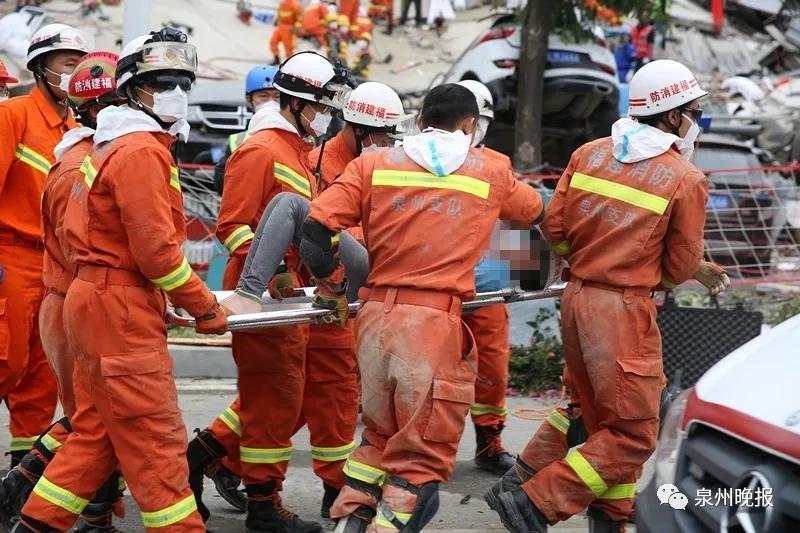 The rescue team carefully cleaned the sundries around the woman’s feet, then used a manual saw to cut the door frame and slowly moved it away. They wrapped the sheet around the woman’s calf and slowly helped her out. "Hold on, your son is safe now. Your husband is on his way to see you. We won't give up on you. Don't worry！ " The firefighters held the trapped woman's hand tightly and encouraged her.

After more than four hours, Chen’s mother was also rescued from the ruins.