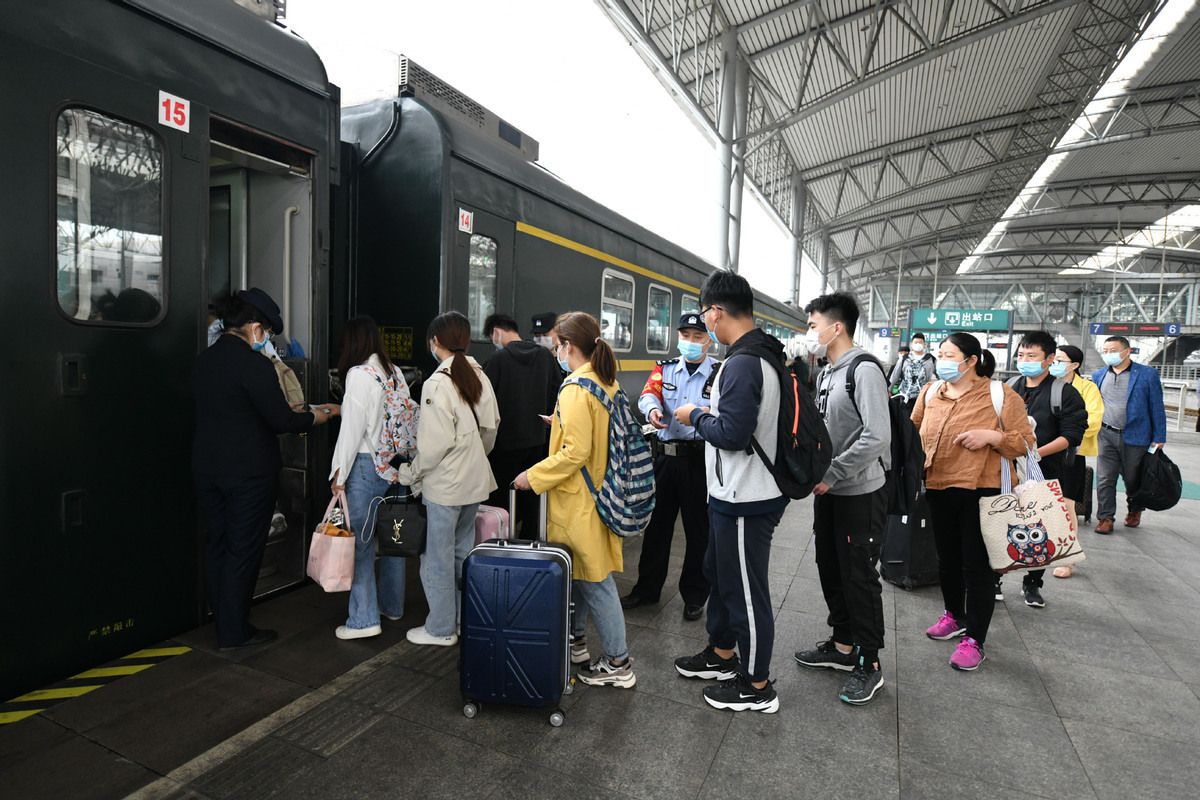 Passengers wait in line to board a train at Fuyang Railway Station in Fuyang, East China's Anhui province, on May 5, 2020. [Photo/Xinhua]

China handled a total of 121 million passenger trips during the five-day May Day holiday, which ended on Tuesday, according to the Ministry of Transport on Thursday.

The holiday, which this year was extended to five days for the first time in 12 years, saw a daily average of about 24.30 million trips, a drop of 53 percent compared with last year's daily passenger trip volume, said the ministry.

The country's railway network handled about 28.48 million passenger trips during the five-day period, with a daily average of over 5.69 million, it said, adding that daily figure witnessed a staggering decease of more than 60 percent than last year.

A similar decline also occurred in the country's civil aviation sector as it plunged 63.8 percent to 3.16 million trips during the break, and overall passenger load factor of flights stood at 66.4 percent, a year-on-year drop of 17.3 percent.

The number of road trips reached some 86.14 million, and hit a traffic peak on May 1 with 18 million, it said, adding that the country handled over 3.71 million boat trips over the holiday.