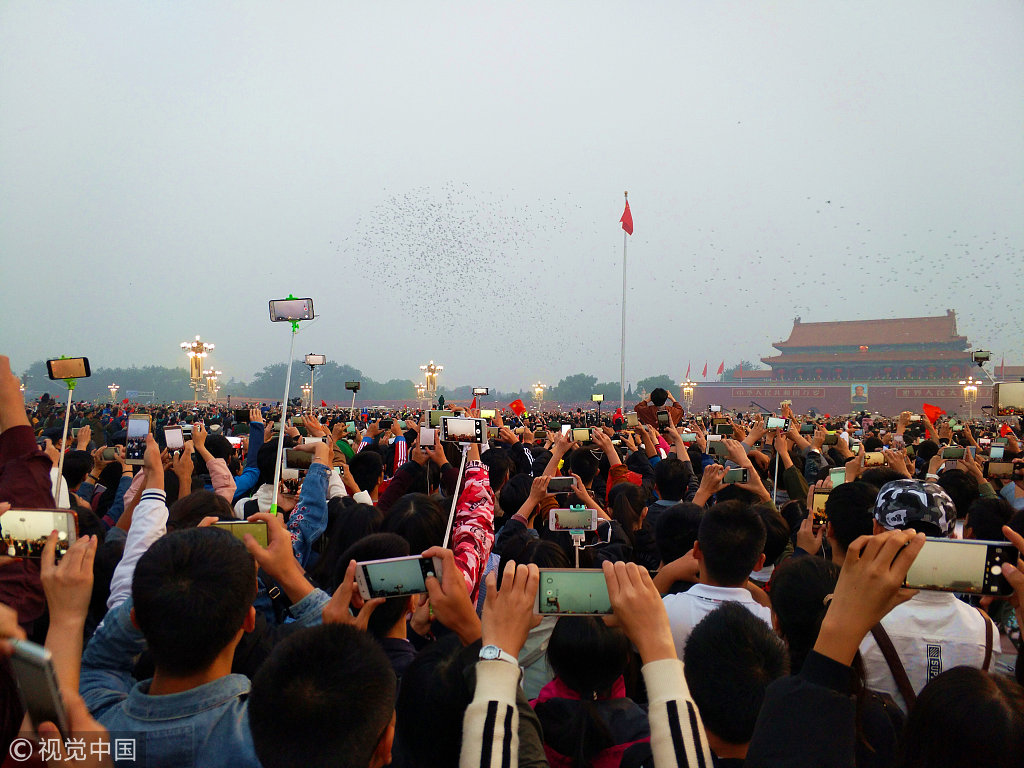 (Tourists wait for a national flag-raising ceremony to greet the National Day at Tian'anmen Square in Beijing, capital of China, on Monday, the 69th anniversary of the founding of the People's Republic of China. Photo: VCG)

Thanks to favorable policies such as free attractions or cheaper tickets for 981 scenic sites, the number of tourists to those places has increased significantly, the Ministry of Culture and Tourism said on its website on Monday.
145,000 tourists participated in the flag-raising ceremony Monday morning in Beijing's Tiananmen Square, the website showed. "Happy Birthday!" "Motherland forever!" Many tourists there cheered for the 69th anniversary of founding of People's Republic of China.
2018 also marks the 40th anniversary of China's reform and opening-up, and many tourist attractions feature decorations with this theme, according to the website.
Meanwhile, the red tourism industry, with an abundant revolutionary heritage, has seen a boom since the first day of the weeklong holidays.