CHINA 13 miners rescued after being trapped for over 80 hours

13 miners rescued after being trapped for over 80 hours 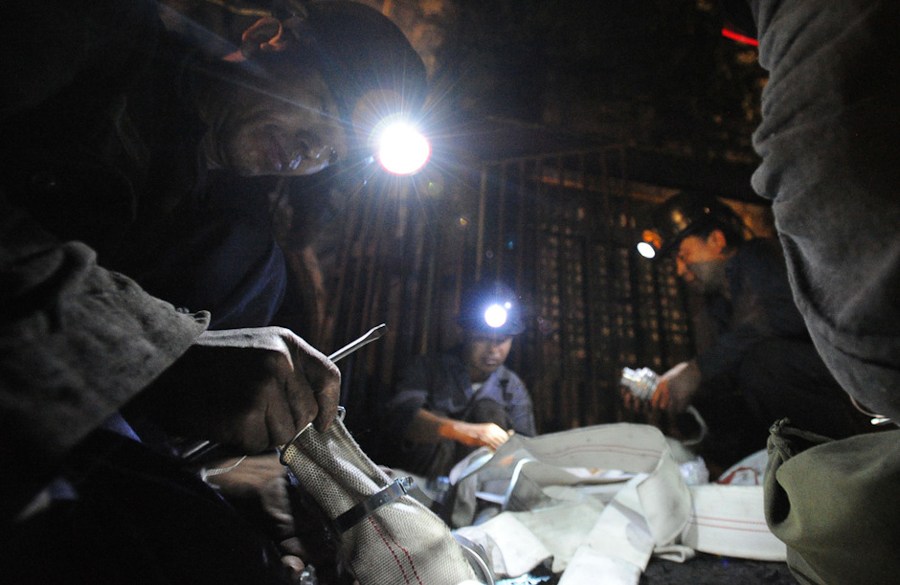 Rescue started after a water inrush accident that happened at 3:26 p.m. on Saturday in Shanmushu mine in the city of Yibin, according to local emergency management authority. As of Tuesday, five people were killed and 13 remained missing.

At 3:00 a.m. Wednesday, a trapped miner walked out of the tunnel sector that is about 313 meters underground, and met the rescue teams. He reported that his 12 colleagues were safe.

Thirteen rescue teams with 251 people took turns to search for the missing.

Fourteen ambulances and 62 staff were sent to the site and each miner has a designated medical team.

All the miners were lifted out of the mine at 7:56 a.m. Wednesday. The crowd waiting at the site applauded and people at the rescue command center cheered.

"It's a miracle of life," said Duan Yijun, head of the provincial emergency management department, who closely watched the situation at the site.

Experts said the accident site was around 10 km away from the mine entrance and rescuers needed to walk for about two hours to reach the tunnel.

Rescuers faced a long tunnel with complicated hydrogeologic conditions, experts noted, adding that the electricity, communication, and ventilation systems had all been damaged and there was a risk of gas leakage.

"The water in the tunnel was waist-deep in some areas, and it was extremely difficult to walk with 20 kg of gears," said Li Shunbin, one of the rescuers.

Rescuers were finally able to confirm the trapped miners were alive after tapping on a steel pipe in the tunnel and receiving responses from the other end, Li said.