Left: Jiang Yuhang is rescued during the Wenchuan Earthquake in May 2008. Right: Jiang now works at the southeastern fire brigade in Kaili, Guizhou province. [Photos provided to China Daily] 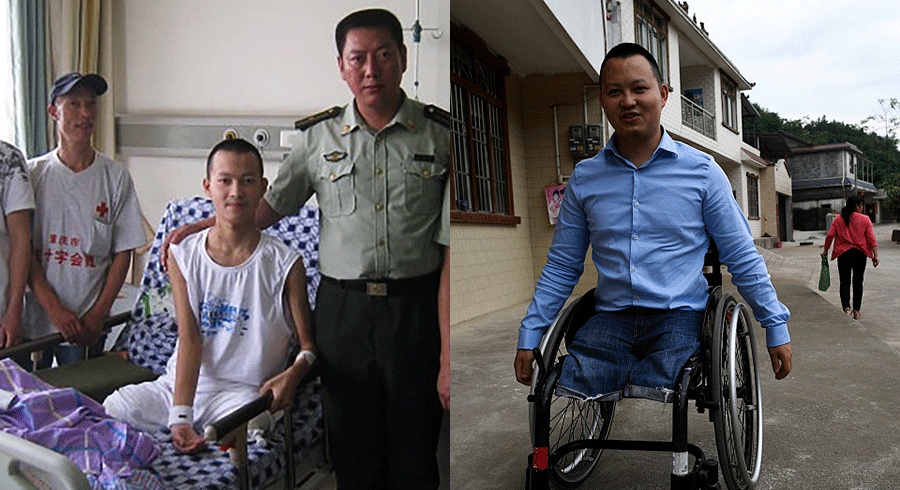 Left: A file photo of Dai Guohong with the soldiers who saved him after the earthquake. Right: Dai is seen at his hometown in Beichuan Qiang autonomous county of Sichuan province on May 12, 2017. [Photos/VCG]

Left: Cheng Qiang holds a banner reading "I want to become an airborne trooper when I grow up" as airborne troops leave after their rescue work in the 2008 Wenchuan earthquake. [Photo/81.cn] Right: Cheng participates in an exercise for the military parade of the 70th anniversary of the founding of the People's Republic of China in 2019. [Photo/CCTV] 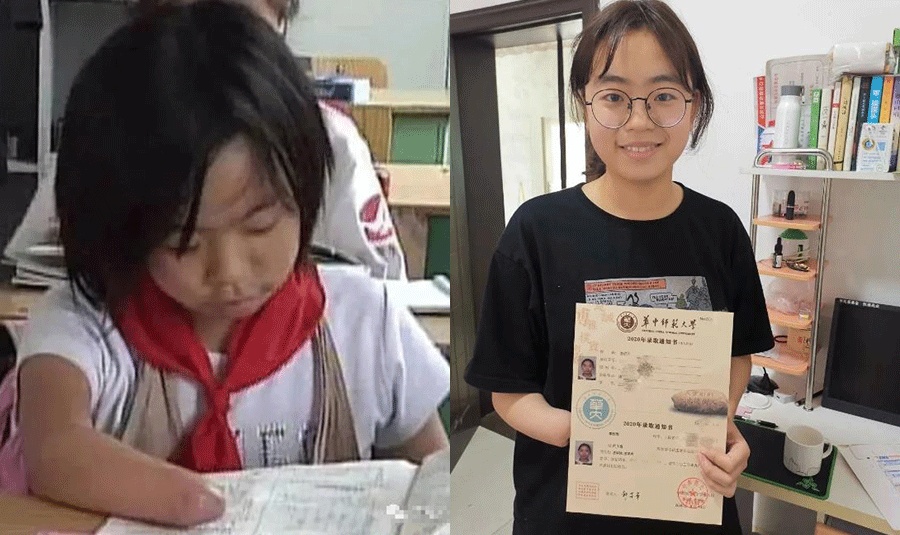