People entering or returning to China through Beijing from countries severely hit by the novel coronavirus outbreak, including South Korea, Italy, Iran and Japan, should be isolated at home or placed under quarantine for 14 days, said Chen Bei, deputy secretary-general of the Beijing Municipal Government, on Tuesday in a daily media briefing. 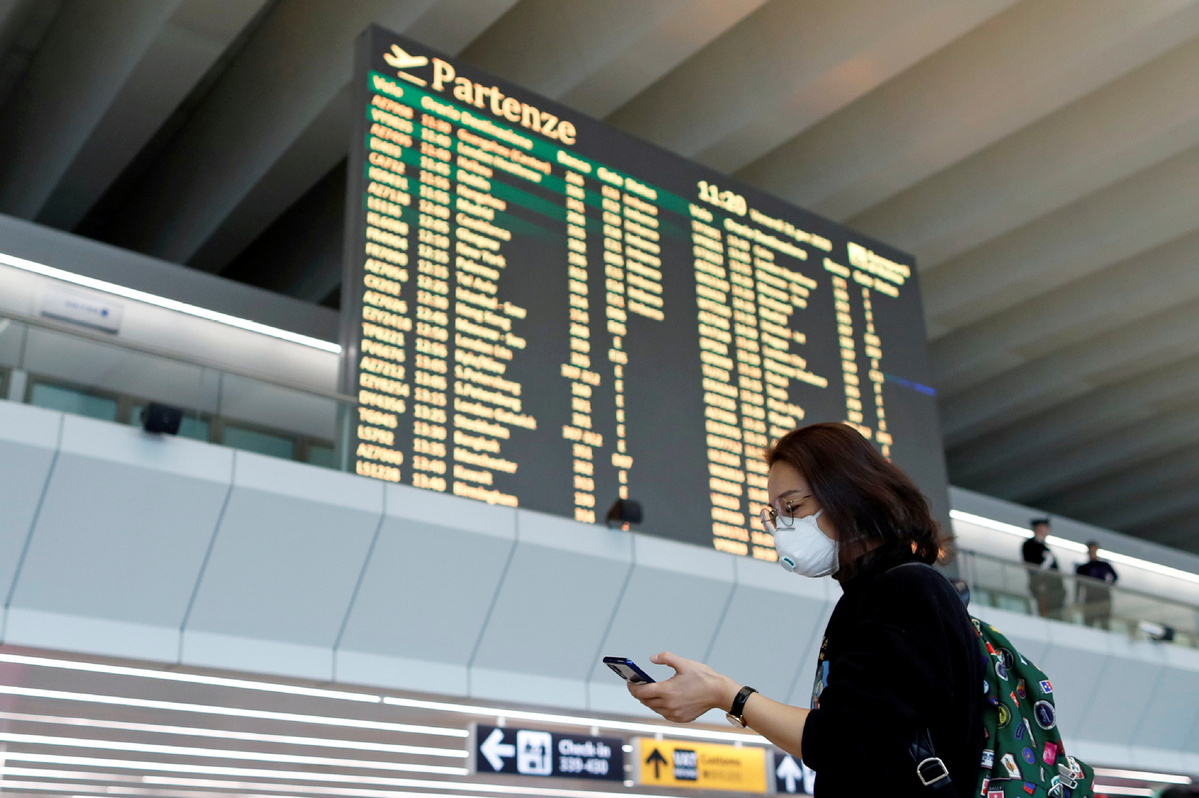 A passenger in a protective mask uses her phone at Rome's Fiumicino airport, after first cases of novel coronavirus were confirmed in Italy, Jan 31, 2020. (Photo: China Daily)

Chen said some countries have experienced steadily increasing cases, where some Chinese students and migrant workers expressed strong willingness to return to China.

More than 20 Chinese students in Iran have come back via Beijing in recent a few days, Chen added.

"The capital is under huge pressure as one of the most important ports of entry to prevent the risks of imported virus," she said, adding officials in the capital implemented new measures to coordinate with seven municipal departments, including customs and airports, as well as public security organs, to register identities and strengthen health examinations at each entry port.

To comply with the request, communities in Beijing have stepped up measures to contain the virus. The Wangjing community in Chaoyang district, which is home to the largest number of South Korean residents in Beijing, by Monday had issued home observation cards to more than 5,000 registered foreign residents in its 22 neighborhoods, totaling about 200,000 residents, said community office Director Yang Xiaosheng Tuesday.

Beijing reported zero new confirmed novel coronavirus cases on Tuesday, with six patients being cured and released from the hospital on Monday, according to the city's health commission.