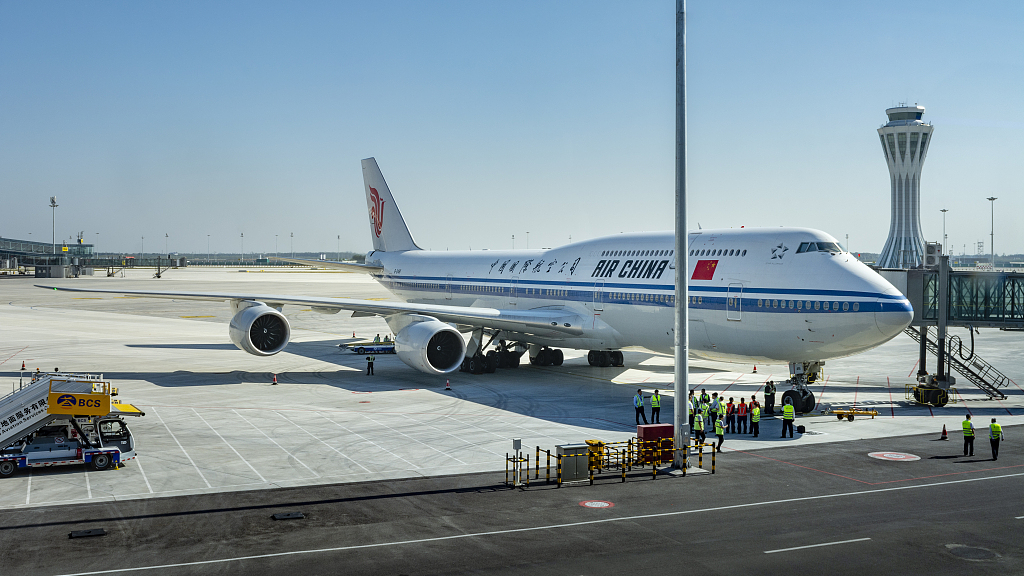 It will also see off its first international flight the same day, and the first passengers will experience the airport's super-efficient immigration and security checks.

"We have installed some advanced equipment here at the inspection and quarantine passage, including infrared temperature monitors and facial information collectors. Passengers could pass through customs in seconds," said Yin Haifeng, deputy director of Beijing Daxing International Airport Customs.

The airport isn't just a service for Beijing and its surrounding area. It's also looking to be a major international air hub.

"We have put all the transit facilities on the same floor, and we are working with the airport to increase transit efficiency for passengers," said Ji Lixia, deputy director of Beijing Immigration Inspection.

The airport is expecting more than five million passengers this winter. But this will slowly ramp up over time and by 2022, it's hoping to see more than 45 million.