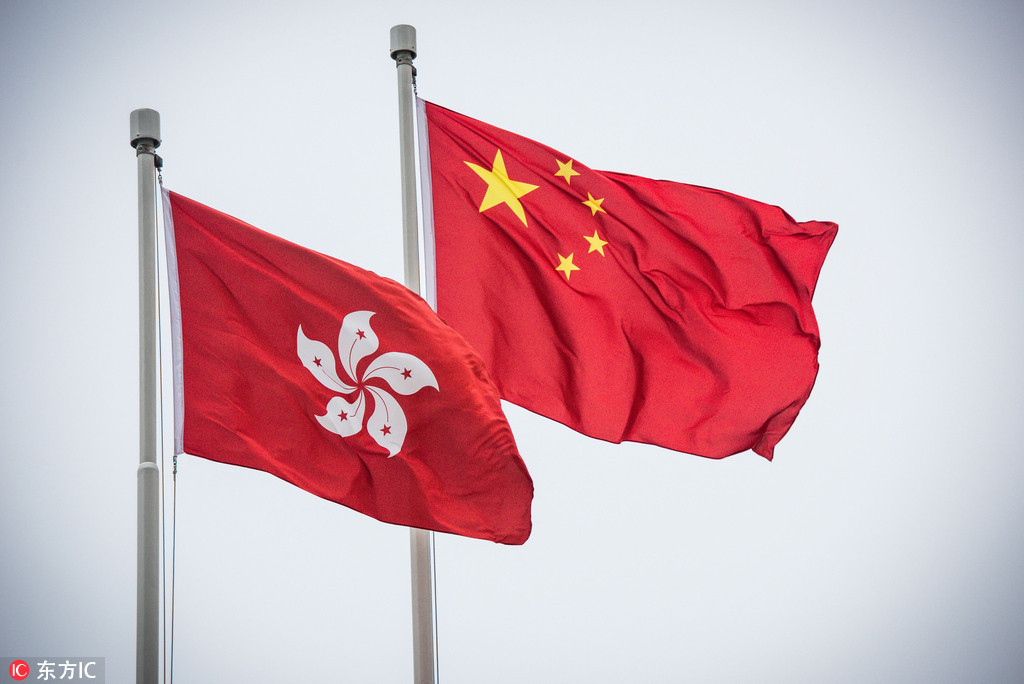 Hong Kong's young people working in Guangdong province have placed high hopes on the nation's 14th Five-Year Plan (2021-25), saying that the Hong Kong Special Administrative Region can bank on the plan to boost the development of green technology and industrial automation in the city.

Their confidence comes as the city has been encouraged to be an international innovation and technology hub for the first time in the outline of the nation's latest five-year plan, which was approved in March.

Along with that, the city was tasked to be a hub for arts and cultural exchanges between China and the rest of the world and an international aviation hub, in addition to its original standing as a global center for finance and trade.

Ken Chong Yat-chau, CEO of Guangdong Yikuai Envirotech Co, which deals with food waste recycling through green technology, said that Hong Kong has many privileges to give full play to its strengths in finance, trade, shipping, risk management and legal service, as well as art and culture, under the 14th Five-Year Plan and the development strategy of the Guangdong-Hong Kong-Macao Greater Bay Area.

"If Hong Kong's young people can grasp opportunities arising from these industries and development trends, I believe they will be sure to benefit from the policy dividend," said Chong.

Chong started his company, which specializes in researching edible insects and organic fertilizer, in Hong Kong in 2007. In 2019, he founded another company that uses insects to decompose food waste in Zhongshan, Guangdong province. Chong's project won a startup competition and was one of the six teams that in 2019 earned a three-month training stint in Berkeley SkyDeck, a leading high-tech entrepreneurship startup accelerator and incubator program established by US universities.

As an active promoter of circular economy that seeks to reduce waste in the circle of production to cut back harm to the environment, Chong pointed out that circular economy in Hong Kong is in its infancy.

Noting that the Chinese mainland is working toward the realization of United Nations Sustainable Development Goals and carbon neutrality, Chong is confident that Hong Kong can capitalize on the trend to enhance the environmental protection and green technology industry with the innovative ability of Hong Kong people and the research edge of its universities and supporting policies from the government.

He suggested that as an international financial center, Hong Kong should establish more green finance-related funds to bank on the opportunities arising from the Chinese mainland's carbon reduction goals outlined in the 14th Five-Year Plan.

Lam, who was in the finance trade previously, switched his career track to industrial automation, as he is optimistic about the emerging industry.

Lam is now working in Foshan, Guangdong, on developing industrial robots. He has seen significant demand for industrial automation on the mainland, and it is an irresistible trend as labor costs keep rising.

Although Hong Kong is not a major player in industrial automation, Lam pointed out, it can contribute to the trend through its integrated advantage in research and development, technology introduction and financing.

He also called on the Hong Kong SAR to increase investment in this sector and promote exchanges between Hong Kong's industrial robot companies and their counterparts on the mainland.

Only when young people have a grasp of Hong Kong-related contents in the plan, will they begin to think about how they can seize the opportunities behind the words, said Wong, who is also vice-chair of Y. Elites Association.

With the whole world going digital, Wong said she thinks the city's young people should strengthen their own competitiveness by improving digital readiness.